And yet, you may fail. Why so many great ideas never take off? 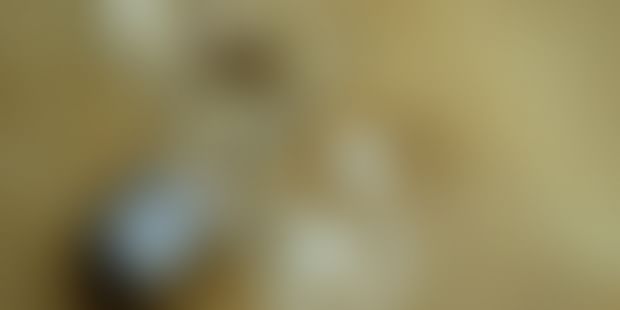 In the world of starry-eyed entrepreneurs, all of who identify a problem / devise a solution / slog to implement it with the vision of relieving people off their suffering - more often than not it’s the entrepreneurs that suffer. And it looks so paradoxical. These are the bravest and intelligent’est, with unmatched commitment and unquestionable hard-work. They mostly do all the right things, from identifying niches and creating 2-by-2 matrix to going Lean and listening to consumers to Pivoting as needed to …. The list goes on.So it’s naturally frustrating when your ‘better mousetrap’ simply doesn’t excite people. You lose faith when the people don’t ‘get it’, and are forced to believe in destiny. Really what could have gone wrong. Let’s see!!

When asked what people expect in a great product, Steve Jobs said they simply want it to work. No mumbo-jumbo, no feature vs. benefit discussion, no pride of awesome design and aesthetics. A product should dazzle its users with simplicity. It should not help people do things easily – the product itself should do stuff effortlessly.

People did not flock to buy the knife that slices bread – but they flocked to buy sliced-bread. And people didn’t flock to Facebook unless it almost gave them the essence of social-networking on a platter. You may remember the ‘Circles’ introduced by Google+, with much fanfare. It almost seemed like a game-changer, yet how many people actively use Circles today? So the bottom line is… User don’t want yet another product, they just want stuff to happen. And that is why

I think the first assumption of entrepreneurship should be that Users will not make any effort to adopt your solution, and the keyword here is ‘effort’. There is a reason we are still saddled with QWERTY keyboards while better designs came and vanished. Is that a bad news for innovation? Not really. All it means is that you need to design your product around how people are used to doing things currently – with minimal disruption to their chores and routines.

User on-boarding is the most important step for a start-up. The user will get to your promised land and become a convert only once they have crossed the initial barrier and explored what you have to offer. Hence it is crucial that you make this process simple and effortless as possible, and don’t spring any surprises. Some companies do it by offering free-trial, others do it by making it look similar to existing popular products / solutions and yet others do it by handholding a new user through the process. You need to keenly observe your closest competitors (in the broadest sense of the term*) – and while your value-proposition may be fundamentally different from competitors, Do everything you can to remove barriers in user’s transition to your offering (In MBA-speak, lower the switching cost).

So far we talked about the switching-cost and user-inertia. And yet, Facebook conquered the world by beating the likes of SecondLife, MySpace and Orkut. It certainly required some effort on the part of users – so let’s get to the missing piece, the second principle, and the holy-grail of user adoption.

If users have to make an effort – they should WANT to make that effort. They will do something not when you tell them it’ll give their life a whole new level of meaning… but when they want to do it. And that is why I’m not sure that Square-vs-round shape of noodles is a big differentiator but we all know why all deodorant ads look so similar.

Universities) and a dead-simple on-boarding process that had users swarming like bees. Infact every successful consumer product – from Gmail to Facebook and from Nintendo to iPod, generated deep craving in the people to get that. Everybody had his or her own reasons to want these products, and the reasons were not necessarily what the company wanted it to be (even if those reasons were being fed by marketing gimmicks).

Therefore, making people want to do is way better than trying to get people to do something. And this can be done either by making people empathize with you / your cause or by helping them get to their own reasons.

In a nutshell, junk all the MBA-Talk of why your product is great and how it solves a real problem, Shift+Delete your presentations - mapping 5 C’s and planning 4 P’s, unless you have got compelling reasons to why people would want your product. And remember, this want is not a function of features, but more often it’s emotional or subliminal.

For the analytically oriented, let’s try to capture it in a formula. Anything new will invariably generate some resistance, often proportional to newness. And hence it’s a Product Manager’s job to cloak the newness and iron-out the creases so that users have a smooth joyride. On the other hand, it’s the Marketing Manager’s responsibility to create attraction / desire / inner-drive / euphoria in user’s minds about your offering. Users need to feel more fulfilled – either for herself or for the rest of the world. They need to believe that by using your product / service, they are helping make a better world.

User Adoption = f(Resistance to something ‘new’, Desire to experience the ‘new’)

** Your competitors are not limited to those with similar offering, but any other product / service that a user may potentially spend time / money on, instead of using your product / service. Thus Coke’s competitors are not just Pepsi, but range from every soft-drink and cold-coffee to Lassi and humble neembu-pani to even plain cold-water. A thorough competitor analysis consists of identifying the broad need you are catering to, and then becoming the preferred choice out of all available options.

Alumnus of IIT-Kanpur and ISB-Hyderabad, Mrinal Srivastava loves exploring versatility and has essayed phenomenally diverse roles in 15 years of Corporate-career plus Entrepreneurship. A techie-at-heart and Social-media enthusiast, he is hard at work to change the world and is waiting for his moment of serendipity. He has launched zammrs.com, a Social platform for Public discussions and Opinion-making – that is positioned to become credible voice-of-the-people.