Kneel Down, Pray, bow to the Spray of Holy Water, but don’t confuse all that with the Blume Model 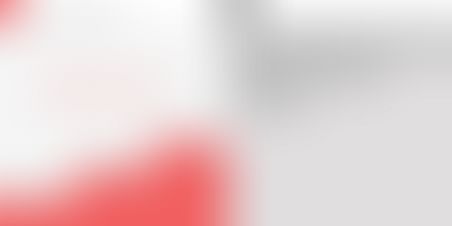 Since most people who meet us want to have an opinion on the nascent Seed Capital asset class in India, we decided to put it out all there in the open. (I thank ecosystem members who have spent valuable time reviewing our reports, which are painstakingly written to share our views on the evolving seed models in India)It's not the first time that Blume gets the tag of “spraying and praying”. I heard it again from one our LP’s (Fund investors) this morning. For the uninitiated, it's a critique of any venture stage model that takes broad portfolio exposure, AND doesn't do much to alleviate any risk.

Blume signed up to play this role. And simply put, we play hard!

There are two questions that will need answering, to judge ourselves and be judged eventually.

1. Do we do enough for our companies? Errr… on what metric? If the only measure is to get to the next level of funding, we’ll never know. If measured relative to what the entrepreneurs could’ve simply done all by themselves? Yes, Of course! We do a fair bit. As compared to anyone else who could’ve invested in our place? Well, the market will decide that over time. We’ll need to ask our founders (and we intend to, soon)

2. Will we get great up-rounds, eventual exits and great IRRs? We are not magicians or tantriks. We are just hard working passionate entrepreneurs who aim to dent the hell out of the early stage ecosystem to look like a golf ball. Once we make those dents, we pass it onto the esteemed VCs and hopefully, founders who are now even more equipped to take a seed-stage company to eventual greatness. What happens post-that can’t be entirely to our credit or discredit.

Let's assume that all seed and venture risk is laid out on a probabilistic scale of 0 to 1, let’s say with 1 being the stage at which the company is ready to exit with at least a 5x from the seed round entry point, and 0 being no chance whatsoever that it will ever make it.

Can these odds move dramatically upward if we sit with the startups for days at end? Ha! I wish! The founders run these businesses, not us. Can we guide them, help them in any which way we can, triangulate and attack every problem from multiple dimensions? Yes – we can and we do all of that. Sometimes, there are 4-5 team resources that are called upon a particular company in a short window – we’re always trying to scale the peak of “low touch, high IMPACT” engagement - like bursts of machine gun fire (pardon the analogy, I’m mostly a pacifist)

So, just to give you a snapshot of the scale of work we put in:

It's a good time to take stock (last annual frenzy was reported for year ended Dec 31, 11 - from hereon, I shall stick to year ending Mar 31 and do last 12 month snapshots – like a good desi firm. This is also formally the first week of Year 3 of our fund)

Disclaimer - these numbers are only those of mine, and while I try to set a maniacal pace at Blume, these can perhaps not be extrapolated to 4-5x since my colleagues go much deeper in terms of engagement with each particular company. And yes, they add much more value at times than I can do alone at a personal level, by inputting in their own special way.

(I wish we had better tools to automate most of this reporting for the entire Blume core team and ecosystem who work on our startups. We will get there too some day....we plan to automate the heck out of some of this - we just hired our first hacker recently)

And as if this wasn’t enough (it isn't enough btw), we've started growth hacking in various tiny avatars - encircling our startups - with assistance on marketing/PR, fund-raising, legal/admin, even our-hacker-on-short-lease and the list will keep grow. We're enlisting and partnering with specialists – we would like to call them "friends of Blume". We’re beginning to see some kick-ass support on these fronts for the startups. Btw, none of this possible without what we call Scale of Portfolio, a scale that no private investor in India has ever seen built in a 24 month time frame.

All still sounds too frenzied - of course it is. We didn't sign up for this to be sitting back in our armchairs.

So, do we know that this model is a sure shot success? Nope. Lots more hard work and continued minimal wages for a few more years at the least before we know that answer - small sacrifices to have changed this country's early stage space if things work out well on fund performance.

Is anyone doing or has anyone done a better job of sustained seed investing in this country? Perhaps – we haven’t been informed of it then - would love to know how we can learn - if there's anyone out there, please do share and let us know how a sustained strategy of delivering 3x or better on a seed fund has been achieved, if that's happened in this country before.

Do we want to defy the odds and change the rules of the game? Sure as hell, we do. Will we work as hard, even smarter and even more diligently? Of course! Do we aspire to be one of the few funds that gets those expected returns? Yes!

Do we have faith in our founders that they will strive to deliver their best? Yes, at least when we cut the seed cheques. Do we know their horoscope? I wish we did collect and analyze those - it would be a good lead indicator. Do we have time to visit churches, temples and mosques and pray for our startups. Nope. We'll leave that to the non-believers.

(Disclosure: I did visit Cambodia last year to see the Angkor Wat complex – there wasn’t much to pray to though, just the discovery of raw architectural beauty and prowess, a vision of some crazy king who wanted to build something out of this world)