Opening tourism in India to Indian Travellers - The HolidayIQ.com Story 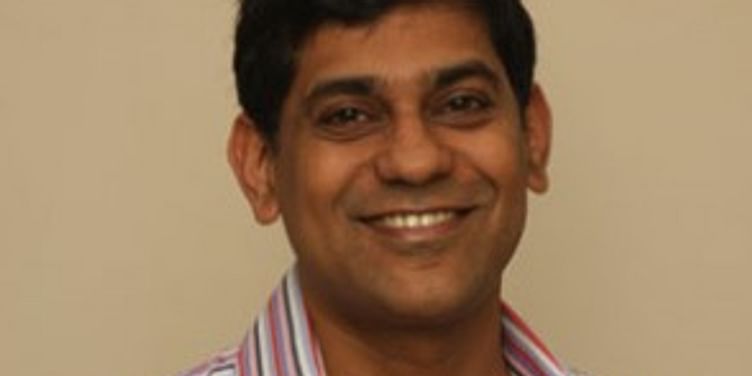 It is said creativity is food for the soul, and that’s why we have hobbies -- something that gives an outlet to our creative side. We pursue them passionately and often wish we could do that for a living. This wish comes true for a select few and Hari Nair, founder, HolidayIQ is one such lucky person. Hari identified that his hobby could fill a gap in the tourism industry in India and thus began his journey with HolidayIQ. Today three rounds of institutional funding later, HolidayIQ has seen enormous growth and touched many lives.

I’ve always wondered what it is like to live such a dream and I got some answers when I met Hari Nair a week back. We spoke about the opportunities in the Indian tourism industry and also got a sneak peek into the inner workings of the mind of an entrepreneur working on what he loves to do, with a sculptor like obsession.

Read on for the HolidayIQ and Hari Nair’s story.

Back in 2006, Hari moved to Mumbai from Bangalore for work: “I was looking for places to go to near Mumbai and people suggested a list of places. I exhausted that list in a week’s time and soon I was going out on road trips with my wife and kids discovering new places in the vicinity.” These trips became famous in his work place, as he became the go to guy for most people to get advice for a weekend getaway. Hari says, “Even the guys who were born and brought up in Mumbai used to come to me for advice!”

This gave Hari one of the first insight’s which was to be the foundation of HolidayIQ.com. He says, “Even today, tourism in India means to cater to foreigners coming to India. There really is no information about these weekend getaways in India.”

Hari foresaw the increase in requirement for such information on weekend getaways and started a small blog called India Resort Survey; a portal that allowed users to log information about the accommodation they stayed at, in a location they had visited. This endeavor would later become what we know today as HolidayIQ.com.

Ahead of the curve and the great Indian opportunity

As with any startup, Hari too had his fair share of adversity. According to him, HolidayIQ.com was ahead of the curve. He says, “The adoption of travel among the average Indian is still growing. So back in 2006 using the internet, it was very difficult to tap into the small segment of people who traveled. The whole VC scene was very new in India, so raising money to sustain the project was also a challenge.”

Most of the content on HolidayIQ.com is user-generated, which added to the heady concoction of challenges. But with some initial seed funding and an institutional round from Accel Partners, Hari and his team pulled through, and today, HolidayIQ.com reports over 50,000 reviews a month.

When asked about why he persisted with the idea, he gave us some numbers to put the Indian tourism industry in perspective. “Last year, about 3 million foreigners came to India as tourists. The number of Indians who went abroad was about 15 million. The number of travelers in India is increasing at 15% per annum. As of last year, there was 400 million trips in India alone. Whichever way you slice it, the Indian opportunity is absolutely huge.”

Opportunities in the future

HolidayIQ.com recently raised their third round of funding. Quiz him about any plans to exit and Hari reiterates his intentions of running HolidayIQ.com for a long time. He says, “Today, we have about 5 million visitors a month. I think that number can definitely go up to 30 million and that will be our main focus in the coming years.”

Hari still has ideas, which are somewhat futuristic, which he has drawn from his comprehensive understanding of the Indian market and observation of international trends. He says, “The number of pilgrimage trips that Indians make is unprecedented and with increasing income levels, I don't see why a hotel chain in important pilgrimage areas won't work.”

Hari is presently focused on finding a partner who can help him understand the consumers better. He says, “Because content on HolidayIQ.com is user-

generated, our site has a listing of 32000 hotels, much more that what hotel listing sites would have.” The rich bank of data has some unique insights to offer, which he thinks can help HolidayIQ.com do some cutting-edge work.Change lives with simple things

As we neared the end of our conversation, Hari shared a very interesting story. “There was a small tea plantation in Coorg, which wasn't doing too well. To earn an extra buck, he opened up his home as a small bed and breakfast for tourists. This worked out very well for him and he has written a testimonial for us thanking us profusely. What worked for him, which I later found out, was that all his residents were treated to his mother's biryani, which was very popular among anyone who went there!”

Hari says it's these little things that make running HolidayIQ.com really enriching. “There are numerous stories like this and I believe reaching a wider audience will benefit a lot more people like our friend in Coorg.”

Ask him if he was satisfied with his work with HolidayIQ.com and Hari says: “so far, yes. The growth has been great. But as an entrepreneur you're never satisfied. It's like being a sculptor. To me, the perfect sculpture that I can build with HolidayIQ.com is to scale massively, bring more people into travel and make a bigger difference in people's lives.”

Do plan your next weekend getaway with HolidayIQ.com.