Coming from Ghaziabad, Edureka is trying to make a mark in the online education space 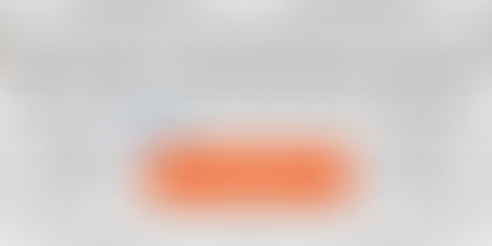 What would you say about an education company that had its inception in a soccer field of an engineering college in Ghaziabad? Welcome Edureka, a live instructor led online education company. Besides offering live training for trending technology courses, Edureka also boasts of a 24*7 support and project based learning for hands-on experience.

Edureka’s journey to success remains unique in its own way. Lovleen Bhatia and Kapil Tyagi started off at ABES engineering college in Ghaziabad trying to understand the needs of students and identify the difficulties faced by them as a part of the routine learning process.  The college chairperson Neeraj Goel allowed them the opportunity to live on campus with students and facilitated them to experiment, even leveraging the college infrastructure to serve their purpose.  Both Lovleen and Kapil bonded with the students over games of soccer. In due course of time they scaled up to 700 students and started with an offline company that had an online presence. Having mapped the fact that students enjoyed online learning more and shared queries and facts frequently over social networking, Edureka went online almost a year later in 2012. With plans to expand into demand technology courses like Hadoop, Analytics and Cloud Computing, Edureka has grown by leaps and bounds over time. The Android program which is a flagship program that they started with, today commands a 20,000 subscriber base across the world.

Lovleen comes with a B.Tech in Electrical Engineering from IT-BHU and had worked with corporate behemoths like Infosys and Texas Instruments. Having published a few international papers, he has also had the privilege of being a speaker at international forums. Today, Lovleen dons the hat of CEO and handles sales and marketing strategy. Kapil, on the other hand  is the COO and takes care of the course delivery and customer service. Kapil, comes with a B.Tech in Metallurgy from IIT-Bombay. He too started with Infosys and later shifted to Noida to start a mobile app venture. Having been friends for a long time, their penchant to get back together got them kicking over a road trip to Himalayas and the idea of a brand like Edureka germinated, which later culminated into a successful business plan.

What also triggered them to think of an entrepreneurial venture in education was the maladies that plague the education system. The larger vision was to start a venture that focuses on practical hands-on learning with industry experts mentoring and instructing students. Edureka places a premium on its students and is proud of the likes of Mehvish Mushtaq, the first Kashmiri girl to have developed an Android App. Variety is what constitutes the student community of Edureka  including a 10 year old named Priyansh Soni along with an octogenerian,  retired electrical engineer in Florida, Joe Verzino who wakes up early morning to chase his passion for learning and attend Edureka’s live classes. Edureka’s student pool also boasts of an international bunch with students from countries like Pakistan, Madagascar, Romania, UK, South Africa, Germany, Singapore, etc.

Speaking of challenges, both Kapil and Lovleen were eloquent on the naivety of the people at large to adapt. Edureka promises no placements which has been quite a hindrance to many that were interested to join. However, the strong emphasis placed on learning has got the right pool of people and therein lie no regrets.

Speaking of personal interests, Kapil and Lovleen share a common passion for sports, road-trips and adventure, lessons of which they have also applied to business life, playing it easy and upholding the sportsman spirit, come what may. Speaking on life as an entrepreneur,they immediately attribute their success to their families who have migrated cities and unflinchingly stood by them in times of crisis. Also, they strongly believe that Edureka could have never catapulted to its present level without its passionate and talented team who have been instrumental in their journey to surge ahead from day one.

Both of them are highly positive of the current startup scenario in India, but at the same time underline that jumping the gun for publicity and not identifying the right target audience is increasingly becoming a challenge for umpteen startups. Steadfast in their convictions, they just broke even and are scaling heights by each new day, trying to make a little difference to the education scenario in India and the world at large.

All said and done, Edureka is not the first startup to venture into the online tutoring domain. A good number of entrepreneurs have a strong belief and vision that the education is headed towards the online medium, and for the good. Only time will tell which one wins the game, and more and more such entrepreneurs with ideas that make an attempt to alter the existing education system are always welcomed with pleasure!

Techsparks 2013, the largest technology product startup recognition platform of India KickStarts on May 18. Join us for this 7 city startup extravaganza!