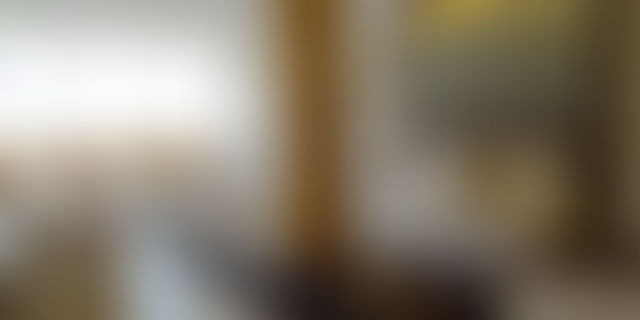 The interiors of Indira Nagar in Bangalore is a beautiful place. It's quiet, green and has some of the best shops, quietly tucked away from the hustle and bustle of the noisier main roads. From

designer clothes to premium chocolate shops, there are some hidden gems waiting to be found in the alleys and cul-de-sacs of this part of town. Each one of these shops tells a story of an entrepreneur. The struggle of starting up and survival and the drive to expand and grow is subtly engraved in the walls of their shops, in their furniture and in their signboards.It was in one such part of Indira Nagar, you'd find what used to be Manjul Gupta's dwelling. This four storied building is one of the seven branches of Bodycraft, a leading salon and spa in Bangalore now. Each floor has posh arrangement of various salon equipment for hair styling, the spa and skin clinic. And sitting in a small glass chamber, was Manjul, who shared how she grew from a small room in the house of an army man to one of the best known salons and spas in Bangalore.

A graduate of Botany, Manjul always thought that she would end up as a professor in a college. She says, "Soon after college I was married off and my husband was in the army. So we kept moving to different parts of India at regular intervals. So a teaching job was never going to work out for me."

During her stay at Kolkata, she joined Shehnaz Hussain's academy to learn the crafts required in a spa and salon. She says, "I used to do a little bit of facial and styling before joining Shehnaz and a lot of close family and friends told me that I was good at it. Besides, it's every girl's dream to look good. That's basically how it started with me."

Ever since, wherever her husband was posted, Manjul ran her salon from a room in her service apartment, building a happy and satisfied client base. More importantly, she was building a reputation for herself.

Falling in love with Bangalore

In 1999, the Gupta family came to Bangalore, which would be Manjul's last army posting. With the retiring of her husband from the Army, Majul braved the leap of faith into starting up, by signing on her first liability - a salon in Frazer town. "I was always in doubt whether the shop would be full at all times and what would I do if no one came. But luckily for me, the shop was always full and we

had to expand to other parts of town as well."That salon was opened by then miss India, the late Nafisa Joseph. Manjul says, "Before she became Miss India, I used to do make up for her and so when she found out that I was opening a salon, she said that she would want to open it for me. Back then I had nothing to give back to her, but she insisted and said that she would take care of the financials. And so when we inaugurated the shop, I got a lot of media coverage. I could only give her a basket of cosmetics back then."

Having a high brand recall value ranks very high in the priority for Manjul. She says, "You need to be honest with your customers and give them the best possible experience at an affordable price. That has been our motto since the start."

The family pitches in

Entrepreneurship requires huge amounts of sacrifice from the family as well. Manjul says, "I think I have been really lucky. My husband, who was a doctor in the army, specialized in dermatology and he was really supportive of this job of mine. My daughter took an interest in this field as well and I sent her abroad to study the craft even better. She still goes abroad every year for short sabbaticals. My son, who is a civil engineer from IIT Kharagpur, was working with Ernst and Young at the time and he too took an interest in what I was doing. He pitched in during the early days, and soon enough he came on board full time. In fact, he has led the business end of things and the expansion. It's almost like god gave me a family in line with my profession!"

Manjul's advice for other entrepreneurs starting up in the salon space is simple - "Be passionate about what you do. You will not this profession for long enough if you don't love it. Secondly, it's the human body you're dealing with; learn everything there is to your craft. This is not an easy job. And finally, be honest and fair - it is the only thing that helps you in the long run."