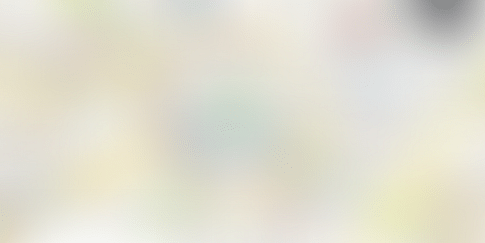 This is part of an educational series on the LBS domain. Through this series, we will explore features of Maps, navigation, traffic and location based services, potential areas and opportunities and companies that operate in the domain.

An interesting addition to navigation systems or digital maps is traffic information, usually represented as red, green and yellow overlay lines on roads to indicate traffic flow. These serve as indicators for congestion patterns on roads.

Have you wondered how companies gather traffic intelligence?

Earlier, dedicated traffic probes that reported density of traffic on roads were the primary means to collect traffic information.

Over the last few years, there has been an explosion in the number of people using maps and navigation on their smartphones across the world. Smartphone maps solutions can host online or offline map data, but they are usually used with a data connection, something that dedicated GPS navigators lack.

Nowadays, many smartphone maps or navigation apps also ask for permission to report anonymous information about traffic. Crowdsourcing traffic and road info this way helps the firms get an accurate report of live traffic that is processed and fed back to users on the street. In short, everyone wins. If a lot of people allow their app to report traffic info, information quality is better. This can be used to dynamically re-route or report congestions or possible jams ahead. (In short, a better system than the Radio 'Jam busters' report, what say?)

Waze is one of the most popular apps relying on crowdsourcing traffic info. Waze is a free GPS enabled app that runs across various platforms and provides navigation, live traffic and reporting info.

Live traffic is often factored into the routing algorithm as well, so that routes can be dynamically altered if there is slow-moving traffic ahead. Of course, this may not always work with road networks like in India, where you often do not have parallel roads that you could take. But at least it gives you advance indication that you could be running late!

Live traffic lets you know which road to take to get to your destination sooner. But by then, you're already on the road, and at best, it works like a mitigation exercise to save time.

But what if you could check for traffic patterns before you leave for your destination? Even better, what if you could have a system when your smartphone app knows that you have to head across town, and using both live and predictive traffic, lets you know what's the best time to leave?

Most traffic processing firms also store historical patterns of traffic. While the systems aren't fully accurate, the true power of traffic information is when it can be used to predictively model events based on live and historical patterns, and offer suggestions that will minimize time on the road. There have been early steps on this front, but this will be the most interesting addition to traffic information in the coming years.

Traffic can also be a great information source about the offline world. Imagine if you had all the traffic information and timestamps in the city. You would know where congestion points lie during the day or where they could be expected. Depending on this, you could dynamically price offline hoardings, or location based advertising.