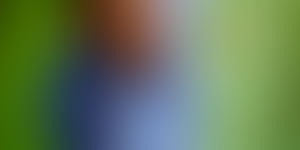 “I am a Kabadiwala by profession, a waste picker as you say,” said Mathew Jose with a sense of pride and confidence. I was sure I have heard it wrong even before he could finish his sentence. This was a call with an entrepreneur from Chennai and I had not dialed in the wrong number. Assuming the disturbance in the background of the call (we were speaking as he was taking the local back home) had made me hear it wrong, I asked him again. He repeated his words with same pride, this time in a little more calm and composed voice.

Mathew Jose is a well spoken and well educated paper man aka Kabadiwala who collects waste paper, plastic etc. He is the founder of a social venture aiming at raising a spirit and developing a culture of recycling – Paperman. He believes that everybody talks about recycling but paper man is the person who acts on it day in and day out. It is his job, his way of making ends meet but more often than not we forget the positive impact he creates on the environment. A paper man is the agent of recycling, in whose absence recycling will just be a concept in textbooks.Mathew started Paperman in 2010 after a year of completing his B.Com from Madras Christian College. Paperman has conducted paper recycling drives in over 100 schools in Chennai and have recycled over 20 tons of waste paper with a team of just 3 members. Paperman also spreads awareness on the importance of recycling and re-using paper in your homes by encouraging the role of paper collectors in the society. With approximately 1.5 million kabadiwalas in India, we manage to recycle just 20% of the 8.5 million tons of paper produced every year.

With the rise in the income of an average urban Indian and the lack of connect between paper man and society, today’s newspaper is just becoming tomorrow’s waste paper. Paperman is an initiative to connect the informal sector of recycling – where kabadiwalas collect papers from households and sell it to the recycling industries/factories at a small margin – with the community. Paperman collaborates with many Kabadiwalas and connects them to schools, offices, corporate and households from where a lot of waste paper can be procured to be recycled.

Paperman is trying to channelize the whole process of recycling by giving an online platform to post or locate a nearby paper man and connecting people to the paper man to sell their waste and get it recycled. Paperman drives a ‘recycle week’ as well where people collect and sell the waste to a paper man and contribute that money to a social cause.

In Mathew’s words, “I don’t just want to build a waste management company, I want to develop an exciting environment where people see the worth of their waste.” When people see a name, locality, number online they connect with and respect the individual behind it more; whom they have earlier just ignored as another kabadiwala around the corner. Being a proud kabadiwala himself and developing the idea to build more effective channel for the recycling has not been a cakewalk for Mathew.Direct action does not happen, a lot of procedures and delays have to be faced before an organization decides to sell their waste paper. In big organizations where the amount of waste is more, the number of layers to cross for a final yes to partner is more too. Mathew says, “You knock many doors, some open and some don’t. There are challenges that have to be overcome. Even personally, my work needs me to reinvent myself everyday.”

Currently present in Chennai, Trivandrum and Coimbatore, Mathew plans on extending the operations of Paperman to many more cities. Speak to him for 15 minutes and it is clear that Mathew has got his idea, approach, planning, and spirit behind Paperman right. Though he feels there is still a lot of innovations which are need to be done in the processes and operations. Only after setting those right will he think of raising capital for Paperman –“Paperman is a toddler now, we can learn to walk and walk well by ourselves. When we will need to run, we will think of a push.”

The inspiration behind Paperman was a paper man who was neglected and not given the due respect which he deserves for his work and Mathew is determined to change the fate of as many paper man as he can while helping the environment.