In conversation with Dr. Venu Kandadai -- inventor of UMA and winner of India Innovation Growth Program 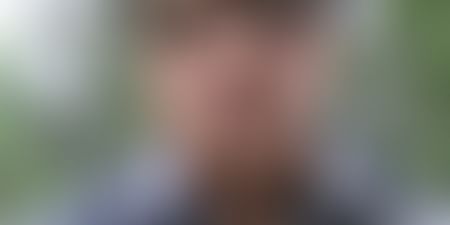 High end smartphones come with a lot of multimedia features, but that also has a drawback – a short battery life. While OEMs are still trying to figure out the solution, taking up the challenge is Dr. Venu Kandadai, who has devised Universal Multifunction Accelerator (UMA) to solve a plethora of problems that exist in the current multimedia technology at one go. Dr. Kandadai is a faculty at University of Hyderabad in the electronics department and worked at Softronics Ltd., Hyderabad post his academic stint and then started up his venture Manjeera Digital Systems.What Is UMA?

UMA, as Dr. Kandadai claims is new and efficient method and architecture for performing computations using patent pending Middle Stratum Operations (MSO) based technology. In layman terms, it is a device with a new algorithm and architecture that is salutary to the mobile manufacturers as well as users. It saves on power and can play a host of video formats that are not currently supported by mobile phones. “Current processors are hardwired and once set with an algorithm, they cannot be reprogrammed. UMA has been designed in such a way that it can support new algorithms and hence is advanced. Again it can play high resolution and memory videos easily without any glitches,” shares Dr. Kandadai. Besides, no special compilers or infrastructure are essential for operating UMA. UMA provides up to two orders of magnitude speed up and less than 10% power consumption compared to existing programmable solutions, claims Dr. Kandadai. UMA is a smaller processor with around 500,000 gates compared to typical custom circuits that comprises over a million gates. The current prototype of UMA can play new video standard (H.265) and several other multimedia functions.

Started in January 2012, Manjeera Digital Systems is a bootstrapped venture and has also received seed funding of $40,000 from Center for Innovation and Entrepreneurship (CIE), IIIT Hyderabad. Manjeera comprises of a team of six people, everyone hailing from engineering background.

Dr. Kandadai and his team emerged winners in the final round of India Innovation Growth Program (IIGP) beating 1500 entries. IIGP is a joint initiative of the DST, Govt. of India, Indo-US Science and Technology Forum, FICCI, Stanford Graduate School of Business and the IC2 Institute at the University of Texas. They have also filed for a patent in India and USA under the venture name of Manjeera. Dr. Kandadai is in talks with corporate bigwigs for the next round of tie-up or funding to market the current version and build the enhanced version of UMA.

Market and its future