How an Indian, a Singaporean, a Canadian and a French started Flocations in just 54 Hours! 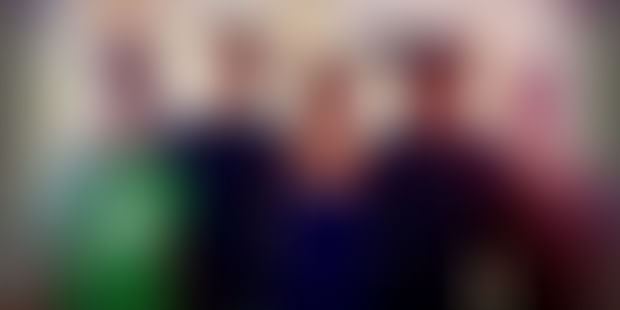 Everyday we tell you startup stories - to inspire and encourage you. We talk about entrepreneurs' journey, often from the corporate to the startup world. Yesterday we happened to meet a startup whose story stood out among all others. Flocations, a Singaporean startup which aggregates travel packages offered by offline tour operators, has a team from different parts of the world, who met and started their venture in 54 hours!

I caught up with the team at their office in the charming Duxton hill area to know more about their journey.

Co-founder Venkatraman Dhamodaran began with the day they met, "April 2011, we were all at the Startup Weekend in Singapore. Florian pitched an idea. Few of us loved the pitch and we brainstormed and built the product and had the website up and running in 54 hours".

Venkat, an electronic engineer from Anna University, Chennai, has previously worked with Logica and Hutch in Bangalore, before moving to Singapore in 2006, when he joined a startup, Affle.

Few months after the launch, the team participated in the Singaporean television programme, Angels Gate, where they were offered funding of $250k, which they refused. "While that move brought us a lot of negative publicity, it gave us the confidence to go ahead with our idea", says Venkat, reminiscing those days.

In the team of 4, while Venkat and Shaw Chian handle the Technology, Florian Cornu is in charge of Operations and Tudor Coman does the Business Development.

The team continued to work part time, meeting at coffee shops and coworking spaces, until January 2012, when they got through to the JFDI programme. Mentorship and the prospect of presenting their pitch at the Demo Day is what took them there. Speaking of the programme, Venkat says, "working in that environment, there's so much energy in that space, it was really motivating”.

Shaw pitches in, "while we didn't see our product completely turn around or fully develop at the programme, and neither did the funding come through immediately after the Demo Day (as expected), the experience and the network we built was excellent".

"We didn't have much user base then and we didn't know how to build it. We worked a lot on that at JFDI, publicising startups is really difficult, and the experience and opportunity with JFDI really helped us with that", elaborates Venkat, on their JFDI gig.

Six months after the Demo day in May 2012, the team found investors in TNF Ventures, an incubator under Singapore’s National Research Foundation Scheme, SingTel Innov8, a corporate venture capital fund of the Singtel Group and Singapore based business angel, Ben T Ball. "While JFDI lets you take complete charge after you graduate, they even helped us with these negotiations", says Venkat.

The team of 4 has now expanded to 8 and the startup is looking at expanding to another country in Southeast Asia in the coming months.

In the last month, Flocation has forwarded enquiry worth (in value) over $1M to the travel agencies registered with them (all Singapore based). "But that was last month, this month, we've surpassed that (growth)", adds Shaw. The traction is mostly all from Singapore, they tell me. The company monetizes the venture through charges on every call/email that is forwarded to a travel agency through their site.

As we end our conversation, Tudor brings up a conversation on mobile applications and its users. Before I know, the team has captured me into what seems like a meeting to discuss their future course of action. The startup which had come together so organically also seems to expand the team similarly! I excuse myself, after promising them a line in the story about their hiring - Flocations is looking for more people to join their adventure. "We might have more people from India in the team then", Venkat says. "That'll be awesome", quips Tudor.