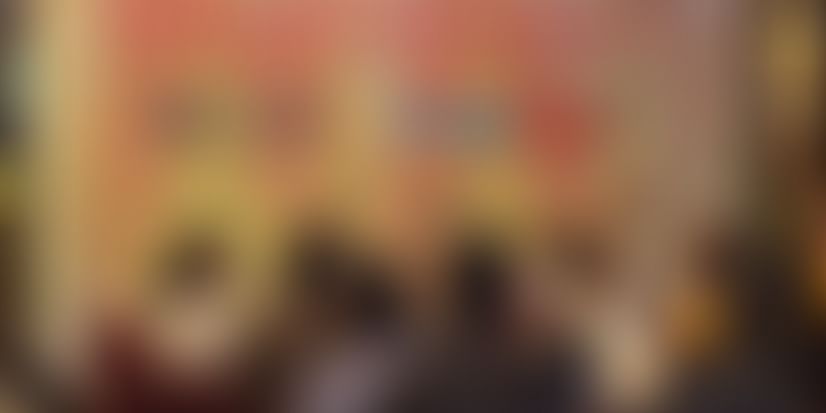 E-commerce - a word that isn’t going to go out of fashion anytime soon in India. On one hand, we have acquisitions and fundings galore and on the other hand there are scores of promising e-commerce players shutting down, across categories. Everyone in the entrepreneurial ecosystem is talking about the sector - Where is it heading? Can new players enter it? Has the barrier to entry gone up? We at YourStory, along with Nexus Venture Partners decided to address these and many more questions on the lips of many in the startup space, with a fireside chat. And we had just the people who would help us out with it.

On one chair, we had Suvir Sujan from Nexus Venture Partners, who was part of the founding team of one of the earliest success stories in the ecommerce space in India in early 2000s, Baazee.com. On the other chair, was Kunal Bahl, who’s neck deep into the affairs of the current Indian e-commerce space as founder of Snapdeal. As Shradha Sharma, founder of YourStory, went about conversing with the past and the present of Indian ecommerce, one thing became very clear - Like many other businesses, e-commerce is a people business and it’s success and failure depends on the people running it. Here are some of the highlights from the discussion from the fireside chat at Hard Rock Cafe Bangalore, with Kunal Bahl and Suvir Sujan.

Thicken your hides and don’t get attached

Kunal shared that the early years of entrepreneurship for him and his co-founder (Rohit Bansal) were those of great learning. He shared one of the many experiences that he’s gone through that made him learn that an entrepreneur must have a thick hide. He says, “I remember waiting outside restaurants to sign them up. You really begin to learn how Indian merchants work; for example, if I was a customer, I would be treated with a lot of respect by the restaurant owner, but if I wanted something from the the restaurant owner, then the treatment is completely different.” He further shared that as 24 year old entrepreneurs, trying to convince merchants wasn’t easy at all. He says, “We tried growing a beard to look older and even that didn’t work. However, something that worked was wearing a coat. I implore everyone to try it out themselves. I mean, if wearing a coat could help so much, I’d even sleep in a coat!”

But it was these experiences that helped Kunal and Snapdeal scale despite multiple pivots. He says, “I think it is very important to not become emotionally wedded to a model, especially when there are signs of erosion and deterioration. We went through a period of time where we did a lot of work but we weren’t going anywhere. It took us a year to launch coupon books and when it did launch we were so happy. We had put in a lot of effort into it. But two months into the product, we realized that it wasn’t working. For us, it was like what Thomas Edison said - every time he thought he was going to give up, something new came up. We kept trying and we kept pivoting. We are very data oriented. When we found that something wasn’t working, we would have those hard conversations and we would would translate our belief to the team. Aren’t we all people run businesses?”

It’s the time for horizontal e-commerce; vertical will take time

Kunal says that there are three main pillars to an e-commerce company - convenience, delivery and assortment. If an e-commerce company today can provide these three things, then it definitely has a great scope to grow. However, Suvir gave the audience a worldwide perspective by taking the example of our not-so-different neighbor, China. He says, “If you look at China, their e-commerce industry is a 150 billion dollars. That is insane. Compare that to India and we’re about 0.7% of India. Now even if you cut down China’s industry by even a factor of 10, that’s 15 billion dollar. Even reaching that mark in the next few years, that will be a huge growth.”

The investor frenzy towards the vertical e-commerce players in 2011, according to Suvir, was due to a lack of understanding of the Indian customer. He says, “If you look at the Indian customer today, they haven’t evolved to buying from vertical players. A lot of the Indian shopping mentality is still inclined towards bazaar shopping. That’s why we’re seeing the horizontal players consolidate and grow in the past few years. However, I believe that we will get to a point where Indians will begin to shop vertical. But that will take a few years. But when that happens, the vertical e-commerce players will thrive.”

And Kunal quietly quipped, “So am I!”

A startup doesn’t need great orators; it needs people who can get S@#$ done

As Kunal initially shared, e-commerce, like many other businesses are built on people, and the session was rightfully ended on the interaction between a startup and it’s people. Kunal shared a very interesting process that Snapdeal follows in hiring. He says, “In the beginning, we hired people because of their ability to communicate properly. While this is important, it isn’t a measure of the effectiveness of a person. Our process involves a series of interviews from various departments and we have very high bars, so it’s not easy to get in. Once these interviews are done, we ask people to present a business plan on how they will go about executing their roles. And surprisingly, many people who have cleared the four-five rounds of interviews don’t turn up for this! Furthermore, eight out of ten people who present, get selected. This is a great filter for us and as a startup, you don’t need great orators; you need people who can get S@#$ done.”

Kunal further shared that a large salary or a challenging work environment isn’t going to attract the best talent to a company. He says, “We did a poll amongst our employees and interestingly, 65% of our people come from small towns. Almost all of them have a relative who runs a small business and they’re aware of the challenges they go through. These people have come and stayed with us because of mission that Snapdeal is trying fulfill. When your company has got this clear, then you will attract the right kind of people. And they stop being employees; they become missionaries.

The talk ended with Kunal’s relationship with one of the most important people in his life - Rohit, his best friend and co-founder. In a chat after the session, Kunal shared, “You know, it was just a matter of time before me and Rohit started something together. He’s the third brother in the family, after me and my elder brother. Yes, there are ego issues while running a company - in the early days, we would have many hours wasted on deciding where a particular logo went on the site. Of course, we do realise now how trivial those things are. But however big or small the difference in opinion is, we make sure that we leave the room after having completely agreed on one thing. It is when co-founders ignore these things, that the cracks become crevices.”

Suvir concluded by saying the same about Nexus’s decision to back Snapdeal - “While there was always questions about how Snapdeal’s business model would pan out, we have an internal policy within Nexus where we have six criterions that define an entrepreneur. One who satisfies all of them, we refer to them as a six sigma entrepreneur. Kunal is one. While on one hand, the opportunity, team etc are driving factors, at the end of the day, we chose to back Kunal. And so far it has worked.”

On the whole, the Fireside chat ended with the audience pouring in their questions and both Kunal and Suvir patiently answered all the questions with great insights.

Pictures from the event http://yourstory.in/2013/07/photohighlights-from-the-fireside-chat/