Rags to somebody? The thirty years of history behind Bartanwale 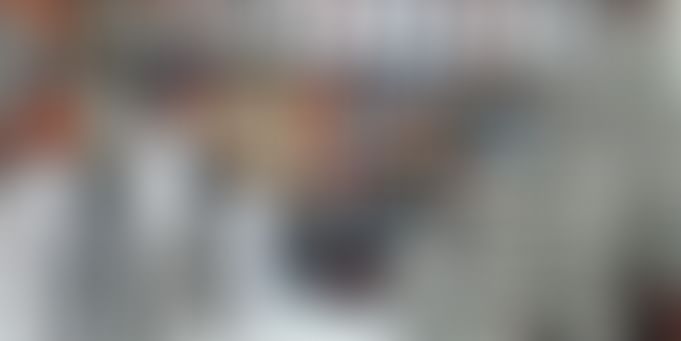 India has had numerous examples of entrepreneurs who went against the tide and made it big way before the term ‘entrepreneurship’ got glamorised. There have been instances of men who’ve spent their lives to build a brand and grow a business; sometimes the legacy goes on, and sometimes it all comes crumbling down. Here, we meet one person who’s seen it all in the Indian kitchenware industry, and his ride has really been a bumpy one. In his 34 years of business journey, he has witnessed more downs than ups, but he is still determined to claw his way back up and this time he has his son along with him. We’re talking about Shantilal Jain, the man who has been a part of the kitchenware stainless steel industry 1987.The beginning

Shantilal grew up in Chennai and started to work at the age of 16 when he was still in grade 10. Once he had saved up some money, ambitious Shantilal started off a company for manufacturing stainless steel kitchenware with the investment of Rs 10,000. Putting in all his all savings to manufacture kitchenware products such as gas lighter and water filters under brands such as Charminar, Shantilal managed to make the brand a recognised name in South India by 1987. The roadmap laid for this business by Shantilal is still followed by 300-odd companies across India, currently.

In 1989, Shantilal Jain entered the export business with small shipment to Sri Lanka but in 1990, he struck gold. He landed on an order from Canada which was 10 times his production capacity and he took it on with the launch of the brand “Shine”. This brand became popular in 20+ countries.

The business grew and, during the mid-nineties, he became one of the first exporters to deliver Indian utensils across the globe. He setup an office in Dubai, UAE, in 1997, and then in Panama in 2001, and later followed by Nigeria, Africa. In kitchenware exports, India was overshadowing China.

In 2004, a big-size utensil manufacturing unit started in Chennai with 1,000 employees with the aim of becoming India’s largest unit within 10 years. The company grew from sole proprietorship to partnership to public limited (closely-held) serving exports to more than 80 countries.

The bump in the journey

But the story didn’t remain all hunky dory; 2006 marked a downturn to the business due to professional and personal issues cropping up like labor strikes, market conditions and family disputes. This was coupled with a few policy changes from the government that didn’t bode well for many businesses.

Shantilal tried to sustain operations by shutting down/merging of international offices and he has been able to do that to an extent. His passion for work remains unaffected and this has been the key.

Humility has also been a big part of what has allowed Shantilal to remain focused. There’s a funny story about an award - “I remember a talk where my dad told me that he received a letter from the Ministry for felicitation for his contribution in 1992 to the Indian kitchenware industry for first-of-its-kind exports (full containers of stainless steel spoons) from India and he thought the letter was from some unknown/fake organisation and he left it”- today, the award is considered to be one of the most prestigious awards in India.

“People in industry know him as magic maker in stainless steel kitchenware industry; and passion for work will never let him sit down,” says Premshri who has now joined hands with his dad to bring back the glory. Shantilal Jain is 50-years-old and aspires to organise the whole kitchenware industry. “We intend to reach 30 crore+ homes in India as kitchenware business in India is still unorganised we are determined to organise this area,” says Shantilal.

Design of the kitchenware has been high on the list in terms of focus for Shantilal. He says, “In design, we lead, everyone else follows!”

Bartanwale was formulated by Shantilal for the new generation of Indians; and Premshri, his son would be helping him in this area. Bartanwale was launched a few months ago and they’re still learning the tricks of the trade in the online world. “We have some of the products which no one else has and this differentiation helps us stay away from the price wars,” says Premshri. Online is still a very small part of the business but they intend to make it bigger with time and as they get expertise.

The journey has been a roller-coaster ride for Shantilal and he is still working to end it on a high. Rags to somebody? Certainly!