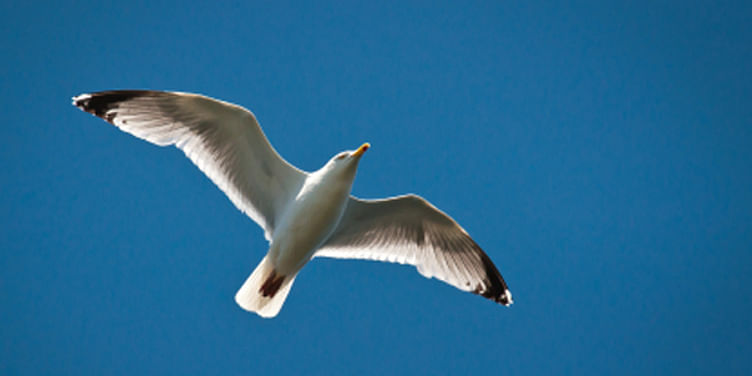 I have aerophobia. What it means is that every time I take a flight, I have an uncontrolled anxiety attack. My hands and feet become cold, I start sweating profusely, and my heartbeat increases incessantly.

To most people, who enjoy flying, this will seem like a funny situation. In fact, so debilitating is this fear of flying for me that, for the last three years, I had stopped flying at all, and just started flying very recently, sometime in the middle of this year. Now, to my rescue, comes a wonder drug (or, so I would love to believe) Petril MD, which I pop up just before boarding a flight.

So, last weekend, when I was flying from San Francisco to Bangalore, I took the medicine, but still sat wide awake on a 16-hour flight to Dubai, and the next 4 hours to Bangalore. And, not to forget, the very thought that I will have to board a flight kept me awake for 24 hours, a day before boarding the flight. Thus, it was three days of no sleep and acute anxiety.

Why I am sharing this here? Because, in spite of my phobia, I have started flying again. It is by no means a joyous experience, but I have started to deal with it.

What transformed for me, from not flying to starting to fly now? I would love to believe the numerous self-help books that I bought on the topic, video tutorials, therapy, etc., worked for me (and, partly, they surely would have), but what’s working for me is my ability to deal with it.

And how do I deal with it? Now, when I board a flight, I think what's the worst that's going to happen? Honestly, the thought of what worst can happen at 30,000 feet is very scary :-), but I have started confronting my worst fear head-on, and realise that if the worst has to happen it will happen, and it is actually not that scary.

It’s my mind that makes the fear more addictive for me. More than the actual fear, it is the fear playing in my mind (in my case, even before going air-borne). The thought of what will be is more carcinogenic and it starts corroding my confidence, ability to relax and deal with it. So, now, I deal with it head-on, and tell my mind, it’s ok, worst or best, I am ready to deal with it.

I have been studying a lot these days on fear and was thinking how similar my fear is to the fear we, as entrepreneurs, carry in our minds, while working on our ventures. Most entrepreneurs I speak to (and myself included) have, to a certain extent, a fear of failure. We say we are comfortable with it, but actually most of us are not.

Our worst fear as entrepreneurs is of being a failure. Many do not even start a venture because, deep down, the mind starts playing this trick of, "Hey, but you might fail, and then what?" This leads to another trait which entrepreneurs suffer from – anxiety. We slowly and surely start becoming anxious – where will the money come from, when will the funding close, when will I get a right team, when will I be able to get the big deal, when will someone just get me, what am I doing…

The good thing is that it’s just not us to blame completely; the evolutionary cycle of humans as a race is partly to blame for our way of thinking. World-renowned psychologist, Martin E. P. Seligman, in his book ‘Flourish’ (a book that needs to be at our bedside all the time), says that as humans we think a lot about what goes wrong and have a propensity to think more about what is bad in life than good. He goes on to say that most of us are not nearly as good at dwelling on good events as we are at analysing bad events, for sound evolutionary reasons. “Those of our ancestors, who spent a lot of time basking in the sunshine of good events, when they should have been preparing for disaster, did not survive the Ice Age."

So, it seems our brains have a natural catastrophic bent. But, the good news is that all of us can change that. Yes, it seems there are two ways of overcoming our fears as entrepreneurs: one, by concentrating on good and everyday practising on positives (and there are abundant books, coaches, your own faith etc., to help you do that); second, by confronting our worst fear head-on, asking what will happen if I do fail.

Please think about this, tell me what your fears are, and how you are dealing with them, while I prepare to board another flight to Delhi. :-)