Looking at startup events from an entrepreneur’s point of view- With Nischal Shetty, Just Unfollow 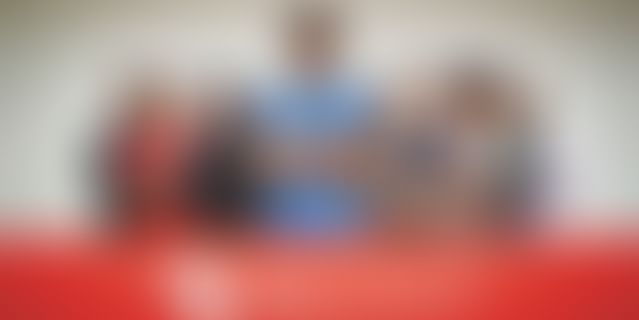 We at YourStory.in host a lot of events and it gives us a kick to see so many entrepreneurs, investors and stakeholders coming together on a platform we helped to build. TechSparks is our flagship event. We’ve seen scale and we’re currently gearing up for the grand finale in Bangalore on October 5. And we say it with pride that TechSparks is the biggest and most followed tech startup event in India with more than 1,500 people in attendance last year to witness 30 amazing companies being unveiled. And it’s only going to be bigger this year.

This is great, but there have been a lot of debates as to if an entrepreneur should pay heed to any of these events? “If you have a product that is valuable, it’ll find its way,” they say. We decided to get in touch with one of our past winners of TechSparks-Nischal Shetty of JustUnfollow. JU is a friend management app for Twitter and Instagram that has 4 Million+ users and they recently launched their Android app as well (see their evolution). Here’s a frank conversation with the young Nischal Shetty on TechSparks:

YS: How did you look at startup events and how has your perception evolved?

Nischal: Frankly speaking, right from the day we started JustUnfollow, we've been focused on building the product and nothing else. So taking part in startup events was not on the top of our to-do list. However, TechSparks happened and I'm glad we participated.

I could see the value in going out and meeting other startups, as I got an opportunity to interact with other founders at TechSparks. I also realized the importance of talking about your product in front of an audience, as the audience connects more with you that way. We received a lot more resumes after the event (smiles).

Overall, I believe attending one or two startup events a year is a good idea. Overdoing this would again be counter-productive in my opinion.

YS: How did TechSparks help JU?

Nischal: TechSparks helped us get noticed in India. It put us in front of a smart audience that involved a good mix of engineers, product guys, investors etc.

I believe one event, one decision, or one employee does not change the fate of a startup, but it's a set of events, a string of decisions, and a team that help a startup grow, and I like the fact that TechSparks was one among the set of events that helped us grow!

YS: How much do awards matter?

Nischal: Awards, getting featured on popular blogs, being mentioned in a popular personality's tweet, being spoken about in a newspaper - all of these are a good morale booster for the team. They also give you the much-needed bragging rights!

YS: What more do you think these events need?

Nischal: An open house where everyone present interacts with one another over beer would be a much-needed value addition (as informal as it can get).

YS: Thanks so much, so what’s JU up to currently and what’s there in the immediate roadmap?

Nischal: Well, we just launched our Android App. We have more than 4 million users now and we’ve seen 18 million visits to our product in the last 30 days. On the roadmap, we'll be launching 'Filters' very soon which will give our users more reasons to unfollow. Using filters you can find verified users following you, users without a profile pic, users who do not tweet in the same language as you and many more such things that will help you make better unfollow decisions.

TechSparks proved to be a good thing in the journey of JustUnfollow and gave them the extra thrust to propel them ahead on the path of growth. There have been many such examples where companies have been able to raise funds, open up networks to strike deals and much more. And if you’re curious to know what’s happening this year, please visit TechSparks and register to attend the startup extravaganza.