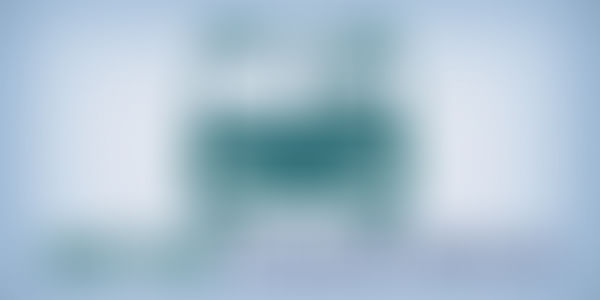 Think online bus ticketing and redBus rings the first bell. There also exist other players in the market like Cleartrip, MakeMyTrip, Paytm, etc., but redBus clearly has a dominance. There are more and more people entering this market as the opportunity to explore it still remains a huge one. AbhiBus.com, which was started in 2007 with the aim of bringing the inventories of the bus operators online and make the bus ticketing process for operators simpler by providing them a SaaS product, has also entered in the B2C market last year. The founder of AbhiBus, Sudhakar Reddy, shared his story of the past 6 years with AbhiBus, the market growth he has seen over the years, and what he feels about the competition and collaboration needed in the space.

Sudhakar completed engineering from Chennai in the year 2005. He then joined GE as an engineer in 2005, but after 18 months he quit to startup AbhiBus. The reason was a very personal one. He hails from Guntur, a town 400 km away from Chennai. When he used to book bus tickets for going home, he used to be charged different prices on different days for the same bus ticket. The agents were the sole sources for getting a pre-booked seat, but many agents had the quota for selling tickets of the same bus journey. Many a time, the same seat was allocated to two people because of lack of communication between them.

He started AbhiBus with the plan of making the process of bus ticket sales organized for the bus operators and transparent for the buyers. He started by creating a simplified process for managing route planning, fare collection, performance of managers and operators, performance of the bus routes etc in 2007 in Hyderabad. He started working on a SaaS model and came out with the product very soon. He was also trying to get some share of bus tickets from the operators and build a business around it but it did not take off and he solely concentrated on making the product for agents and operators better. He convinced some agents to try it out and lent out the software on a monthly basis in the beginning to these agents for managing their quota of seats efficiently. He got a referral to one of the bus operators from some agent and got his first big project of managing 16 buses with 43 seats each using the software.

Convincing the agents and operators for using it for trial was a hard nut to crack, but moving ahead there were more difficulties waiting on the journey. Sudhakar says, “Initially just to connect with the operator and the company owner was very challenging to us because we went to the manager and then he took us to the owner. What we were proposing was opposing the manager’s role in a way, as agent networks were present. We faced a lot of challenges from the managers and the workers of the firms, because nobody liked it. We gave agents a communication channel, and so we faced a lot of opposition as their additional commission which existed because of lack of transparency would go down drastically. Convincing the owners of the bus networks about the advantages of technology in terms of advantages when it comes to money, corporation, easiness etc., was very difficult.”

redBus had already started in Bangalore in 2006. Sudhakar says, “When I moved to Hyderabad there was no redBus in Hyderabad at all in 2007. They had a one-way journey. They were present only from Bangalore to other destinations. We started giving solutions to bus operators. redBus was into sales of tickets and when I had started our motto was clearly just to help the government and later we moved to giving the technology to the operators. redBus was going high on sales and we were going on technology side. We had no competition at all. In fact, we were complementing each other’s businesses. We were acting as a catalyst for growth to each other. Once we had the 640 seats in place, we started sharing the outline of this to redBus, we started sharing the outline to MakeMyTrip and so on. And we used to get the royalty from redBus. We were sitting and enjoying the seats and the royalty from the others. So that was that, we didn’t see the competition in the beginning.”

From 2007 till November 2012, AbhiBus was completely focused on giving the technology to the operators, and in November 2012 they entered the online bus tickets sales as well. AbhiBus.com platform was always present but they never focused on sales of tickets. “We were giving the technology to the operators and slowly we also got state transportation in our portfolio. We got Tamil Nadu RTC in the beginning and then Uttarakhand too. Today, we have four state transport corporations in our portfolio. All this while we were focusing on technology, and last year we decided to focus on our initial plan of selling bus tickets. We are giving our technology to 100+ operators and 4 state governments. We are giving the seats’ inventory to them. Our association with redBus is still continuing. We didn’t discontinue anything, we have just added on our sales side.”The dominance of redBus in the bus ticketing market and many other players too does not bother Sudhakar. He says, “Only the private operators’ market size is Rs 15,000 crore. And the state transport unit is around Rs 25,000 crore. So, put together, we have a Rs 40,000 crore market. Of that, totally less than 10% is online today. Rest of it is in cash sale, counter sale, bus station, or inside the bus, or whatever. The online penetration level is growing year by year in a rampant pace. Just selling is not the only criteria today. The support to operators and customer service matter a lot. How the customer goes from buying a ticket to boarding the bus is the actual key. There are close to 400-500 private operators with no name, no identification. The industry has to evolve a lot rather than just looking at the competition between two companies.”

Sudhakar admits that not entering the B2C space earlier was a mistake. “I should have decided to enter B2C. I think I should’ve moved from B2B to B2C earlier. I had a clear cut opportunity in my hand and I delayed it. We are mainly in the southern region of India and are doing close to 7,000 transactions every day. Now I have a strong team from reputed companies and 7 years of experience. Now the team is where we want to focus. We have a strategy and we know where to focus.”