An economist's journey to becoming a designer and the story behind Brass Tacks, a fashion label 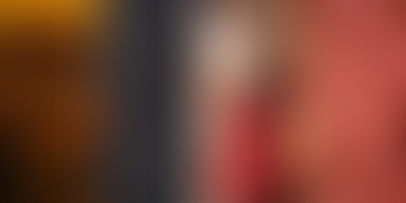 Anaka Narayanan studied Economics at a small liberal arts college called Reed College in Portland, Oregon (US), more than a decade ago. She was interested in development economics and all her internships up until then were related to education and rural development in India. But circumstances were such that she ended up working at an economic analysis firm (NERA) in New York city after college.

“I wasn't passionate about the work I did there (class action lawsuits), but I loved the city. I was earning a salary for the first time, and I started taking more effort over the way I dressed,” remembers Ananka. This was the Summer of 2004. It was during this time that she thought about starting a fashion label. The idea began more out of personal necessity. “When I went shopping in New York I saw a lot of silhouettes that I liked, and I admired the clean lines and neat tailoring. However, I longed to see those silhouettes in hand-crafted and hand-woven fabrics that I was familiar with,” says Anaka.

Ananka also had a history with retail. Her mother co-founded a sari retail store when Anaka was born. Her mother's taste in handwoven, block-printed and ikat sarees influenced Anaka's taste in textiles and fashion. “When I made trips to Chennai while I was working in New York, I was disappointed that I couldn't find affordable brands that used Indian textiles on modern silhouettes,” says Anaka. Everything she found seemed loose and shapeless- far from the fashion-forward silhouettes she saw in New York. She felt there had to be a strong need for what she was looking for and thus was born Brass Tacks which means coming back to the basics.

She moved back to Chennai in the Summer of 2006 and started her own fashion label. She intended to find a designer partner and atake care of the business side herself but on advice of a friend, she took up designing and is now in a position where she wants to focus only on the design side. But she has managed to both over the last six years and currently manages a team of 25 that run Brass Tacks.

Brass Tacks has a blossomed retail outlet in Chennai and plan to open one more in the next six months. They retail out of boutiques in Goa and Bangalore along with an online store which pushes their sales. “The business is now at a stage where we have to expand. Aside from growing the online store, I'm thinking of starting another line that has more flowing, draped silhouettes. We're also going to experiment with men's shirts,” says Anaka.

This season, the Brass Tacks team has gone back to its core philosophy: translating hand- crafted textiles into cosmopolitan silhouettes. The difference is that in this collection there’s a stronger emphasis on the textiles and the craft of making the textile itself. The garments in this collection are, therefore, a mere interpretation of these textile crafts for an urban audience. Check out the collection and more on their online store.