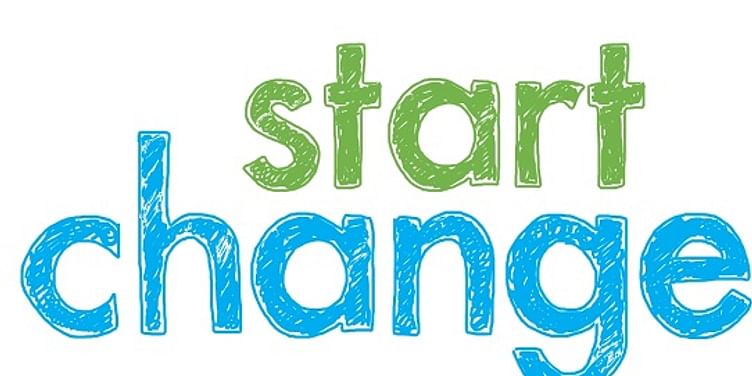 Social entrepreneurs are an ingenious lot. They use their head, heart and creativity to come out with ideas that prop up the bottom-line that also have social and environmental impact. Triple bottom line maybe a nice buzzword, but achieving it can be very challenging, and sometimes downright impossible. Most social entrepreneurs are born innovators: they innovate on products, services, business models, supply chains, financial processes, marketing and finally on how they deploy the profit they generate.

At SocialStory, we come across a variety of social enterprises with different business models, and over time, some of them have caught our eye. We present 14 of those social enterprises from around the world. You maybe familiar with some of these like Toms Shoes and Kiva, but we hope to surprise you with some that you haven’t heard of before. Please note that we have consciously not mentioned any India-based social entrepreneurs.

WGAC is trying to build toilets, by selling one toilet roll at a time. There are 2.5 billion people all over the developing world who can’t afford access to a toilet. This leads to time wasted, health problems, death and situations of potential embarrassment. Three guys from Australia decided to do something about this.

Instead of taking the problem head-on by raising funds and building toilets, they decided to take launch a non-profit and plough back 50 per cent of the profits into giving poor people access to proper sanitation. All their toilet paper is chemical-free and made from 100 percent recycled paper.

They kicked things off with a crowdfunding campaign on Indiegogo in July 2012, when Simon, one of the founders, sat on a toilet in the WGAC warehouse and refused to move until they had raised enough pre-orders to start production. By the end of the campaign they had generated a ton of publicity and raised $50,000, and a company was born.

Can the power of a tee shirt change the world for good? The folks at Sevenly certainly think so. To date they have donated $2.7 million to different charitable causes around the world.

Sevenly was founded in 2011, by Dale Partridge and Aaron Chavez, when they got together with the mission of leading a generation toward generosity. They began by creating weekly cause campaigns where they gave $7 to a weekly charity for every purchase made. Sevenly serves a dual purpose of crowd-funding for causes and driving massive social awareness at the same time.

Kiva’s online platform helps people lend money to those in need and deploys the capital through its field partners.  Donors go through personal stories of individuals in need the loan and make a choice on who to lend. Kiva earns no interest on the loans being supported by its users, corporations, and national institutions.

Headquartered in San Francisco, Kiva enables individuals to lend as little as $25 to help alleviate poverty. Loan seekers, surprisingly repay their loan 99 percent of the time. Kiva lends more than $2.5 million every week, and gives out a loan every 8 seconds.

It is an eco-fashion brand that make organic clothing for men and women natural fabrics in an ethical, wind powered factory. All of Rapanui can be traced from from seed to shop. From where exactly the products come from and how and where they are made: We’ve also developed a new, Sir David Attenborough describes Rapanui as “a most interesting and valuable project.” What’s more, last year the company spent £16000 helping young people get placements, jobs and start new companies.

Trabasack lap desk bag is an award winning British innovation. It was started after Clare and Duncan’s son Joe was born with Dravet Syndrome (a condition which causes severe epilepsy and learning disability), Clare (herself on a wheelchair) created the first Trabasack as a wheelchair lap tray designed to be safe and easy to use for Joe. They made the product commercial after receiving several inquiries.

The designs are highly fashionable and have been featured in GQ magazine and the TV show Britain’s Got Talent. Trabasack donates 10 per cent of their profits to charities and assist other social enterprises whenever possible. They also obtain services from other social enterprises whenever possible. Trabasack sticks to a strict ethical and environmental sourcing policy. Trabasack lap desk bags and accessories provide freedom and accessibility that aid social inclusion.

Here’s yet another company that proves that you can be trendy, stylish and at the same time be socially conscious. The company started by making a better water bottle using plastic and glass. Currently is the exclusive bottle company for the charity WaterAid and gives them all their profits. Belu Water has committed $484,000 over the next three years and a promise to transform the lives of 20,000 people over the next three years. The company used recycled material, is 100 per cent carbon neutral and does not export its products.

This San Francisco-based organisation helps professionals use their skills to volunteer for charitable causes. The social enterprise charges a small fee to the charities and foundations who avail of the time of the volunteers. So far it has been a big hit. Professionals get to hone their skills and work for big organizations who may not necessarily have hired them. Non-profits and foundations get to hire top quality talent at a fraction the cost it would have normally cost them.

This Italian social enterprise has been around for the past 35 years offering a free drug rehabilitation program. San Patrignano also generates revenues from products and services that range from a pizzeria and home design to horse shows and graphic arts. Having been around for almost over 30 years, clearly they’re doing something right.

The skills that the reformed drug addicts learn helps to get jobs when they leave the rehabilitation centre making the process of reintegration smoother.

soleRebels is a creator of craft cool and comfortable eco-friendly footwear using raw materials like jute, recycled tires and organic cotton. The social enterprise uses local artisans and employs modern design sensibilities to create their shoes. soleRebels was started in 2004 at Zenabwork, a small village in Addis Ababa, Ethiopia as a means to generate jobs for the local population. In time they have created a sustainable, global, fair trade footwear business that is sold in over 30 countries around the world using 100 per cent local materials.

The poor are notorious for making very bad decisions when it comes to health, spending, buying and so on. There are enough studies to suggest that its not really their fault because they are hardwired to not employ wise counsel. Can dangling a carrot change the way the poor behave? The founders of New Incentives think so. They try to bring on behavioral change by incentivizing the poor when they fulfill certain conditions.

In 2011, Toms diversified into making eyewear, again with the same promise of ploughing part of the company’s profits into restoring the sight of an individual from an impoverished community.

D-Rev is a non-profit product development company whose mission is to improve the health and incomes of people living on less than $4 per day. They work or have worked in India, Haiti, Nepal, Ecuador, Uganda, Kenya, Tanzania, Nigeria, Sri Lanka, Botswana, Bangladesh and Iraq. Some of their products include a cost-effective device called Brilliance to treat new-borns with jaundice that helps hospitals save over $200 per year on costly bulb replacements, a low-cost, high-quality artificial knee called the ReMotion Knee, a solar starter kit that costs $50 dubbed Rise Solar, low-cost methods to pasteurize milk and using affordable devices to improve lives of farmers.

Divine is the only Fairtrade chocolate company which is 45% owned by cocoa farmers through the Kuapa Kokoo farmers’ co-operative of Ghana.

While Fairtrade ensures farmers receive a better deal for their cocoa and additional income to invest in their community, company ownership gives farmers a share of Divine’s profits and a stronger voice in the cocoa industry. Fairtrade ensures farmers receive a better deal by guaranteeing them a minimum price of $2000 per tonne which protects the farmers from the volatility of the market.  Being an owner gives farmers a cut of the profits, and with two seats on the board, a voice in the cocoa industry. Divine chocolates are available across USA, Canada and Australia, across Europe, and in South Korea and Japan.