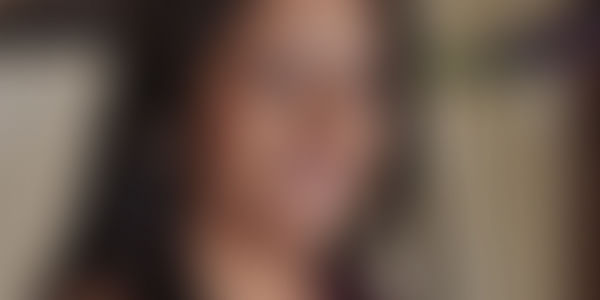 The Haware Group is a well-known name in the construction business in the Navi Mumbai and Thane region. Founded by Satish Haware in 1995, the group is known for its affordable housing projects that made it a household name. The Rs 750-crore conglomerate is among the Top 10 names in construction business today, and is now constructing buildings even in far away areas as Palghar and Karjat in Maharashtra. Those in the construction business would know about the untimely death of Mr. Haware in 2005, when their business was at its peak. Not only did he leave behind a thriving business on which many lives were dependent, he also left behind a bigger void of dreams and ambitions that he had seen as an entrepreneur.

Ujjwala Haware was the happy housewife and mother of two, who would also visit the office, “because Satish never wanted me to be restricted to just the household.” A trained architect herself, Ujjwala was involved in the business very early on, and was the one person with whom Satish would share his dreams and ambitions of reaching for the stars. And this close bond that they shared made Ujjwala take on the responsibility of carrying on her husband’s dream within 12 days of his sudden demise. The new mother – who had given birth to her son just 7 days back – had to choose responsibility over motherhood.

Since taking over the responsibility in 2005, Ujjwala has not only ensured the continual success of her husband’s dream, but she is now taking new strides into areas that had so far not been explored by the company. We recently caught up with Ujjwala Satish Haware to discuss the different facets of her life.

Ujjwala got married while she was still in her final year at architectural college. Her family responded to a big matrimonial ad placed in a Marathi newspaper, which read “A famous architect from Navi Mumbai is looking for an architect bride from the Vidharbha region.” Ujjwala herself admits in the book, ‘And so he lived on’ – a memoir of the time she spent with Satish – that the wedding turned out to be a gamble in which she was lucky to get what she wanted.

The arranged marriage helped her meet the man of her dreams as Ujjwala slowly realized the dynamism of the man she had married. Satish not only inspired her, he always considered Ujjwala to be his partner in every form – personal and professional. So the young bride started visiting office and working on project designs right from the beginning. However, the birth of her daughter kept the young mother away from office, as family responsibilities started kicking in. But what never stopped were the long discussions she would have with Satish on his plan for the Haware group.

In fact, these discussions and sharing of dreams between the husband and wife, also made Ujjwala choose the subject ‘Housing approaches for the homeless’ for her thesis in final year of college – something that her husband had also chosen during his last year of architecture. Ujjwala admits that she had always been in awe of Satish – for the way he handled his relations, his capability to execute and his love for life. “I consider myself lucky to have been married to such a good human being,” she admits.

Satish and Ujjwala both come from very humble backgrounds, and it is sheer grit and determination shown by them that is making the Haware group flourish. Before turning builder, Satish was an architect and during the time he practised, he built good contacts in the space. It is the same contacts and group of acquaintances who showed faith in him when he turned entrepreneur. “Our first project was in Kharghar which was nothing but a barren land. Even travelling to the site during rainy season would be difficult as there were no proper roads,” shares Ujjwala about the first project of the group. While land was very cheap at that time, coming from humble backgrounds the Haware’s didn’t have much wealth of their own to buy the land. But the faith reposed in them by Satish’s old customers and contacts helped them every step of the way. “Satish was a very amicable person, very talkative and someone who could win everyone’s hearts. He was also a very dependable person and during that period when builders were running away with people’s money, people trusted Satish for his honesty and uprightness,” shares Ujjwala.

Satish also had a huge appetite for risk, and Ujjwala says that was probably what made him stand out from others in the crowd. “He was a very high risk taking individual, because he believed in himself, in his education. So he thought if I fail here as a builder, no issues, I will start again my practice as an architect – he felt he didn’t have anything to loose,” says Ujjwala. And as she was architect herself, they were ready to face any problem that came up together. “His decision-making was very perfect. He could take decisions and had the vision needed to make that happen,” she says. Today, as the chairperson of Haware group, Ujjwala says this visionary approach of Satish always worked as a motivation for everyone around them.

Another trait of Satish was his love for social work. Satish was personally involved in the rescue operations of the 1993 earthquake in Latur and the 2004 tsunami in Chennai. “After completing 45 years of work he was planning to give the businesses to someone else and go and work for the upliftment and betterment of adivasis in Chikaldara, Vidarbha,” says Ujjwala. Even today, the Haware group runs many charitable book banks and study centres in Navi Mumbai, Thane and Mumbai. Even the concept of affordable housing – that the Haware group is well known for — came from the thought of being able to provide a house for all.

In the book she has penned down, as a reader we understand Ujjwala was doted upon a great deal by her husband. He took care to ensure she never had any problems, and it would not be wrong to say, that he pampered her in every way. Therefore when Satish met with his sudden death in a car accident, the courage to accept the harsh truth, we can imagine must have been earth shattering for Ujjwala. But it is perhaps the strong bond that she shared with Satish, that spurred Ujjwala to wipe her tears and stand tall to shoulder the responsibility of their fast growing business.

“Whatever time I spent with Satish I was always in awe of my husband. He was a very wonderful person, and had too many good qualities. We would discuss his dreams and ambitions, what he wants to do and I was as enthusiastic as him to see them fructify. So after his demise, it was just not possible that I should just let it go, I wanted to fulfill his dreams. And because of all the communication we had between us, I think I could stand up as early as possible after his death. And I decided I didn’t want to just sit and cry,” says Ujjwala. Her family stood by her as the biggest pillar of strength – both her in-laws as well as her parents – who supported her in the difficult time.

Ujjwala admits that after Satish’s death things were very difficult and there were many challenges in the beginning. “Many people stood by me, but many also took me as a soft target. So I had to deal with many court cases, criminal cases. But that I think is the part and parcel of this business and by god’s grace I had the energy to face it,” she says. But never once was she ready to give up, because here Ujjwala not only had to fulfill her husband’s ambitions, but also wanted to show what the mettle that a woman is built of.

Satish Haware introduced the concept of Nano housing. Here a normal 1BHK would be reduced in size by 25%, which in turn reduced the price of a 1BHK by 25% and therefore became affordable to the buyer. When they started business, nobody was constructing 1BHK or 1RK and therefore in Navi Mumbai, there was shortage of affordable houses. This opportunity was spotted by Satish and the Haware Group introduced affordable housing. “Before the 1995 fall, there was a huge boom and then came the fall. In places like CBD Belapur, there were only big flats and when the market tanked flats were lying unsold for a long time,” shares Ujjwala. However Haware Group continued to do brisk business even in the downturn and one of their projects – Nisarg, which was located in Padga – they managed to sell out completely within just two days of announcing the project launch. 550 flats were sold within 2 days from the launch of bookings.

Today the group has projects in Thane, Mumbai, Palghar and Karjat, which Ujjwala is spearheading and running very efficiently. However her dream remains to build another project like ‘Shramik’ – which Satish had constructed in Kharghar. “Shramik is a very nice project that we have done in Kharghar. It is very close to our hearts and was Satish’s brainchild. This project was for those who didn’t have salary slips and who don’t get loans, so people like hawkers, autorickshaw wallas, house maids and such. People who have money but don’t have any pay slips, because of which banks are not willing to give them loans,” explains Ujjwala. Haware group built 200 houses of 1RK costing Rs 2 lakh each, and offered it to this segment of the people. They also gave loans to these people from their own finance company, and Ujjwala shares very proudly that none of them defaulted on the loan and everybody paid back.

“We have not been able to repeat that project, as house prices have gone up a lot and giving a house for such cheap rate is no longer possible. But in the future if we can do this again, we would love it,” says Ujjwala. As of date the Haware Group has housed 45,000 families. As a woman entrepreneur, Ujjwala was not taken seriously by people earlier and many even took advantage of the fact and tried to cheat in business. But today all that are distant things and the Haware Group headed by their chairwoman is one of the fastest growing construction companies in Maharashtra.

While business is doing great, one thing that sometimes makes her feel guilty is not being able to give enough time to her children, especially her daughter who would love for Ujjwala to just be with her. “We ask children what they would like to be when they grow up right? My daughter says she wants to be a housewife. Many of her friends’ mothers’ are housewives and she has seen they spend lot of time with children, therefore her wish,” laughs Ujjwala. However, she makes time for them whenever she can, and they still go for holidays twice a year and take family picnics whenever possible. While she manages both her roles very efficiently, on the professional side, Ujjwala says she wants to expand outside Maharashtra and make the Haware brand to a well-known name within the country.

We salute Ujjwala’s courage and determination. All the best!