2013, the year of Enterprise software startups. Was it? 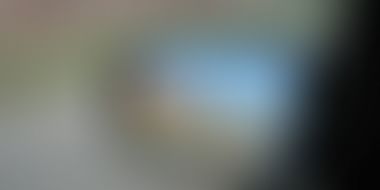 At the beginning of the year, we came up with a prediction for 2013 saying that it is going to be the year of enterprise software startups. Gartner projected the enterprise application software to grow to $157.6B by 2016, attaining a 6.5% CAGR. Building an enterprise company is a challenging ask and you generally see entrepreneurs with prior experience entering the space. Why?Well, B2B businesses are the ones which sell to businesses and are very different from their counterpart B2C businesses which tend to be glamorous and attract a lot of attention. Mike Holt, CEO of Singapore enterprise incubator Get2Volume gives some of the differences between these two businesses:

And a B2B internet business in India especially becomes difficult due to various reasons ranging from low technology adoption in businesses to absence of habit of paying for software. “Indian customers tend to be the ones who like instant gratification. The cultre of paying for software will come but it will be incremental. The customer needs to see the results of the small sum she pays first up. Post this, she will pay more if the results are there,” says Ambarish Gupta, the founder of Sequoia based Knowlarity which is a cloud telephony company.

In general, enterprise companies are formed by entrepreneurs who've had previous experience and know their space very well. They're in it for the long haul. Many Indian companies like FusionCharts, Wingify and Webengage have hung in their to eat the fruits of persistence. “We have more than tripled our revenue run rate and we are meeting all other big strategic milestones on the product side. I'm extremely proud of our ever-growing team,” says Valerie Wagoner, the founder of ZipDial, a company based on the concept of missed calls (has received followup funding rounds).

Pricing is a huge dilemma for enterprise companies as many of the companies as it is very hard to determine an optimal range for which customers will be willing to pay. We had earlier done a post that details on pricing for SaaS products that laid stress on how the successful companies have done it.

Another major trend this year has been the global focus for companies. It has become essential for companies to think globally for scale. “A major trend we've seen, especially with enterprise or B2B model companies is the expansion outside of India. That is a mission we have also undertaken with ZipDial's launch this year in Bangladesh as well as Sri Lanka. We may even have our fourth market to add to the list before the year is over,” says Valerie. Wingify crossed 2500 paying customers in more than 75 nations and Paras Chopra, the founder did this without raising any venture capital. Knowlarity also went international and we're also seeing more and more investors pushing their companies to have an international office (read more about GSF's Singapore Push).

All in all, it has been a good year for all the enterprise companies that were touted to do really well this year: WebEngage, Wingify, Knowlarity, Exotel, Zipdial, FusionCharts, Freshdesk, etc. There has been some negativity in terms of drying up of funds post the seed stage and companies not having enough exits but it is also a time when many entrepreneurs are coming off age. The initial glamour of entrepreneurship will start tapering off and the more serious realistic entrepreneurs will remain. The year for enterprise companies has been encouraging and with the global outlook coming in, the next year will probably see a further consolidation of the existing successful companies and entrepreneurs coming up with more solid international businesses.