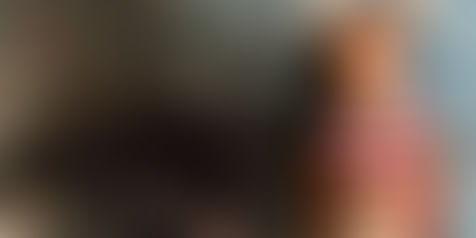 November was a month when both India (Children’s Day 14th November) and the world (UN designated Universal Children’s Day was on November 20th) celebrated children. It will be fair to say that a nation can be judged by the way it treats its children. On that count, India metes out suffering, neglect and insecurity to millions of its very young: especially those from poor and marginalized communities. According to a 2006 study by Reuters AlertNet, based on inputs from a panel of more than 100 aid experts and journalists, India was ranked as the sixth most dangerous place to be a child. More dangerous than Afghanistan, the Palestinian Territories, Myanmar, and Chechnya. Shocking yes. But there maybe some truth to that statement. Dangerous does not necessarily mean living under the threat of gunfire, kidnapping and landmines. It also means the inability of a nation to protect a girl child from being culled in the womb, provide healthcare after birth, feed its children, send them to school, prevent them from working and keeping them safe.

When questioned by the venerable English daily The Hindu, as to why India ranked above countries like Afghanistan, an official from Reuters AlertNet responded with this statement: “We ourselves were surprised by India’s inclusion on the list.” She also said that the term “dangerous” was not explained to the respondents because it could “mean many different things” but they were given a list of factors which, the Foundation thought, could make a place dangerous/risky for a child. These were: physical violence of any kind (outside or within the family); mental violence; displacement; sexual abuse and trafficking; early marriage; child labor; a lack of formal identity, including birth registration; the absence of parental care; detention without sufficient cause; a lack of freedom of expression; discrimination on the basis of gender, ethnicity or disability; poverty; HIV/AIDS and other diseases; a lack of vital services (including education and healthcare); and hunger.

After non-profit Child Relief and You (CRY) released a report on the state of children in India, earlier this year, Puja Marwaha, CRY CEO had this to say: “Children are invisible citizens of this country. We have the largest population of kids in the world and yet there has been no national data to check the nutrition level of children since 2005. We are talking about various laws and policies that are being introduced as rights for children but are they availing the same?”

We look at five reasons why the vast majority of children from under privileged and marginalized communities have it rough in India.

You’d think that a country that has the third largest economy in the world and is the number arms importer (importing $12.7 billion in arms) could save more children when they are born or en route to turning five. But India doesn’t. The country has an infant mortality rate of 63 infants per every 1,000, and more than two million children die every year from preventable infections including measles and tetanus.

Yes, there has been improvement, but at the current pace – according to a report by UNICEF and the National Institute of Medical Sciences (NIMS), Indian Council of Medical Research – the country is unlikely to achieve the Millennium Development Goal (MDG) 4 of reducing under-five mortality (U5MR) by two thirds between 1990 and 2015.

The reason for this is fairly obvious. Expectant mothers do not get access to healthcare, skilled birth attendants or postnatal care. For those infants who do survive, the prevalence of early childhood illnesses poses a serious threat to their growth and development. In addition is the problem of malnutrition, which severely affects a child’s capacity to learn and grow. One in every three of the world’s malnourished children lives here and about 50 per cent of all childhood deaths in India are attributable to malnutrition.

Although one of the major causes for malnutrition is inadequate food intake, it is influenced by other factors too. The availability of health services and access to them, the availability of care for the child and the pregnant women, the quality of that care, whether acceptable hygiene practices are followed or not are important contributing factors.

In India, around 46 per cent of all children below the age of three are stunted, 47 per cent are underweight and at least 16 per cent are wasted. Malnutrition affects not only physical development, but can severely alter mental capacity as well. This in turn negatively affects a child’s social, psychological and emotional well being taking a heavy toll.

Food intake alone, does not contribute to malnutrition, but the quality of what is ingested and balanced mix of carbohydrates, proteins and fats. As always the girl child is more adversely affected that the males, because of her lower social standing. According to UNICEF data, inadequate vitamin and mineral intake means that 74 per cent of children under three are anemic. When it comes to adolescent girls, this figure jumps to a whopping 90 per cent. Iodine deficiency (reduces learning capacity by up to 13 per cent) and Vitamin A deficiency (causes blindness and increases morbidity and mortality among preschoolers) are also quite common.

India has the most number of young people in the world. It also holds the distinction of being home to the most of number of child laborers. Close to 13 million children are forced into working part-time or full-time for a living. These children work in deplorable conditions, doing hard and sometime dangerous labor for 14-16 hours a day. They are employed in industries like quarrying, mining, zari embroidery making, agriculture, prostitution, fireworks and beedi-making.

Alarmingly, between the 1991 and 2001 Census, the number of children who work for a living has only increased, from 11.28 million to 12.59 million. A 2011 UNICEF put this number at more than double the official figures stating that more than 28 million children in India between the ages 5-14 are engaged in child labor. The solution seems to be more in dangling the carrot than wielding the stick. India’s 1986 prohibition law against labor by children under age 14, makes hiring a child a punishable offence, with up to two years in prison, a fine of Rs. 50,000 or both. But a recent paper has come up findings, that post the ban, families have become poorer. The paper titled ‘Perverse Consequences of Well Intentioned Regulation: Evidence from India’s Child Labor Ban’ points out that household expenditure, consumption, calorie intake and asset holdings, households were all reduced after the ban.

The only way to completely eradicate child labor is to reduce poverty, and offer incentives to parents for not letting them work, and sending them to school.

According to a 2011 report from UNICEF, India has made rapid strides in universalizing primary education, thanks to the twin schemes of Sarva Siksha Abhiyan (SSA) and the Mid Day Meal Scheme (MDM). Between 1991 and 2001 the country improved its literacy rates from 52 per cent in 1991 to 65 per cent in 2001. To be sure, there has been a huge improvement since India gained independence thanks to the huge effort and investment made by the government in primary schools, which have increased from over 19 million in the 1950s to 114 million by 2001.

In 2009, India introduced the Right to Free and Compulsory Education Act (known popularly as the right to education or RTE Act). The Act states that all children from the ages of six to 14 have the right to free schooling. In spite of this 20 per cent of children aged six to 14 do not attend school.

Earlier in the year at a media roundtable on the “Progress of the RTE Implementation,” Louis-Georges Arsenault, UNICEF Representative in India said: “There has been progress in implementation of the Act in the past three years but children are still dropping out, not for labor, but because they are not learning anything in schools.” With 80 million dropping out without completing basic schooling, UNICEF described the situation as a national emergency.

The issues are both on the supply and demand side. Parents can’t afford fees, adolescent girls drop out in hordes as soon as they start menstruating, there aren’t enough qualified teachers, more number of schools are needed, and other issues like caste, class make it worse. Even those enrolled in a school do not receive a basic level of education. 46.3 per cent of fifth graders cannot read a 2nd grade level text and 64.1 per cent of fifth graders cannot do basic division.

We have established so far that unless you are born in a rich or middle class family, being a child in India is a scary preposition. Could it get any worse? Yes, if you are a girl, India is perhaps one of the most inhospitable countries in the world. Last year, a Thomson Reuters Foundation expert poll last year ranked the country as the world’s fourth most dangerous country for a woman, behind only Afghanistan, Congo and Pakistan.

The main reason that India has a pathetic sex ratio of 914 women to every 1000 men (down from 927 in 2001) is because of female infanticide and female foeticide. More than eight million girls have been killed in the last decade alone. For most young girls from impoverished backgrounds, surviving the carnage only means that they will be ill-fed, badly treated, abused, overworked, married off young or forced into prostitution.

A large majority of girls dropout out of schools when theyt hit puberty because schools do not have toilets with running water. In states like Bihar, Mizoram, Rajasthan and Uttar Pradesh, 60 per cent or more girls dropped out before completing their five years primary education. 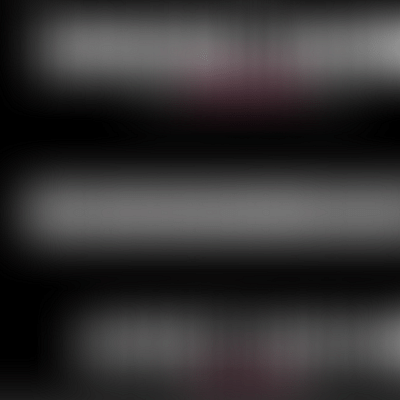