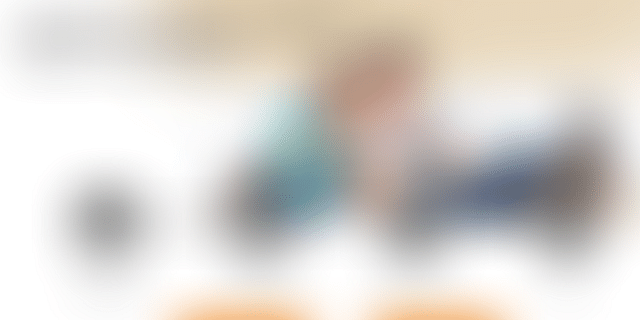 “After 3.5 years of working on BootStrapToday, we realized that we will not be able to break even. We had a lot of paid customers who liked the product but in SaaS model, you need to have thousands of paid customers to break even. We were very far from that. And we started thinking what to do next. While talking about different ideas we came across someone who had trouble moving his house. We found this problem is faced by many people. So we started EZMove,” says Anand Agarwal, founder, EZMove and former CEO and founder, Sensible Softwares.

EZMove is an online relocation solution where customers can enter the inventory of items they want to move and they get quotes from different vendors. They receive ratings of each of these vendors based on old customer experience and also the ratings based on EZMove’s screening process. Customers can decide and book online. The movers are screened in advance and if they don’t provide satisfactory service, they don’t get a repeat. For customers, EZMove is the only one point of contact which assists in the whole process.

The founding team for EZMove has Vishwajeet Singh, who was a co-founder in BootStrapToday as well. EZMove is very different from what they were doing earlier with BootStrapToday. That was very much a technology driven product as compared to this. But Anand and Viswajeet wanted to startup again and they chose to take up the challenge of making relocation easy for everyone.

They have been working on idea for the last 10 months. The initial 6 months was about just going around, talking to people and validating the idea. “It requires much more field work. Having made some mistakes with BootStrapToday, I knew we had to validate the idea well before we start coding. This industry was very new to me and it took some time to understand it,” says Anand.

If anyone has to shift house or move out of the city, they will go online, search for movers and packers or call up Just Dial. As soon as they register themselves on any of these portals, they start receiving a large number of calls. They talk to a few movers and packers and get quotes based on different criteria. Some movers offer to come down for a survey, look at the items and then give a quote.

Indian customers have a tendency to bargain and they generally go with the lowest quoted price. Movers accept the bargained price but on the day of the move, they start making excuses like the quantity of fragile items was more, your luggage is not fitting in the estimated number of cartons etc. and ask for more money. The customer ends up paying it at the last minute because they don’t have an option after packaging and loading everything in the transport vehicle.

Indian market is very price sensitive and it is difficult to convince customers on basis of quality of service. Ultimately, they get the business based on the lowest cost. The market situation makes them quote a lower price than the actual service charges. The barrier to entry in this market is very low. Anybody who knows where to arrange the transport from and where to get the labor can enter the market and these are the people who give quotes upto 50% less than a genuine company. Quality service companies do not stand a chance to get the customer. Discovery of a genuine movers and packers company and making sure you don’t get cheated becomes very difficult in the market. EZMove wants to remove all this hassle from people’s life when they are moving.

When Anand used to go to any movers and packers for getting them on board, they used to think they are just another vendor selling them some software. They would not even hear them out. It took a lot of effort to convince and a lot of time to get the initial 2-3 movers and packers on board. “We had to force ourselves on them to get the meetings, to get the time to explain them that we are not selling software. We will give you the software for free, we are selling you a business to get you more business. You don’t need to put in any money initially. Once we got a few big movers on board like Interim, Transworld, Leo on board, then it became easy for us to convince other movers,” says Anand.

They have started with B2C model but are planning to engage in B2B model as well. They are looking at working with corporates. Most of the corporates have a relocation policy where they pay for the employees movement cost. Employees get quotes and submit to HR department, they approve one and the employee gets reimbursed after submitting the bills. Sometimes companies feel that they are losing money because employees submit higher amount bills. They are planning to make this transaction very simple and cashless for the employees. They will be building an interface which will automate the whole relocation process in the companies in the near future.

EZMove’s platform has been active for the last 3 months and they have 50 movers and packers on board. They have completed 75 moves till now. They are present in Bangalore and Mumbai till now. Anand admits that the market is overcrowded but not when quality service is concerned. He adds, “We don’t see any direct competition. There are lead generation platforms but EZMove is very different. We have indirect competition with JustDial and Sulekha. But the market is very huge, around $2 billion.”