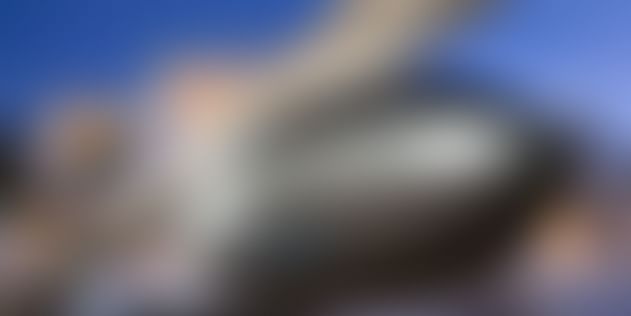 “While we’re complaining about traffic, quite often we miss out on the fact that we ourselves are the traffic." This statement, perhaps, is an accurate picture of daily commute in our crowded metros. With the ever-increasing population, massive urbanization and limited space, surface transport is poised to take shelter under the following options:

b)     Go underground or over-ground.

While these are definitely good solutions, they involve extremely high operational costs. Billed as “the most efficient, reliable, and cost-effective mass transit anywhere”, SkyTran might prove to be a better solution.

SkyTran is an elevated, high-speed, low-cost, high-efficiency, personal rapid transportation system. It can travel at 150mph and takes only a few weeks to set up at the cost of merely $3 million per kilometer.

Gerald Jay Sanders (a.k.a. Jerry Sanders), chairman and CEO of SkyTran Inc (a NASA Space Act Company,) is as fascinating a person as is the technology he sells. He is the subject of a popular Harvard Business School case study, The Jerry Sanders Case, on entrepreneurship. He is a former Navy SEAL, a lawyer, an adviser to many governments and much more. He describes himself as just a curious person at heart who wouldn't mind doing the heavy lifting if he believes in it. Elated about their pilot project to be launched soon in Tel Aviv, Jerry shared his thoughts on SkyTran, urban transportation, and working with governments.

Jerry emphasized that SkyTran is not going to replace any existing mode of public transport. In fact it is just another layer of transportation with the following features:

d)     Can be built inside a building as well

Jerry said, “The multi-layer system can help alleviate certain level of traffic. We are not trying to get people out of buses, but targeting those who’re using cars”.

“I have a very short attention span”

His Navy SEAL experience taught Jerry that one could accomplish the biggest of the things in his life with persistence and pushing harder without being distracted. “When you’re in Navy, you have to navigate underwater in long silence and stay on course focused.” But when it comes to sticking to an idea for long, Jerry suffers from ‘short attention span’. He explained, “I could never understand, how a person can do just one thing for 30 years. Probably it is rooted in my curious nature. I like meeting new people as each person is as interesting as the complete Arabian Nights.”

Jerry serves as counsel and adviser to a host of non US governments, and he sums up his experience on investments as, “Government comprises of people who are driven by self-interest. There is no specific tool to measure and make decision in a government. Also, it’s not well equipped to hand out money. For eg. the US government invested billions of dollars in solar energy only to see China coming in with much cheaper technology and flushing out their investments. There are few programs, which are indirectly supported by governments after being duly analyzed by educational institutes in corresponding fields.”

“With single currency and one language, India is a 100-fold better market than Europe”

Though SkyTran is a unique idea where government’s approval proved to be the most challenging task of all, Jerry believes that implementation of the idea is the most crucial step in starting up. He added, “You have to stick to what you believe. India is a huge market with opportunities hundred-fold better than Europe, attributing to the single currency, one language (English) dominance, growing middle class and wealthy people across the country.” Jerry takes a defending approach when it comes to IP (intellectual property) and that’s why he advises all the tech entrepreneurs to remain off the radar while working on their products to make sure that they are not copied.

India is next on the list of SkyTran (after Tel Aviv) and we hope to see Jerry Sanders ‘ work solving our transport problems soon.