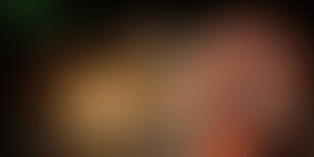 After a successful rural solar electrification campaign in Gulabganj, Sunkalp Energy has now taken up the mission of lighting up another village in U.P, Samranpur. They have partnered with Planet Radio City for this campaign named Deep Jyoti. Like the last time, they are crowd-funding the capital needed to set up an off-grid standalone solar solution to electrify the village. The campaign started on November 1st and will be running till January 6th 2014.

Kanika Khanna, founder of Sunkalp Energy, shared that their first campaign Solar Soldiers is now completed with the installation of the solar grid in Gulabganj. Solar Soldiers, which was run as a crowd-funding campaign on Indiegogo, manage to mop up a third of the target funds. Rest was invested by Sunkalp Energy and the village saw its first electrified Diwali this year. Though the targeted funds could not be raised, it opened other promising avenues including this partnership with Planet Radio City. Radio City has partnered with entrepreneurs and management teams in the past as well to help in building enduring and socially responsible businesses.

Choosing one out of almost one lakh unelectrified villages in India is a serious dilemma. Kanika tells us that their only criterion is to look for villages which are completely ‘unelectrified’. To put it in simple terms, villages which do not even have electricity connection are unelectrified. The goal is to find these villages and provide a self sustainable off-grid solar solution. These villages are the remotest and hence most difficult to find.

Apart from this, Sunkalp Energy has also developed an online platform recently in association with Green Apple solutions. This platform called ‘Give Sun’ allows facilities and communities to raise sponsorship for their solar power projects from individuals and organizations around the world. These facilities, schools or villages, can set a fundraising target for their very own solar roof and pupils, alumni, parents, local businesses, former students and everyone else can contribute in the raising these funds. Sunkalp Energy takes care of the end-to-end operations for installing the solar solutions.

Visit here to contribute to this campaign and checkout Give Sun here.