10 of the biggest social entrepreneurship stories from 2013 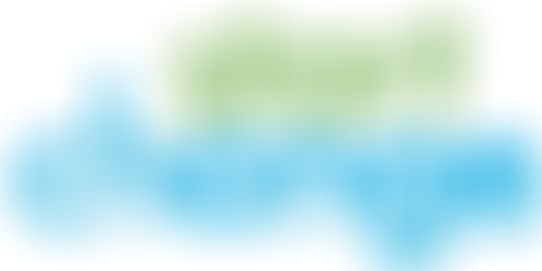 2013 was a huge year for social entrepreneurship. The wheels of social change that have been whirring for a while now, have begun to take flight, ready to head to new horizons. Big decisions were taken, baby steps became bolder becoming big strides and there’s a groundswell ebbing, built on good faith and solid thinking. Some stories that hit the headlines were: India becoming the first country in the world to make CSR mandatory, the continued rise of social impact bonds, Delaware signing a legislation to form public benefit companies and Pierre Omidyar’s decision to back ex-Guardian journalist Glenn Greenwald to launch a new media organization that promises to be free, fair and fearless.

In July, Delaware became the 19th US state to sign a legislation to recognize the creation of the public benefit corporation (B Corps) or companies that “do well by doing good.” Delaware might be have be late to the party, but it brings with it some pretty distinguished party people. The state is home to more than one million American companies, that includes 64 percent of the Fortune 500, giving the nonprofit B Lab – the creators of the corporate form – a huge shot in the arm.

According to B Lab, there are more than 850 Certified B Corps from 28 countries and 60 industries.

Earlier this year Pierre Omidyar revealed that he considered buying the Washington Post, before it was snapped up Amazon founder, Jeff Bezos. Instead he decided to pump in $250 million to create a new type of the media organization with The Guardian journalist Glenn Greenwald. Omidyar’s partner in crime Greenwald was the journalist, who collaborated with whistleblower Edward Snowden, to break a series of stories on the National Security Agency. The new, yet to be named media organization, hopes to be an independent voice that leverage tech, Silicon Valley style.

British prime minister David Cameron relaunched Big Society Capital with a corpus of £250 million. The bank will fund community initiatives that are at the risk of closure. Locals will be also be able to invest in these community facilities and own shops, village halls, playing fields and swimming pools. The funds for Big Society will come from Lotto (lottery) and dormant bank accounts. The investment vehicle, which was launched in 2012, with a corpus of £600 million, met with limited success and had a lot of detractors. Lets hope the second stab is more successful.

Social impact bonds (SIBs), the innovate way to finance public good programs, that were first introduced in the UK made their way into India this year. Educate Girls became the first Indian social enterprise to leverage SIBs by launching a pay by results (PbR) program. The initiative is being supported by the US-based non-profit Instiglio. Educate Girls is a social enterprise incubator Dasra incubated company. The Educate Girls program aims to empower girls by encouraging them to attend school and creating more awareness on the importance of education.

The world’s first Impact Investment Exchange (IIX) was launched in Singapore with the purpose of letting social enterprise be listed in a separate exchange that will help them attract capital for growth. Then it was the turn of the UK when it launched Social Stock Exchange (SSE) just before the G-8 Summit in London, to connect social enterprises with investors. SSE is supported by the London Stock Exchange and presently has 12 listed member companies. Canada was inspired by UK and Singapore and decided to launch its own impact exchange in September, dubbing it Social Venture Connexion (SVX).

India has close to a billion dollars that is waiting to be deployed into social enterprises from social venture funds like Omidyar Network and Lok Capital. But there’s always room for more, especially ones that are approved by the country’s premier stock trading authority, the Securities and Exchange Board of India (SEBI). Incube Connect Fund became SEBI’s first stamp of approval on a social venture fund. The new fund that seeks to collect Rs 200 crore was the first fund to be registered with the regulator under the SEBI (AIF) Regulations, 2012.

India became the first country to pass a radical law that seeks to mop up thousands of crores through a new Companies Act by making corporate social responsibility mandatory. The new legislation, which will replace the 57-year-old Companies Act, 1956, was been spearheaded by Corporate Affairs Minister Sachin Pilot. Corporates of a certain size will have plough 2 per cent of profits into corporate social responsibility (CSR) activities that could include investments into social enterprise, social enterprise incubators and social impact bonds.

9) The rise of crowd-funding in social entrepreneurship:

Kiva became the poster child for peer-to-peer lending, by demonstrating that the collective financial firepower of individuals can lead to monumental results. Other have quickly followed by introducing new models for crowdfunding: Kickstarter and Indiegogo are increasingly being used by fund big social good campaigns.

For example: Black Girls Code, which seeks to bring more black women into the digital economy by teaching computer programming, raised more than $20,000, the first time it tried it on Indiegogo. This year, the social enterprise raised five times as much, by colllecting over $100,000 from more than 1,000 contributors, that helped more than 2,000 girls. Expect more in 2014.

10) The rise of social impact bonds in emerging economies

The first social impact bond (SIB) was launched in the UK to reduce prison re-offending rates and was part sponsored by both public and private money. It soon spread to other countries, with the US being particularly enthusiastic to use a vehicle to finance large scale public good initiatives. Countries like Canada, Australia and even India have taken the baton from the UK and run with it. SIBs will become a permanent fixture in financing future social good projects.

How Hylobiz is boosting invoice management for SMBs with seamless digitisation

With Blowhorn, Ninjacart, Grofers as its clients, this startup is looking to bring EVs into hyperlocal delivery