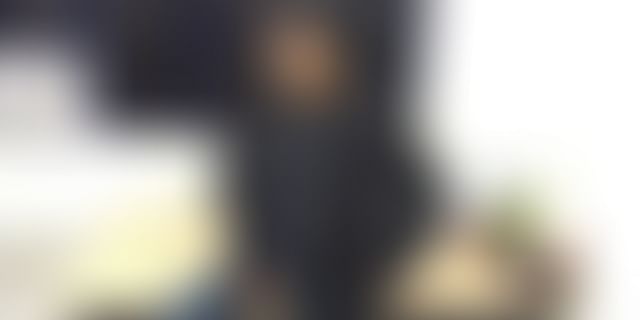 Emergence of social media like Facebook and Twitter open up a two-way communication between businesses and consumers. Businesses leverage social media to spread the word of mouth about a brand. However, if the word of mouth happens to be negative it can lead to disastrous consequences as Gurgaon-based Lemp Brewpub and Kitchen found to its horror.,

In June this year a blogpost by a few dissatisfied customers complaining of their “horrid experience” at Lemp listed on Zomato went viral. In a matter of a few hours, Lemp not only lost fans but also its reputation. After this fiasco, Lemp handed its social media account to dotConverse, a social media and digital marketing agency. dotConverse worked hard for over 60 days to pull up the business and perception of Lemp across social and other media platforms. “We spoke to various people and observed that it was more of a perception problem. Many people who complained on social platforms perhaps never visited Lemp,” says, Saurabh Pandey founder and CEO, dotConverse.

Additionally, appropriate response from Lemp’s management was also missing. Lemp is a fairly big brand with great following and envious brand tie-ups. To regain Lemp’s reputation dotConverse started working with three core objectives - to make Lemp shrug off its unfriendly perception and give it a more friendly and human face ; to create engagement and buzz about the eatery and instill confidence in prospective customers. . “We did not get into justifying the incident, as it was too late for that (we were hired in July),” he adds.

dotConverse launched campaigns like speak to the CEO on Facebook so that consumers can pool-in suggestion or complaints. “We worked with a twitter strategy to enlist foodie influencers and created an engagement strategy,” he says. Gradually, negative comments reduced drastically, and Lemp’s reach and buzz increased. “Today, Lemp has more walk-ins and perhaps a better reputation than it did in June 2013,” claims Saurabh.

Saurabh always had an inclination towards writing and started his blog on digital marketing in 2008. The blog posts were primarily his experiences of trying out new ways to create engagement and impact in digital and social space. He soon started receiving queries from marketers seeking advice. One of them was Namrata Dhar, former marketing head of Heidelberg. When she heard Saurabh was contemplating starting a social media and digital agency, she asked him to handle her company’s India account. That proved to be the turning point for Saurabh and gave him the confidence to dive into entrepreneurship with his venturedotConverse. It is a specialized social media and digital marketing agency powered by strategy and analytics.

“Fortunately my stints in integrated marketing and business leadership with Google, Ibibo, OLX and Airtel and a global exposure in all these places helped me get a good perspective of how a brand can be marketed online and how one can leverage analytics and social platforms effectively,” says Saurabh. He has over 17 years of integrated marketing and business experience in global organizations. In 2011, his brother, Shalabh Pandey, who lives in Singapore, showed an interest in the idea and joined him. In his earlier stint, Shalabh worked for Nokia and headed various global digital agencies.

Philosophy behind the venture

dotConverse started in October 2012 with the belief that the best marketed brands in the world have a very prolific, natural and frequent two-way conversation with their users and fans. Conversations are the best form of marketing, emphasizes Saurabh. “Since we live in a real time world now, conversations over social and mobile platforms are the key to an effective marketing practice for any brand,” he adds. dotConverse works like a bespoke agency - crafting a unique strategy for each brand that it works with so that the brand occupies a unique space on social and digital platforms.

Saurabh believes that there are four core opportunities for dotConverse - working with cross-platform perspective for brands (including integrating offline platforms like events and exhibitions) along with intelligence and analytics oriented social media marketing, unique and bespoke content strategy and real time and local digital component incorporation. “For instance, look at any e-commerce site’s Facebook page, they all look the same. There is no individual social personality or presence. There is no uniqueness,” outlines Saurabh. The lack of analytics and strategy based social and digital marketing is dotConverses’ opportunity.

Saurabh contracted dengue in October this year and was hospitalized for more than a week. “It was like a soldier retiring hurt during war. We were in the middle of action but thanks to a great team and clients who treat us as partners, we sailed through,” reveals Saurabh. During that time Saurabh realized the importance of having a good team for a startup. Startup CEOs are very hands on but they should learn to have a second line or a team that can serve as a second line, he adds.

The company had just one client between November 2012 and July 2013. But it won three clients between August and November 2013. “We are feeling buoyant,” says Saurabh. dotConverse clients include Heidelberg, Lemp, MindBox, CitySurf among others. Besides brands, it also works with a B2B client on social media and believes that social media helps B2B sell their products apart from creating thought-leadership.