Treetins aims to make strangers social based on common interest 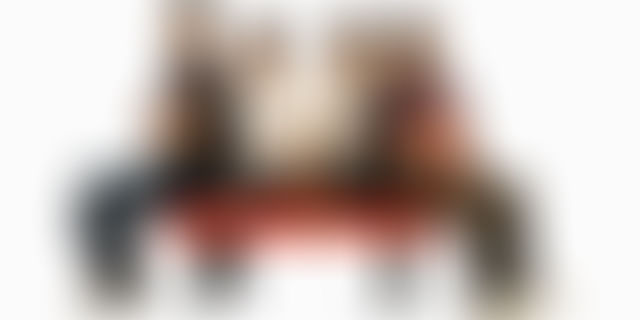 It started off as a simple hypothesis. What if we made the World Wide Web truly social the way it was meant to be? So a bunch of four friends tested this out on Marine Drive in Mumbai. They met random strangers, initiated conversations and more importantly, learned. There was a common pattern – initial hesitation, discovery of a common thread, and then ‘pure interaction’ as they put it. The initial hesitation was typical human behaviour of being governed by our biases and prejudices of ‘will this stern looking man talk to me?’ or ‘why would this really pretty girl talk to that watchman over there?’ and so forth. But the friends discovered that once a common thread was identified, conversation flowed freely, even exuberantly. People ‘wanted’ to share, but didn’t know how to overcome the existing prejudices.

These four friends call themselves the Treetins bunch – Prince Jacob Thomas, Aditya Dhull, Mohit Narwal and Chandy Thomas – three of whom have studied at Christ University in Bangalore. They bring in diverse experiences from marketing, media, communications and advertising fields. This simple hypothesis and the results of their interactions convinced them to quit their full time jobs to take on this problem of helping the world interact.

Email and telephonic interactions with the bunch of four enthusiastic entrepreneurs revealed a few interesting details about their journey.

“Today, there are more than a billion people using social media but often, all our online interactions are restricted to family, friends and colleagues. The number of strangers we could connect with and thus the opportunities of collaborating with people are immense,” says Prince indicating where he sees Treetins playing a role. They would like to spread this culture of collaboration across the world. Imagine the possibilities of a poet in Britain collaborating with a musician in Pakistan, the team says excitedly. Interestingly, Treetins is an anagram of the word ‘Interest’.

How do they actually make strangers social?

The online website is the primary means for connecting individuals. The platform places the attention solely on one’s expression and not one’s identity. Anybody who joins Treetins starts anonymously; their identity is revealed only if their thoughts on a topic are on the same wavelength with the stranger in conversation. This makes the whole experience less creepy and you never know who you could bump into.

As a member, you can either ‘express’ your thoughts on a topic or ‘converse’ on a thought expressed by another member. If both of you think that your thoughts are aligned, you can add the user to a ‘bench’ where you can give access to your profile. Given the flow, the users make decisions based only on the expressions and conversations and not physical appearances.

The website is designed in such a manner that everyone can choose to be as public or as private as they want to be, thus giving them a lot of control.

Over time, the team also realized that although a web platform is essential, nothing could beat real interactions in-person. So the team thought up two offline initiatives to spread the idea of connecting strangers.

Share Your Table – The team tied up with about 30 restaurants in Mumbai for this initiative. Suppose you are a group of three sitting on a table for six, with the simple flip of a flag placed on the table, you indicate your intention to share the table. The staff then seats a few waiting customers at the same table and voila – you can interact and figure out common ground while making new friends! They are soon launching the same initiative in Bangalore too.

Hi Stranger – This is the second offline initiative where the team got a photographer friend of theirs and got two very diverse people to get pictured together. When these people from very diverse socio economic backgrounds, professions, or religions or interests were brought together, they were able to realize that essentially they are all similar and can have a conversation with anybody.

The team is focused on spreading the idea and getting users to experience the power of interactions. The plan is to iteratively arrive at the revenue model after expanding over a few more cities in the coming months. They are also looking to expand the ‘Share Your Table’ initiative to other cities and maybe to campuses as students are more receptive to such ideas.

Interest-based social networks are based on a commendable concept of truly connecting people outside the narrow family and friends network. There was the TechSparks 2012 selected company Treetle which works on the concept of connecting members from local community over a shared interest. There was also the interest- based activity portal Votodo incubated at IIM-A’s iAccelerator. And lastly given the emphasis on mobiles, there is the interest-based chat platform Zumbl that connects strangers based on a sentiment mining technology and has already reached 100,000 user mark recently. However, most users probably still seek an objective on which to base their presence on such networks. That might be the defining factor going forward.