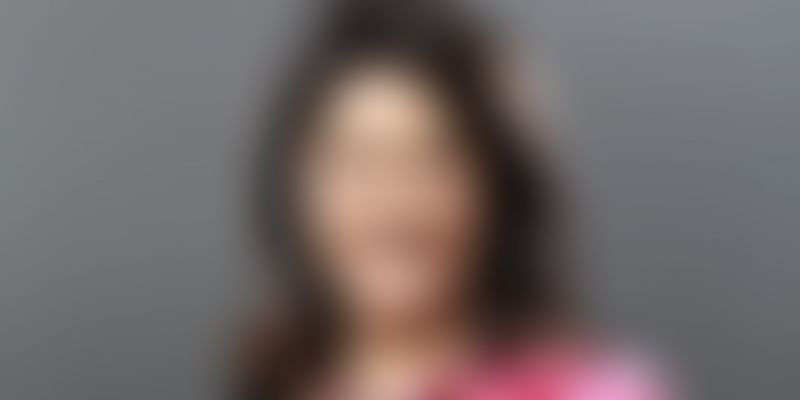 At JFWTC, Garima is responsible for all internal and external communications, events, leadership communication and employee engagement. In addition to her role, she is also the site champion for GE’s corporate wellness program, HealthAhead.

Prior to GE, she has held leadership positions in the communications function at Fidelity Investments, Microland and Sun Microsystems. Garima is also a visible advocate and industry leader influencing the diversity ecosystem. She has a Bachelor’s degree in Computer Science from BITS Pilani and a Master’s in Advertising and Mass Communications from Xavier Institute of Communications, Mumbai.

We at HerStory spent an afternoon with Garima at the GE Campus in Bangalore and discovered two events from her professional life that stand out. Here she tells us how these events have shaped her worldview and built an attitude which led her to the top job at GE.

‘Don’t forget where you come from’

I was with Fidelity Investments in 2004. Fidelity’s headquarters was in Boston and they had a team in Mumbai, India, as well. I remember one of my colleagues from Boston asking me if we Indians still used elephants to commute! Clearly, there was a need to increase cross-cultural awareness among both the teams. So we decided to host ‘India Day’ at the Boston Headquarters.

I remember packing all my western suits and gowns for the travel. My mother noticed this and asked me to pack a few sarees as well because, according to her, it would showcase my Indian identity. I ended up packing the sarees, though I was not sure I was going to wear a saree at the event.

However, once in Boston, I changed my mind and wore the saree. I was very nervous because I was the only one in an Indian dress at the event. I stood out in the crowd of 175 people.

After the event, Ned Johnson, CEO of Fidelity Investments, one of the richest men in the world, spent 45 minutes with me over dinner. Many people would kill for such an opportunity. Our conversation began with him asking me, “Young lady, what is this garment that you are wearing?” After I told him about the saree, we talked about India’s textile industry and its rich cultural heritage. I also told him how to drape a saree. He asked me to show him around India when he visited next and also take him saree shopping. I am happy to say that’s what I did when he came to India.

Sometimes creating an opportunity is as simple as showing up as yourself, and being proud of where you come from. From that day onwards, I very confidently take my Indianness with me wherever I go.

I am extremely thankful to my mother for that advice.

‘What will you do with your first 7 seconds in a meeting?’

A few years back, very early in my career, I had another experience with a chief executive, but this one turned out to be a disaster.  I was stuck in a lift with the chief executive of the organization I was working for. We were on the seventh floor, and both of us were going to the ground floor. He asked me what I do, but I was too dumbstruck and nervous to respond. I didn’t say a word.

That experience was a great lesson. From then on, I am always ready with my elevator pitch. You never know who you will encounter in the elevator next!

I tell all professionals, especially the young, to work on their ‘personal elevator pitch’. Being able to communicate what you do in a crisp and confident manner will take you far.