Founded by Naveen Tiwari, InMobi is an independent mobile ad network that engages 691 million consumers across 165 countries. The company is one of India's biggest technology success story and an example of a global company coming from India. The platform leverages advances in big data, user behavior, and cloud-based architectures to simplify mobile advertising and InMobi regularly releases reports studying trends in the space.

Yesterday, InMobi released the Q4 2013 report on latest mobile device and operating share trends on the InMobi network. Here are the key highlights:

- Overall, the volume of impressions in Q4 2013 was up, globally, significantly on the InMobi network since the previous quarter. Of the growth, in-application ads contributed to 53% of mobile ad impressions.

- When it comes to the overall share of manufacturer impressions across smartphones and tablets globally, Samsung is the clear leader with 31% market share, followed by Apple (27%) and Nokia (20%).

- In terms of advertising by operating system, Android is the largest OS on our platform (39%), growing 3% from Q3 2013. Apple contributed to 27% of impressions, down 0.8% from the previous quarter.

- On the handset front, Apple devices dominated in ad impressions across the globe in Q4, but some Samsung mobile devices appeared to see greater engagement. 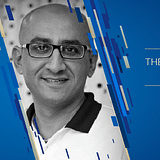