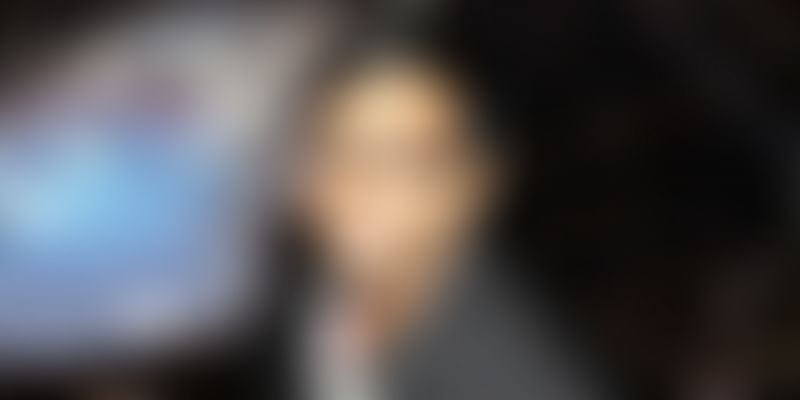 “This was back in 2010. I was playing Age of Empires with my friends at the college hostel and in the middle of the game I got a call from an unknown number. My friends told me to reject the call, but I took it. The person on the other side claimed to be a journalist from a leading daily and said that she wanted to interview me about my startup AutoBudder. I was like ‘Woah, how did that happen.’ She asked some questions and requested for a photograph. I hesitantly sent the pictures, not sure whether it was a prank. I completely forgot the incident until I saw my photos in the national newspaper two days later,” recounts Kartik Mandaville, coder and product developer from Manipal Institute of Technology, also referred to as the other MIT by its students and alumni alike.

This was a turning point for Kartik. He and his team were featured in multiple newspapers and media thereafter. And they made money.

“Our picture was even used in the college admissions brochure. Almost everyone in the college recognized us,” says Kartik recalling the heady days of college years in Manipal.

It was in the fifth semester of his engineering course at Manipal Institute of Technology, Manipal, when Kartik, along with two friends started AutoBudder, a facebook app which automatically wishes one’s friends on their birthdays. At its peak, the app managed to reach out to two million people. The team experimented with a bunch of different business models and made some profit too.

Kartik was born in Visakhapatnam but was brought up in Delhi. His father is a Physics teacher and mother is a General Manager at a hospital.

“She was the third employee there and she's my inspiration,” says Kartik. According to him, since his mother joined the hospital, it went on to become a 350-bed hospital from a single room clinic.

Kartik got his first computer when he was 10 years old and was totally hooked to it.

“Slowly my interests changed from sports to computers. Naturally in class 11, I took computers and finished the entire year’s course in the summer vacations.”

Kartik was totally addicted to the wonders of C++. Throughout class 11 and 12, he topped every computer exam and at times even taught his school teachers!

Apps, internships and a stint as Product Developer

Kartik joined Manipal Institute of Technology, Manipal for his undergraduation and this was where he really started exploring the world of technology. He joined Linux Users Group (LUG) as a fresher and made his first ever app-- a health mobile app for symbian phones. Kartik also started learning PHP and developed the website for Formula Manipal as a fresher.

“After my third semester, I interned at Dulcet Solutions under Siddharth Goyal and developed two open source modules for Drupal. Then I worked with a Delhi-based education startup on developing a facebook application for GRE. After my fourth semester, I worked as an intern in Let Me Know and then joined them as a part-time employee,” recalls Kartik.

When he was in his fifth semester, Kartik, along with his friends, Saurabh and Abhinit, started AutoBudder, and another facebook app StockAdda, a virtual stock application, which never took off.

Meanwhile, Kartik was appointed as the CTO of Let Me Know. For his summer internship after his sixth semester, Kartik had three options to choose from-- Google Summer of Code, Greece internship, and Cisco. Kartik chose to intern at Cisco for eight weeks.

“After the internship, I decided that this was not my cup of tea and I should stick with startups,” he says with a smile.

Kartik went on to work in Greece for six weeks and then worked at Shareaholic on the product distribution channel for six months.

“Shareaholic was the place where I learnt to develop products used by 300 million people monthly.”

After the stint at Shareaholic, Kartik joined Carnegie Mellon for Masters in Computer Science with concentration in Machine Learning. During the same time, he also started freelancing with Mike Jones at Science, Inc.

“Work started increasing and my academics were eating up my time. So I involved two friends, Vinay and Ravi. Then we slowly started developing a team. I spent my summer in LA at Science's office and we got a co-working space in Bangalore for our team of five.”

In October 2013, Kartik’s team moved to an independent 1200 sq feet office in the heart of Bangalore. Now, the team has grown to 20 people and they work with the LA office on a bunch of different projects. Kartik was appointed the Director of Technology at Science at the young age of 23, while he is still doing his Masters. He works with different business leaders on their projects, new ideas and as an interface between LA and India.

“Now, I'm in the final semester of my masters’ degree and am working on a project around social recruiting. After graduation, I will join Science full time and continue working on creating new products,” reveals Kartik.

According to him, three things that a young entrepreneur should know is, “You don't need to be a genius; you just need to work smart. Second, think long term; short term gains are just short term. Third, it is ok to spend time discovering your passion.”