Barriers are meant to be broken: Geetha Vishwanathan 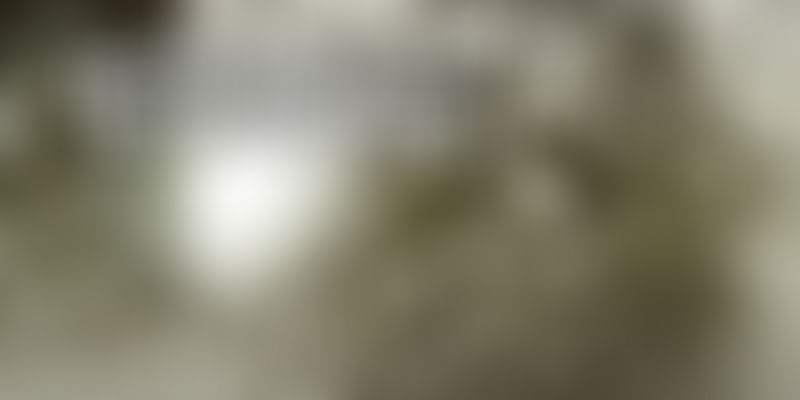 Geetha Vishwanathan has spent three decades juggling multiple roles as an entrepreneur, image consultant, educationist and a fashion designer. As an active promoter of entrepreneurship, she often speaks on the subject at colleges in Karnataka and Tamil Nadu as well as some IITs to inspire youngsters to step out of their comfort zones and embrace their calling as entrepreneurs. In May 2010, her role as an educationist was recognised by the Government of India and she was presented the Shiksha Bharti Puraskar for an ‘outstanding contribution to national development’.

In 1972, Geetha founded the Srijati Institute of Fashion Technology (SIFT). SIFT offers specialized training in the form of PG diplomas and certifications. She is the founder of Marketing Organization of Women Entrepreneurs (MOOWES India) and has coached over 600 entrepreneurs across India through this organisation. MOOWES won the Priyadarshini Award at the 12th Global Conference on `Trade Liberalisation and its Global Impact on Women Entrepreneurs’.

Geetha is also the proprietor of Preyasi, a boutique located at Adyar, Chennai, which caters to clientele across 60 countries. In 1995, she won the ‘Best Woman Entrepreneur of Tamil Nadu’ award. That same year, Preyasi won the ‘International Award for Best Bridal Wear’ at a fashion show organised by Marks & Spencers in London.

“If you have a dream, a goal, you must go ahead, money is not everything. I had to break a few cultural barriers to move ahead. If you have a solid idea it is easy to break barriers,” states Geetha. Her achievements and experiences are staggering but it is her enthusiasm to see others succeed as entrepreneurs which is the most telling aspect of her personal success. We present 10 lessons from Geetha’s journey.

1. Learn to bloom where you’re planted

Born in 1950 in an aristocratic Brahmin joint family, Geetha was married off early. While she was encouraged to study, working was a no-no. “I used to feel like a parrot in a golden cage. I could see P.T. Usha and her achievements and was inspired to make an impact in public life,” she recalls. In 1972, when ‘Femina’ magazine and Camlin conducted an all-India art competition she submitted an entry. She received an all-India merit certificate and was approached by Camlin to start art classes in her Jaipur home. “Camlin took responsibility for advertising and materials and that was how I first started working from home. This worked well because my sons were small then. I took this opportunity to learn tie-and-dye and block printing with natural dyes in Jaipur. We then moved to Delhi and I was approached by Camlin again to restart classes in Delhi,” she remembers.

2. Convince your inner circle that you’re ready to go

“In 1985, when my children were grown up and we had settled down in Chennai, I wanted to start a ‘pucca’ business from my residence. But this was not allowed by my in-laws or my husband,” reveals Geetha. Not one to lose hope, Geetha was always on the lookout for an opportunity to start her business. Once she sold 13 saris which her husband had bought for her from different places in India. She confronted her shocked husband by telling him that since she was not allowed to leave the house, she tried selling from home. “He then realised my capacity for sales and marketing and started helping me. He would bring different saris and apparels for me to sell from home,” she adds.

Thus, her first enterprise Preyasi (meaning sweetheart) began. The timing was right since those days there wasn’t an easy access to clothes from other parts of India. They stocked salwar kameez and saris from different parts of North India and sold them to college students.

3. Create a network for personal growth and opportunities for others

Geetha often showcased her work at exhibitions, but in 1986, there was still a stigma attached to a woman who worked outside the home. However, at these exhibitions, she met other women who were also trying to run small businesses and who faced similar opposition to their entrepreneurial ventures. Around eight women joined together to set up MOOWES for women entrepreneurs like themselves across India. “We approached a bank for this and all banks gave us grants and not loans so we were able to get more entrepreneurs to join us. We have mentored over 600 women through this organisation. Some of these businesses which were started by women have been handed over to their sons when usually it is the father’s business that sons inherit,” she proudly points out.

4. Understand your market, your client and your competition

From 1985 to 1991, Geetha learned a lot through the various exhibitions hosted in several cities with the help of aid from the government. She learned several aspects of customer service first-hand on the field. “In ‘91 everyone started settling down. I opened a boutique in Spencer Plaza, the biggest mall in Chennai then. You must be a technocrat and only then invest money in a big way. Without knowing anything you should not take a big bank loan; this is my sincere advice to ladies starting off. We were so successful because we spent nearly five years travelling and learning. Manufacturing can be learned easily, banks will give loans, only marketing is critical to earning the money back,” she states.

She has catered to clients from over 60 countries via the Preyasi boutique and the main reason for its success was the focus on customer service. “I constantly tried new ideas to compete with the market such as 24-hours tailoring and delivery at your doorstep. Even at midnight we delivered clothes to the airport (for NRI customers) or to homes. We received orders from NRIs and did end-to-end work for them — picking blouses, matching them, designing them and essentially making it easy for them to choose us time and again,” she recollects.

In 1997, the principal of Loyola College approached Geetha to start a program in fashion designing. “I told them I am a good designer but I’m not a good educationist.” The principal responded with, ‘You are a technocrat and I am an educationist and I will teach you how to enter into education.’ She had a tie-up with the Loyola College that lasted 11 years.

Geetha also started a small institute called Srijati Institute of Fashion Designing with five students. Fortunately, her husband had worked in the National Textile Corporation and she had the opportunity to live in various states across India where she travelled to interior parts and learn directly from artisans. Her students are taken to these locations to learn from such artisans. They are taught where materials are sourced as well as how a product gets to the export stage. Some students work at the boutique and learn to handle machinery and deal with clients.

SIFT also offers several related trainings such as fabric painting and block printing.It connects students to designers via internships as well as to government export factories and government buying houses.

6. Use opportunities to differentiate yourselfIn 1999, Marks and Spencers approached her to participate in their bridal wear collection. With only the photograph of the model as her reference, she designed a collection and involved 70 other designers. “The clothes fit the model without requiring any alterations and we won the Bridal Wear award,” she says.

Geetha was asked by the Tamil Nadu Open University to write a textbook for BSc in fashion designing program. She has also written a textbook for the MBA course offered by Madras University titled, ’Apparel Management: apparel production and textile processing’. Geetha herself has a BSc in Fashion Designing and also managed a correspondence MBA in apparel management in 2012. “ I became a student and teacher, as well as wrote textbooks all at once. I was told that I was an experienced student writing her exams,” she jokes.

When she first started moving out of her home, Geetha faced a lot of flak. Comments on child care and her focus on the home came into question. She is happy to share that all her three children are well versed in the arts and are well educated and live in Chennai. They have their own ventures and she can see now that those comments did nothing to dent her life.

“My husband has given me a lot of support and helps me even today. After retirement, he has started a Carnatic school at the age of 74 and has 35 students,” she reveals. Geetha herself completed her MBA via correspondence at the age of 62!

10. You can achieve anything

“Initially, I was afraid to ask my in-laws about starting a business but the 1995 entrepreneur award changed everything. How you achieve success remains in your hands. It comes down to how you handle life and family and if you can fulfil your duties then you can achieve anything. When women learn to take care of themselves, the improvement in their mood can help them handle others well. Wardrobe management, relationship management and time management are critical components of succeeding for a woman who is balancing a home and a business,” she advises.

She can be contacted for advice at viswageet@gmail.com