How four engineers are growing money on trees 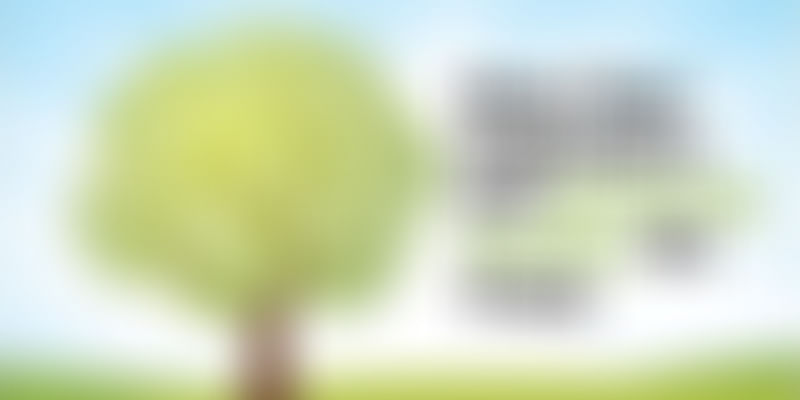 Less than an hour's drive from Bangalore's international airport is a 31-acre parcel of land on which papaya and pomegranate will be cultivated. What is more interesting is that city dwellers can own a piece of this land near the village of Gorantla in Anantapur district of Andhra Pradesh. They get a triple whammy: real estate investment, remote farming, and a green venture.

The project is managed by Hosachiguru (meaning 'fresh sprout' in Kannada), which was germinated by four engineers a couple of years ago. They wanted to take up a green cause that also made sound business sense.

The result is a scientific farming cum real estate development venture. Hosachiguru collectively procures large swathes of unused arable land – like the one in Gorantla – which are parcelled out in plots of 1 to 5 acres to investors from the city, including corporate managers, doctors, lawyers, and businessmen. These 'next generation farmers' lease back the land to the Hosachiguru team, who either grow high-value horticultural crops like papaya and pomegranate, or grow sandalwood. The land procurement, development and farming are all managed by Hosachiguru, which takes a share of the profits from the crops grown on the land. At the end of the lease period of 10 to 15 years, the individual investors have the option to extend the lease or take over their plots to build farmhouses on them, or sell the land. Since the projects are located near highways not far from the city, real estate appreciation can be substantial.

"The customer gets a passive income of Rs 1.5 lakh to Rs 2 lakh annually from the crops and an appreciating underlying asset, besides the satisfaction of contributing to the environmental benefits from scientific and socially-conscious farming practices," says Srinath Setty, who heads Hosachiguru.

A doctor and a farmer

Sathyanarayana V R, managing director of Consumer World, a direct marketing company engaged in healthcare and FMCG products, is an unlikely farmer, but he is one of the early birds at the Gorantla project. What lured him to it wasn't only the commercial gain, he says. "Yes, I get to own some land. But above that, I feel proud to be doing something for Mother Earth. Trees are going to be planted on my land, and that means I will be contributing towards more green cover and cleaner air for everyone."

The Gorantla project, which will officially launch mid-February, is currently priced at Rs 14 lakh per acre, out of which Rs 6.5 lakh is the development charge and the rest is for the land. Papaya would be harvested by the second year, and pomegranate from the third year. After the first phase of 31 acres, another 100 acres will be taken up there.

Hosachiguru has already transformed over 100 acres of dry land into lush farms. Mukesh Kumar Lodha, CFO, Wipro EcoEnergy, who invested in an earlier project in Anantapur district, is a proud owner of a sandalwood farm on which complementary crops like pomegranate and drumstick were also grown.

Another early investor was Dr Srikanth KV, cardiologist with HCG hospital in Bangalore. "I have always been interested in nature conservation and green causes, though I pursued medicine professionally. This venture gave me a chance to feel that I am also a farmer and that I am doing something for the environment," he says. That the investment gives him an additional income and a long-term asset is just a bonus.

Hosachiguru co-founder Srinath, an engineer and MBA, hails from an agricultural family in Raichur, Karnataka. He is, therefore, well aware that subsistence (small-scale) farming is not sustainable any more. "More scientific techniques and management processes have to come into farming. In other words, corporatisation of agriculture is imminent. We believe agriculture today is where IT services were 20 years ago," he says.

Sriram Chitlur, an engineer and a guest faculty at the Institute for Wood Science and Technology, is the other cofounder of Hosachiguru. The CEO and director of strategy and investment is Hemanth Prakash, an IITian. He has over six years of experience working with McKinsey, Goldman Sachs Corporate Finance, governments in the Middle-East and multi-nodal agencies in infrastructure and natural resource management. Agricultural expert Ashok Jayanthi, who has over three decades of experience in hydroponics, timber farms, and horticulture, directs the farming techniques adopted by Hosachiguru. They have also roped in other subject experts like Ayyappa Masagi, Dr. HS Anantha Padmanabha and Dr. Narayanaswamy as advisors to guide them in irrigation, rainwater harvesting, sandalwood farming and so on.

So far, they have 150 acres of land under cultivation. They are also consultants for another 250 acres of farms. "Our farming approach, employing rain water harvesting and other techniques, have actually enhanced the soil quality and water table levels in the region. By employing local farmers, we have created sustainable livelihoods for them," Srinath says.