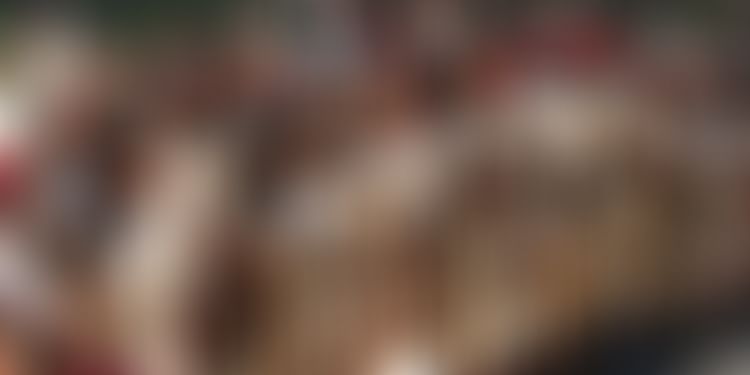 “You are the average of the five people you spend the most time with.” Jim Rohn, American entrepreneur, author and motivational speaker, once said this explaining how our life is influenced by the people we surround ourselves with.Today’s story is about 24-year-old Mayank who was lucky to be surrounded by a great man like Dr. Narpat Solanki. Dr Narpat is one of the best ophthalmologists in India and the founder of Dr. Solanki’s Eye Hospital. In his career, he has screened more than 13,00,000 people and performed 1,42,000 free eye surgery for low income and poor people. And he is the father of Myank Solanki, founder of Val-Ed Initiatives.

“He always taught me that if you have a talent you need to use it to serve society and that’s what I want to do,” says Mayank. “When you have a person of influence like my father around, you get influenced. I have never felt his presence as a competition, but as an inspiration. I worked with him for two years, but I understood that I have very different interests. So I decided to serve society in a different way,” adds Mayank.

Despite his young age, Mayank is founding his second organisation. The first one is named Yuva Ignited Minds and is working towards youth empowerment. He had also been recognised and awarded by different institutions such as Asia Pacific Youth Network, ILeadIndia campaign and was also a TED speaker. His new project is named Val-Ed Initiatives and aims to teach values to children to shape their character. The idea for the venture came during his work in Yuva Ignited Minds (YIM). “I saw a lot of people finishing university and leaving YIM because they had other priorities. I asked myself why, and I understood that it was because they didn’t have giving in their being. I think that there are two states: one of being and of one doing. Doing is the one that comes from your responsibilities, while being is natural, which comes from your personality and your character. And character comes from your value system that depends on how you grow up and what you create on your own. If we want to create a great society, we should teach our children to change their value system,” says Mayank.

From that idea he decided to do some research. He started to speak with parents and identified certain trends “Today’s parents are busier and it’s more difficult for them to dedicate time to their children. That means that their value system is highly influenced by other people they spend their time with and this, sometimes, can be dangerous. Moreover, less than 10% of the fees that schools received are spent on improving the character of children. Today education is more focused on academics but we need to pay attention to values; education without values can be a disaster. To be a good person you need to have both,” adds Mayank.

So he decided to create a program to solve this needs of the society focusing on love, positivity, focus and integrity. “I developed the course to make it fun and interactive since the target are children between 10 and 11 years old. I validated this with psychologists and experts on the field and then I proposed it around. I started to deliver this course where we put children in situations where they have never been and they can improve and learn a lot. We called an Army personnel to speak about the power of positive thinking during war, a scientist to speak about how love and passion towards someone drove a lot of discovery in the last century, and a policeman to speak about how to fight corruption through integrity. Lastly, we run a session with their parents since they are the ones who will need to keep tracking their values development. The entire course takes two days, and every class is for 20-25 people,” says Mayank.

But this is not just a very nice weekend for the kids, it is a program to develop their values in an ongoing basis. “There are three levels on which we work: the foundation level of values, the advanced values and the beyond values. Every program is given every three months and in the meanwhile we keep a track of the development of the kids virtually to understand their change,” says Mayank. Their revenue model is also very interesting. “We work both with corporates and with schools. In companies, we ask them for a fee in order to do the program for the employees’ children, while in schools every parent can offer what they want. If they are not happy with it they are free not to pay,” adds Mayank.

In the next few years the main priority for Val-Ed Initiative is to scale up. “I would love to teach teachers in order to enlarge our scale of operations and to impact 1 million people. My dream is to transform them into social entrepreneurs in order to help this country,” says Mayank. That’s for sure a big goal for a young guy, but the apple doesn’t fall far from the tree and we are sure that Mayank, as his father already did, will be able to achieve his dream.