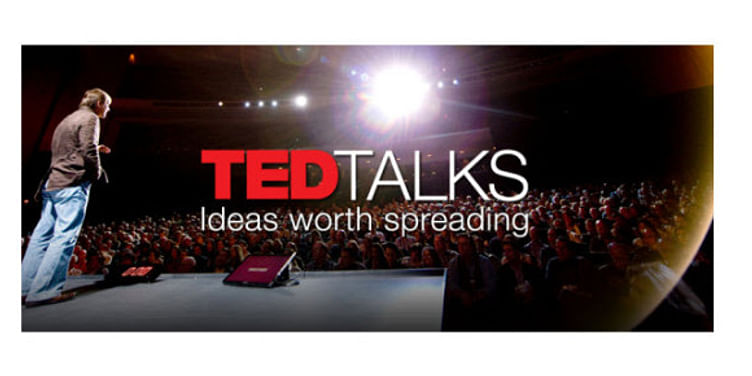 TED talks are highly addictive, moving, dramatic and inspire listeners to think, and sometimes act. We have curated a list of TED talks by a variety of high quality speakers who have had immense impact in the areas that they have chosen to be involved in. They have taken on the big problems facing the world at the moment including urban upheaval, illiteracy, environmental degradation and financial inclusion. We have decided to publish this as a two-part series so that you can read the feature, and watch the videos at leisure. (Part 1 is here)

8) Dan Pallotta: The way we think about charity is dead wrong:

Pallotta gets to bottom of the problem of attracting top quality talent to the non-profit and social business sector. Nonprofits, he says, are rewarded for how little they spend and not for what they get done. He wants us to loosen our purse-strings and spend more on the nonprofits that deliver. He talks about the power of compensation by explaining that you can make $50 million making violent games for children and be on the cover of Wired magazine. But if you make $0.5 million trying to solve the problem malaria among kids you are considered a parasite.

Pallotta created the multi-day charitable event industry: the AIDS Rides, and Breast Cancer 3-Day events that has helped raise close to half a billion dollars. He is president of Advertising for Humanity and founder president of the Charity Defense Council. He’s also written books that have been widely praised.

How do you keep ex-convicts from going back to prison after they are released? Toby Eccles idea was the Social Impact Bond: that helps fund social initiatives with private money. When the goals are met the government pays back the investors with interest.

Toby founded Social Finance in 2007 and is the creator of the Social Impact Bond, which was first used in the UK, and has now spread to other countries. he has been secretariat for the Commission on Unclaimed Assets, where he helped develop the recommendation for the creation of a Social Investment Bank. Earlier he was Director of Research at ARK, a child focused foundation, where he built programs around education in the UK and communities with high levels of HIV/AIDS in South Africa. In an earlier avatar, he worked in corporate finance at UBS Warburg, and built a next generation internet protocols business for Data Connection, a leading UK software company.

10) Michael Porter: Why business can be good at solving social problems:

Michael Porter believes that the biggest problems faced by humanity must be solved by large corporations and not just nonprofits. Why? Because they will end up making a profit, which can then be used to invest more in the solution.

Porter has been called “the most famous and influential business professor who has ever lived” by Fortune magazine. A prolific writer, his books on competitive strategy are must-read material for business students around the world. Now he’s working at the intersection of business and society through the concept of “shared value,” which combines economic value and value for society.

Porter is a University Professor at Harvard Business School and founder of the nonprofit, ‘The Initiative for a Competitive Inner City.’

Krista Donaldson talks about the ReMotion knee, a prosthetic device for above-knee amputees, that’s targeted at the poor. Donaldson believes that technology has benefited those who can afford it, but she wants to change that through her company D-Rev, which uses design and technology to make affordable healthcare products.

Donaldson is a PhD from Stanford University, who is D-Rev’s CEO, and had lead efforts to develop Brilliance, a device to treat severe neonatal jaundice, and ReMotion. She’s been recognized as a Silicon Valley “40 Under 40” winner, a TEDx and Clinton Global Initiative speaker and one of Fast Company’s Co.Design 50 Designers Shaping the Future.

She’s worked at companies like the product design firm IDEO and is currently a lecturer at the Hasso Plattner Institute of Design at Stanford.

In this absorbing talk, Mullainathan shares a lot of insights that range from reducing child deaths due to diarrhea, preventing diabetes-related blindness and how to implement solar-cell technology. He also poses some troubling questions why after knowing fully well about how we can solve these problems, we somehow don’t.

Mullainathan was awarded a MacArthur “genius” grant ($500,000 purse that can be used for anything) in 2002. He has produced and collaborated on various research papers that seek to better understand economic behavior and the functioning of markets. One of them included a study of the corruptive practices involved in getting a driver’s license in India. He’s currently conducting other interesting social experiments that could produce big insights.

In this riveting talk Geoff Mulgan suggests that instead of funding old companies the money can be invested in socially responsible companies. This, he says, would ensure that the world could become a better place to live.

Mulgan is director of the Young Foundation, (a center for social innovation, social enterprise and public policy) and founder of the think-tank Demos. Mulgan is the author of “The Art of Public Strategy.”

Prior to the Young Foundation, Mulgan has heled key advisory roles with the UK government.

Richard Wilkinson uses hard data on economic inequality to demonstrate that when there’s a huge gap between the rich and the poor it has negative affects on health, lifespan, even such basic values as trust, for everybody.

Wilkinson claims that societies that are more equal are healthier and happier.

Wilkinson is best known for his book with Kate Pickett ‘The Spirit Level,’ which claims that societies with more equal distribution of wealth have better health, and fewer social problems such as violence, drug abuse, teenage births, mental illness and obesity.

He is Professor Emeritus of Social Epidemiology at the University of Nottingham, and also co-founded The Equality Trust.