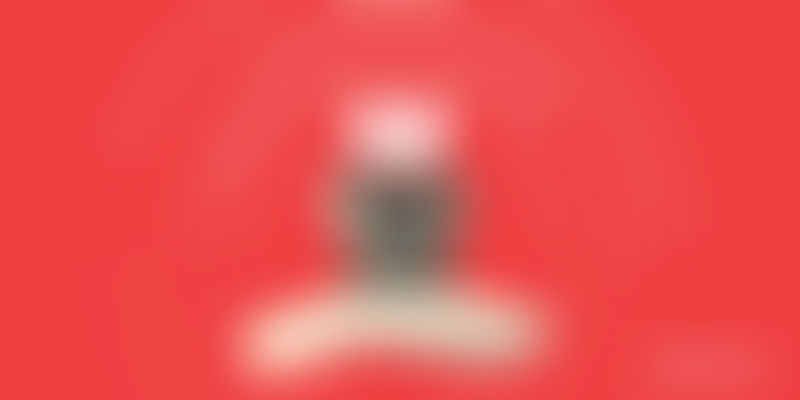 I had heard somewhere that the best way to connect with someone is to show them that you are as crazy as them.

She called me 10 days after the breakup and told me that the breakup hasn’t happened yet and then she broke up with me the very next day again.

I was sure this was the girl of my life and almost sure that I will end up marrying her. Did it hurt? Well, the only time I did not feel the pain was when I was sleeping and that’s why I slept most of the time. And then I skipped couple of days of work. It wouldn’t have mattered much to a company if I were an employee and would have taken leave, but the problem was that it was a company I had started and I was the so-called CEO of the company or startup, if you prefer. Between the lines advice: unless you are building the next Whatsapp, it’s better if you run your startup like a company and not your company like a startup. If you didn’t understand that, someday you will.

Coming back to my heart break, what is even worse is when this is the company which you had started after putting whatever you had on stake, after quitting a seven digit salaried job which people yearn for; after not listening to your parents to study further.

In a relationship, as in a startup, there is something called as the honeymoon period where everything seems perfect and filled with passion and you are excited that you have just found your love (or started something you have been dreaming of). It’s filled with some of the most awesome moments the happy times, telling people about your happiness and sharing with them. It seems like things are all sorted and you are always in a certain sense of high. Then reality kicks in…

What happened with me was that the honeymoon period of the relationship and the startup actually started at the same point, so did the aftermath. When you realise running a company is more than telling everyone that you are the CEO of company that has just raised funding and you face the bigger challenges i.e. hiring/firing (your lead developer getting an offer from Flipkart and you trying to retain him), operations, money in money out, marketing, product and more importantly survival. So the problems while running the company had just started when she broke up with me, the so-called love of my life (damn Shah Rukh Khan, I hate you for this, but I love you for the entrepreneur you are).

And then I hit rock bottom, what’s the use of going to office? Does anybody care? I just want to sleep and not face reality. But then there was another voice saying, ‘isn’t this what you craved for Gaurav?’ This adventure? This low followed by high followed by another low? Isn’t that what you were getting into when you left your job and started your company? And obviously it’s never supposed to be easy. If it’s easy it wouldn’t be worth it, will it? But my chest hurt, I wanted to cry, I wanted to call her and ask her to stick with me in these bad times so that I have the courage to fight them (lame reason you give yourself during worst of times). But I didn’t call her and I did the following things.

The last line is from James Altucher’s blog post, this is the whole paragraph. I guess he pretty much sums it up in one para better than I will do in this whole post.

"You Fall Backwards. You’re losing clients. Your best programmer quit. Your traffic is going down. Your girlfriend is not returning your calls. Your boss promoted someone over you. Time to get creative now. You need to think out of the box. Again, this is just an obstacle. Not a failure. Failures start off as obstacles. You want to overcome obstacles. You can’t make your girlfriend call you back. Maybe you get a new girlfriend who calls you back. Maybe you take a step back and build a new site. You start looking for a new job so you find people who value you. Falling backwards consistently will make you go to zero. So when you start to “fall backwards” you say, “ok, I have an obstacle. Now I need to think out of the box to get rid of this obstacle.” It’s not bad to have obstacles. You just have to overcome them. If you fall back too far then you fall down.”

It took three months of discipline from the point when I used to wake up and be like, “I just want to sleep more and not give a damn about anyone anymore;” to the point where you get the same passion back for your company as you had on day one. It wasn’t easy, but well good things are never easy. And slowly things started to get better. December was the time when we reached from 19 people to six people because well, we had to survive and it was the right thing to do. Difficult but right, and then things started to get better. More traffic, more customers, more inventory and more colleges.

As they say, just don’t give up yet, things will get better. As I look back, things did get better and a lot better. And it took a lot of effort on my part to focus on the positive aspects and learn from my mistakes. As House says, time doesn’t change anything, doing things change things. There are times I do get anxious, start worrying but then I smile, focus, read and do my work.

On another note, Flat.to recently launched in Bangalore, Kota, Pune and is soon launching in Delhi and Jaipur.

About the authorGaurav Munjal is an entrepreneur from Mumbai who started Flat.to after facing accommodation problem during his college years. Previously a developer at Directi, Gaurav loves making educational videos for his youtube channel Unacademy in his free time. You can follow him on twitter @gauravmunjal or read his ranting at blog.gauravmunjal.com