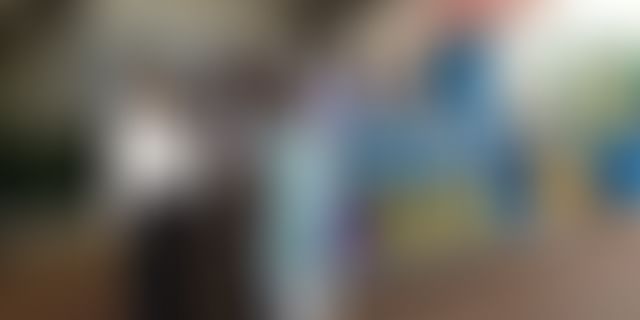 Embracing entrepreneurship means welcoming its challenges. Some lessons are learnt the hard way but they also come with rewards, as Sasi Sekar Krish found out.

Sasi, an engineer and a researcher at heart, completed his post graduation from IIT-Madras with a specialization in Microelectronics. He attained his doctorate from IISc, Bangalore, working on VLSI algorithms. While pursuing his under graduation, Sasi had come up with a new way of welding equipments for buses. He wanted to put it in application and start-up with this idea. But his father objected to it and asked him to enroll for post graduation instead. By the time he completed his post graduation, he had lost his entrepreneurial drive, and found himself looking for a corporate job.

Sasi joined Wipro, but the adventures of the road less traveled kept beckoning him urging him to take his chances. While on the job, Sasi pursued his research again and got a doctorate. After seven years on the job, he took the long delayed decision to start up. His journey till now has been quite an experience in itself. Today, Sasi is the founder of nanoPix which develops machines to provide an integrated cashew testing and grading solution to small-time farmers.

Sasi discussed his idea of starting up with three colleagues at Wipro. To get the initial capital required for starting up, they agreed to switch to a very high paying job for a year and save the initial investment amount. Sasi says, “Our salary was almost five times of what we were earning at Wipro. When it was time to quit after a year, all my three colleagues backed out. They were not willing to give up the paychecks. I was the only one left.” Sasi didn’t back down.

“I started providing integrated camera-based solutions to them which could do various things such as inspection of machine parts, whether a screw is fully tightened or not, if a tube is inserted properly or not. I had developed an application which could sort different types of nuts and bolts, could check if the size was the one needed in a specific part etc. The application sorted out, pre inspected and qualified nuts before they reach the assembly line where they needed to go into the car. People were looking for solutions I offered,” says Sasi.

He was running a one-man show for over a year. Later, he thought of joining hands with Sankalp Semiconductors in Hubli and went to see what could be worked out. Nothing materialized there but during his time in Hubli, he was introduced to Deshpande Foundation. “I got to know how technology could positively impact society and one can still have a viable business,” says Sasi. Once over coffee with a friend in Hubli, Sasi mentioned about his work relating to image processing solutions with nanoPix. Citing an example to explain the technology better, Sasi said that it could sort different types, shapes, sizes of nuts. Sasi’s friend assumed that he was talking about ground nuts and cashew nuts. It was a coincidence, which would turn in Sasi’s favor. His friend had met a cashew nut manufacturer the same day, and the manufacturer had lamented the increasing cost of grading cashew nuts and lack of skilled labor.  His friend introduced Sasi to the manufacturer.

But when they got talking, Sasi realized that the manufacturer wanted sorting and grading solution for cashew nuts and not nut and bolts! “I thought to myself why not? and I created a solution quickly and showed it to him. He was impressed by the software but told me that nobody would buy just a software in cashew industry. People will need an end-to-end integrated solution. This helped me see the bigger picture. I made a business proposal and presented it to Deshpande Foundation and they helped me raise some money. I built a product and a team too. Meanwhile, we got more customers and we were ready with the machine in 18 months,” says Sasi.

Upon entering the cashew industry, Sasi understood how the whole process from growing till grading and finally manufacturing and exporting of cashew nuts works. Farmers who grow these nuts don’t have any way of grading them. They do all the dirty job of cashew processing and the exporters do the white collared job. “At present, only people with a lot of capital are running the show. The farmers who are the real providers of cashew nut export orders don’t have the capability or the labor to grade the produce and sell. We made a machine for farmers. If farmers sell the nuts after grading them, they can sell their produce at a substantially higher price,” states Sasi.

He traveled extensively to every village and talked to people in the cashew trade. Almost everyone was skeptical about his product. They found the solution too expensive and were not sure if it would work. Finally, he met a farmer who had an order in hand to fulfill. Sasi was glad that the farmer was ready to take this risk because if this machine worked, he could deliver an order and have a turnover of close to Rs 60 lakhs.

“He bought our machine and completed his order four days ahead of time. Other farmers got to know of it and our machines started selling. Now, we had links with the farmers as well as with the commercially-driven industry who just grade and pack. We cater to both – the exporters, and the farmers. The advantage for the farmers is that they get a 50% subsidy. They get the machine worth Rs 12 lakhs for just Rs 6 lakhs and they can get this investment out in 8-10 months time,” says Sasi.

Sasi has sold 15 machines and is looking at closing on another 25 by the end of this financial year. Today, nanoPix is a 28-people-strong team, and Sasi had moved his family to Hubli too.

Sasi says, “I remember a time when after paying the salaries and clearing all the dues for the month, I had exactly Rs 3,508 left in the account. It was a nightmare. But suddenly I got an order for three machines of total value Rs 36 lakhs. Time changes very fast. Every day I have made mistakes but I don’t regret them. I could not manage my finances. Sometimes I promised the moon and delivered a street lamp to customers. I chose some wrong people to work with along the way and it cost me time as well as money. But I am improving.”