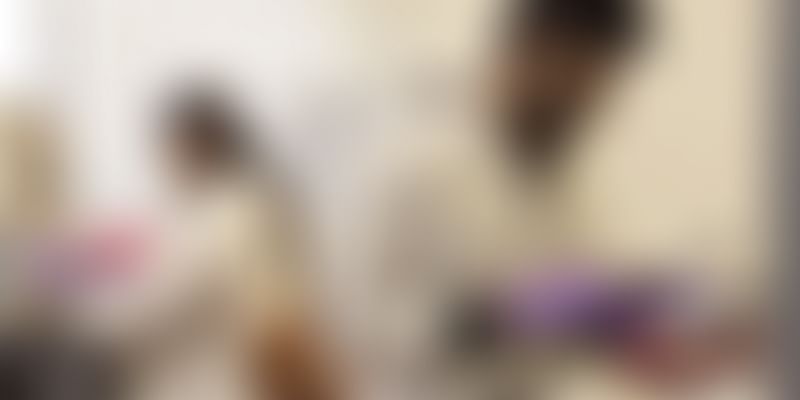 In its first year of operation, Redcliffe Life Sciences has processed over 5,000 samples at its lab, generating revenue worth Rs 10 crore.

Dheeraj Jain, an investor working in the life sciences segment for decades, always felt that there was a need to create a transformational entity in the healthtech sector.

“I saw tremendous potential in using artificial intelligence (AI) and machine learning (ML) in sync with biotechnology,” he tells YourStory.

To harness this potential, he founded Redcliffe Life Sciences in 2018. Based out of Delhi, Redcliffe offers services including clinical exome sequencing, NIPS, and cancer large gene panel tests that are non-invasive and harmless for the foetus. Its range of diagnostics includes fertility tests, reproductive tests, screening of foetus and embryos for Down Syndrome, cancer liquid biopsies, and diagnosing rare diseases in the first trimester of pregnancy.

“We spotted an opportunity in creating precision diagnostic methods and medicines to treat a number of conditions including cancer and rare diseases,” Dheeraj says.

Though human beings belong to the same species, every individual’s DNA is different from another. A genome or DNA sequencing, unlike the conventional ultrasound, can help discover much more about our bodies. In fact, it is instrumental in spotting genetic faults, also known as mutations, in one’s body.

Early-stage identification of these mutations can lead to predicting disease possibilities.

“This approach can make a huge difference in diagnostic and treatment therapies. Especially in the treatment of cancer, gene sequencing is recommended,” Dheeraj says. This led to the genesis of Redcliffe.

Having founded the company in 2018, Redcliffe first built its centralised lab and then started with the various clinical validations of its tests, using CAP guidelines. Subsequently, it entered the market with its commercial offerings in 2019.

Over the last year, it has already processed over 5,000 samples at its lab. Its clients include Dr Lal Pathlabs, and hospitals and institutes including PGI Chandigarh, AIIMS, Sir Ganga Ram in New Delhi, Bharti Vidhya Peeth Pune, among others. Redcliffe is also an exclusive partner of Ambry Genetics.

Redcliffe charges a service fee for each of the tests it conducts, like any other diagnostic company. In its first year of operation, it touched a revenue of Rs 10 crore.

“For the next year, our target is Rs 25 crore,” Dheeraj says.

While Redcliffe has been generating good unit-level profits, it has spent heavily on marketing and operations costs. According to Dheeraj, Redcliffe is two years away from breaking even.

Redcliffe was co-founded by Dheeraj and Ashish Dubey.

Dheeraj has done his MBA from Cass Business School and has had a long stint in the Global Finance Team at Nokia in Finland and UK. He has, so far, invested in more than 25 ventures, and currently serves as the Independent Director of various startups, including PeeSafe (also, a Co-founder), Shipsy, InFeedo, Skin Elements, and Deyor Camps, among others.

“I believe that Indian healthcare sector has great potential. The country has already seen several unicorns from the FMCG, and ecommerce space. The time is ripe for the next wave of unicorns to emerge from the healthcare industry,” Dheeraj says.

Ashish, on the other hand, has more than 15-years of experience in genomics and molecular business. His last leadership role was with Sandor Lifesciences. Ashish has a Masters degree in Biotechnology.

The founders met each other during a Lifesciences conference in Delhi, some five years ago, and spent almost two years discussing the possibilities in the healthcare industry.

Besides the founding team, the startup comprises 40 more employees. These include molecular scientists, bio-informaticians, lab technicians, along with sales and techno-commercial sales team. Cumulatively, it has five Post-doctorates, three PhDs, and 12 Masters’ degree holders.

Coronavirus: Healthtech startups and telemedicine prove to be the need of the hour

“Out of the 25 million annual pregnancies in India, we are targeting 10 million in the urban or semi-urban areas,” Dheeraj says.

“The funding will be used to further the reproductive health brand Crysta along with launching more tests in the oncology and rare disease segment,” Dheeraj says.

According to RedSeer’s report ‘Indian Diagnostic Market: Shifting to Preventing Care,’ published in 2018, the Indian diagnostic market was growing at a rate of nearly 15 to 20 percent, and was estimated to be worth 400 billion pounds. Redcliffe competes with the likes of MedGenome, Eurofins and Strand.

According to Dheeraj, within a year of entering the market, Redcliffe has observed tremendous growth. This, he attributes to the startup’s turnaround time and competitive prices.

“On an average, our services are 30 percent more economical than the competitors and we are three-times faster on our turnaround time,” he says.

By the end of 2020, Dheeraj plans to increase the team strength to 100. He plans to build a Rs 100 crore business, targeting up to 700 gynaecologists in India. “We aim to become the one-stop-shop for fertility and gynaecology services,” he adds.

Going ahead, Redcliffe will focus on acquiring or investing in AI-based companies that are building diagnostic platforms. Redcliffe is also in talks for a Series A funding round of about $10 million to $12 million.

“This funding will be used to create a bigger lab for the mother and child segment and build vertical diagnostics company both routine and specialised tests. We are also onboarding more advisors and experts apart from expanding outside India. The long-term goal is to become leaders and build two to three long-term partnerships with big pharma companies,” Dheeraj says.