Freshdesk out to save the hacker in Chennai 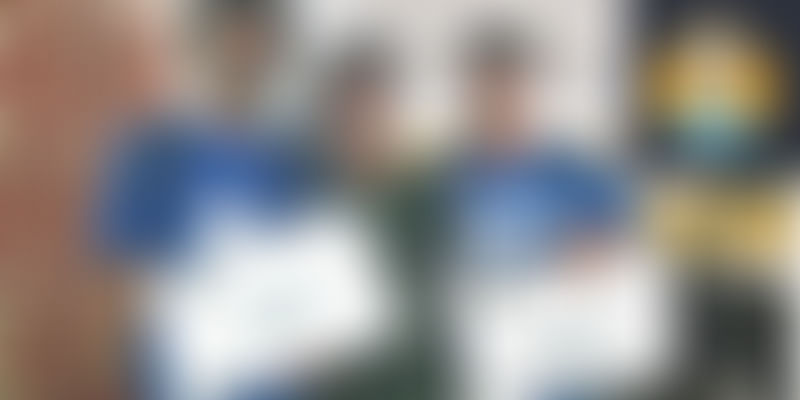 “Why should we save only the tiger and not the hacker?” asks Girish Mathrubootham, Freshdesk founder, in a rather matter of fact way. He follows it up with, “Have you come across any open hackathons in Chennai apart from In50Hrs?” It sounds right and vibes with the hacker community, which rushed to participate in ‘Save the Hacker,’ a weekend hack organized by Freshdesk.

The 72 participants came out with a remarkable 25 demos and each team was assisted by one of Freshdesk’s seven mentors. Freshdesk gave away a prize of Rs. 1 lakh — the winning team walking away with Rs. 50,000, the runner-up with Rs. 30,000 and the second runner-up with Rs. 20,000. Uber joined the fare and gave credits of Rs. 5000, Rs. 3000 and Rs. 1500 for winners in that order. For deciding prize winners, mentors were asked to score the teams on their effort through the two days. Judges (Girish and Krish Subramanian, CEO of Chargebee) collated their own ranking to jointly come up with the winners. The added kick of participating in Save the Hacker was participants riding in Mercedes-Benz, thanks to Uber’s free credit of Rs. 600.

The winner of ‘Save the Hacker’ was Krabz, a team of three—Karthik Subramanian, Abhinandan Ramprasath, and Karthik Hariharan. They created a Fantasy Tweet League on the lines of Fantasy IPL League. Two players choose a team of five players each. Then for the next 60 seconds, the number of tweets, mentions, and re-tweets of each player is counted. It’s a one-on-one. Player A in team 1 vs. Player A in team 2 and so on for the five players. Who scores the highest tweet score wins the game. If players A, C, and D win in team 1 and players B and E in team 2, the score is 3-2, and team 1 is the winner. What’s so special about this game that gave them the winning proposition? Shihab Muhammed, a mentor and product manager at Freshdesk, says, “While the idea wasn’t ground breaking (it’s a fantasy game based on Twitter), the engineering challenge and execution that went into building the product in two days was notable.” The winners feel the game could be extended to the upcoming elections; a fun game at that.

Muneer , Srinivas, Parikshith and Vignesh developed ‘There Will Be Blood,’ a blood donation facilitating app based on Twitter feeds. The requests for blood donation are pulled from Twitter and loaded into the app so that the user gets to know in which city blood is required, the type of blood, and the contact number. The donor can contact the number and donate blood. This team won the second prize and Girish noted their social cause angle added weightage apart from mentor scores and judges’ ranking.

The ‘App Men’ team of Praveen Inbarajan, Lokesh, Rishivharsun and Sasikumar used augmented reality to locate objects in a given space. Using longitude and latitude, they fixed the location of a plant pot at the Freshdesk office. The real application of this app could be in big spaces such as malls where the user can reach their destination such as a shop or a cinema screen using this app. Shahib, the mentor at Save the Hackathon feels, “They took the concept of augmented reality to another level by tying locations with actions. We saw some great potential for location based advertising in their app (for instance, the business value of the idea would jump many fold if they were able to incorporate recommendations into the core app).”

There were many other interesting apps that came through such as Pesu (through which a secure peer-to-peer communication is enabled without the use of any of the existing tools such as Skype), price comparison app (using which price of a product can be verified from several online e-commerce sites and the cheaper one ordered), geo-location app (used to automatically turn mobiles into silent mode at given locations), civic problems app (using which complaints on civic problems in Chennai can be reported, which in turn will be shared with the respective Corporation councillor in the ward for further action and followed up till it gets solved), shopmentor (using which shopping lists can be prepared for occasions such as birthday parties; this uses crowdsourcing for getting information) and location-based music app (playlist culled from Gaana.com is used to play to preferences of the user for different locations, moods and settings; when you drive fast, you get a fast-paced song).

Vignesh Natarajan, who participated in Save the Hacker, writes in his blog, “They wanted to save people like me from rotting without writing a single line of code to be proud of,” adding, “Just like 90% of the CS undergraduates across my country I would also have passed four years in college without writing code that actually meant something.” He goes on to say, “I conceptualized an idea which I thought would make the world a better place, tried to put several aspects of technology together by discussing and learning things (front end, back end, load balancing) over 40 hours which I did not have the opportunity to do in the past four years, all this while brainstorming with a team of three other incredible people enthusiastic about the same idea (Muneer, Srinivas and Parikshith).”

Talking to a section of participants, judges and mentors, I gathered that many of these prototypes or ideas developed at hackathons die and don’t really go on to result in startups. Only a very few take their idea forward. But as Vignesh puts it, the hackathons provide rich opportunities for one to test their coding skills, work in a team, take their idea to a tangible shape and manage time. These skills will stand the participants in good stead at times of need such as when starting up, or writing codes for important applications in a group environment.

Freshdesk plans to hold the next hackthaon for college students at Anna University on March 22. The winner will walk away with a price of Rs. 50,000.