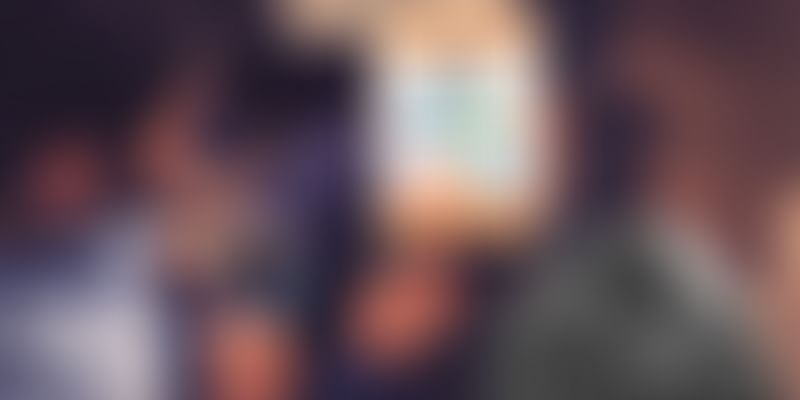 A NetApp-Zinnov study sheds light on the country’s B2B startup ecosystem, highlighting the key factors driving growth. Also, experts weigh in on how B2C is enabling B2B, and why there will be more B2B unicorns soon.

While the initial years of India’s startup ecosystem were largely dominated by consumer-facing companies - in terms of buzz and business - B2B ventures are finally finding their feet now.

This growth is driven by a combination of factors.

a) Increased corporate involvement, with several large companies like JSW starting their own tech accelerators

b) Growing number of B2B-focused VC funds, most of them being committed to ‘deep tech’ startups

Essentially, the B2B startup sector has expanded beyond the realms of just ‘enterprise-CRM’, its defining trait until 2014. In fact, the two were often used interchangeably. But now, fintech and healthtech startups are also making a significant impact in the space.

Besides conventional software-as-a-service (SaaS), alternative lending, expense management, medical IoT, and AI-enabled predictive platforms have emerged as fast-growing areas, the report states. The general consensus is that in the next 10-20 years, several B2B unicorns would emerge out of India. In 2018, Freshdesk became India’s first SaaS unicorn, and is now selling to the world. This will be soon replicated by others, experts reckon.

And, this might be because B2B is stickier than B2C.

“B2C might be easier to start with because the entry barriers are low. But the stakes are much higher. For B2B, the entry barriers are greater, but the category is stickier because you won’t have organisations shifting their entire processes and software year on year. B2B requires not a two-year but a 20-year window.”

Following are some prominent trends emerging from the B2B startup sector.

In 2014, there were just about two corporate accelerators in India. Now, there are over 50, reveals the NetApp-Zinnov report.

Over 66 percent of global corporates have set up accelerators in India in the last few years, realising that the country has a great talent pool. In fact, 80 percent of all active accelerators and incubators today were incepted between 2015 and 2018, and more than 400 startups have graduated from them during this period.

“Indian entrepreneurs never lacked imagination. But, in the last 10 years, the best talent was always limited to corporations. Now, that gap is being bridged. This reverse flow of talent is the most inspiring thing about the B2B startup sector right now.”

In the last five years, Bengaluru, Delhi-NCR, and Mumbai have emerged as the “hotbed” for B2B accelerators. Together, they account for 57 percent of total B2B startups in India (Overall, there are over 1,750 startups in these markets). Also, three-fourths of all corporate accelerators and incubators are located here.

While Bengaluru is home to 400+ global MNCs and R&D centres, it also has a “high-quality talent pool” in emerging technologies like AI and data science.

“AI is a highly pervasive tech that generates a lot of learning and helps implement action. People are simply winning the game with superior data. Over 800 B2B startups work in advanced tech.”

Mumbai, on the other hand, is home to India’s banking system, fostering the growth of fintech startups. Last year, Maharashtra became the first state to release a dedicated fintech policy. Delhi, meanwhile, offers easy access to engineering talent from IIT-D, and the Delhi University.

Besides these regions, Hyderabad, Pune, and Chennai, which collectively account for 500+ startups, are poised to become the next B2B hubs. “Flexible economic policies, State government support, and an access to various industries have led to their growth,” the report stated.

Also Read: Mumbai has emerged as the hub of B2B startups in India, but talent still in short supply

B2C ‘creating a space’ for B2B

Consumer startups are actually spurring the demand for B2B solutions and services. B2B startups like Delhivery, Udaan, Perpule, CapitalFloat, and others have all been made possible because of the growth in B2C startups.

Delhivery and Udaan are already unicorns, with the latter breaching the $1 billion-valuation mark in just three years.

“There may be more B2C unicorns, but B2C startups are creating a space for B2B startups to grow. These B2B startups will become unicorns much quicker,” says Ajeya.

Also read: Why Tiger Global and other investors are eyeing Indian B2B startups in their hunt for the next billion-dollar bet

Blume’s Sanjay says, “Founders have to go and work in the government to foster better and faster collaborations. Look at Phanindra Sama and his involvement with the local government.”

Phani, as he is popularly known, founded and exited redBus, one of India’s first startup success stories, and now serves as the Chief Innovation Officer of the Telangana government. There is also Amit Ranjan, ex-founder of SlideShare (later acquired by LinkedIn), who heads the National DigiLocker Project in Delhi. “The founder mindset has to reach the government,” Sanjay believes.

The needle seems to be moving in the right direction with other countries looking at how the Indian government and startups are complementing each other.

“India is unique in the way it builds infrastructure, and a lot of countries are now looking at us. The government has surely become more professional in its approach to startups, but it still requires more concerted efforts from both sides.”

NetApp’s Ajeya believes that the best way for governments to foster collaboration with startups is by becoming their first customers “because startups are able to find solutions to several problems at seriously competitive prices.”