What made this duo return to India? 'Please See' this story of passion 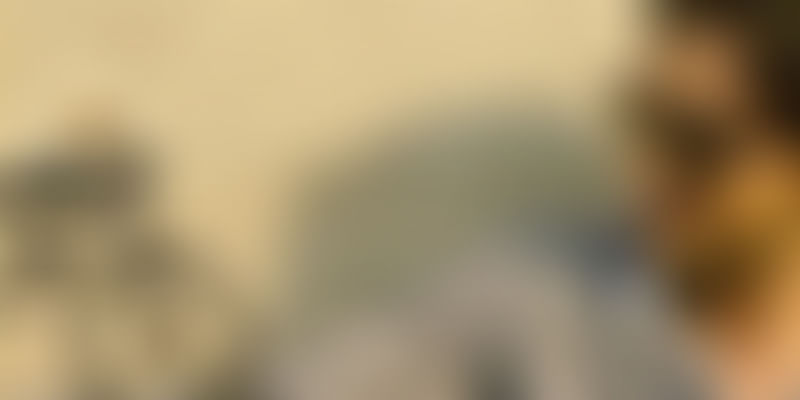 They were working for the biggest global brands, creating exciting ad campaigns, in New York for nearly a decade. Pritha Sahai and Avinash Thadani, two creative souls, at the top of the game, so to say. But a nagging thought began haunting them: Why should we waste our talent in the West, when it is needed more in India? Young and restless, they toyed with it for six months. Finally, on a flight from Miami to NYC, the penny dropped. The decision to cash out at the top of the game, come back to India and restart from scratch was made. "Please See was born at 35,000 feet above sea level. I pulled out my laptop, used the plane WiFi and bought the URL www.please-see.com on the flight," says Avinash, co-founder of Please See, a Delhi-based creative ad agency.

Remember that guy in class who was brilliant? He always scored high marks but if you put him in front of a girl he didn’t know what to say. Cut to the present. "We look for those smart people who are making amazing products or services. We help them with what they are not good at – effective communication," says Avinash. Please See promises to find a compelling need for that product or service and communicate it to consumers in a powerful manner.

The FICCI-KPMG report on the Indian Media & Entertainment (M&E) industry released a week ago stated that the M&E industry is expected to register a CAGR of 14.2% to touch Rs 1,785.8 billion by 2018 wherein digital advertising is expected to have the highest CAGR of 27.7% while all other sub-sectors are expected to grow at a CAGR in the range of 9-18%. It said that the Indian M&E industry registered a growth of 11.8% in 2013 over 2012 and touched Rs 918 billon.

"We are in the business of creating – creating a need, creating a desire, creating a vision, creating a change and most of all creating work that creates an impact," he says. How do you have a conversation with a billion people and do it in a way that is interesting to them? How do you communicate effectively, like the song you never forget or the movie scene you always remember, or the postcard that made you imagine what it'd be like to be there. That is the idea.

The first step is to zero in on the core value of what a company does. Then Please See figures out a way to communicate that which will leave a lasting impression. For Carzonrent, they conceptualized a campaign that gets people excited about road travel in India. "We travelled the country and shot in some of the most exquisite locations, to let consumers know that they too can visit these places with Carzonrent. The campaign was launched nationally with a message that whatever the occasion or situation may be, all you need to do is ‘Just Carzonrent it!’."

According to Avinash, the company is a combination of a design shop, ad agency, and digital firm. After his college days in the US, Avinash did a few odd jobs – "from waiter to factory worker" – before landing at Merril Lynch. The ad bug bit him there, and he drove out to New York City with a dream to bag a job with Saatchi & Saatchi. "I knew advertising was it for me. I slept in my car, and waited outside their door for 10 days till they hired me. From there, I made my own future," he says. After a while, he moved to Ogilvy, and in 2007, worked with a mobile marketing company in NYC with two others. His partner, Pritha Sahai had moved to NYC to work with Euro RSCG in 2007 after graduating from the Academy of Art, a design school in San Francisco.

After both of them decided to come back to India and startup on their own, Pritha moved to Delhi first and started Please See on her own, while Avinash was still finishing up in NYC. He moved in February, 2011, and Please See kicked off on 1 April 2011, April Fools day, "as we were fools in love with our venture."

Gunning for the young

Please See has a team of 20. And the average age of the team is probably 25. Avinash feels the only people who are smart and passionate are the young, who come with little experience. So, they train them for months. "We wait till they are at the level where they can be great at what they do. This takes time, but we are in it for the long haul. We are building a company that will last a hundred years," he says.

Like all other startups in India, hiring is the biggest challenge for Please See too. "A lot of young people go abroad for what they think is a better life. For me. to find those smart people full of passion in India is hard. Once we find them, we never let them go."

So far, Avinash has been funding Please See out of his own pockets. He doesn't want investments from outside. "We alone control our future. This is not an ego thing, it is that only we understand our creativity and do not want any outside influences on what we can or cannot do," he says.

The scale he has in mind is to "see how much our ideas and creativity can impact people." He gives us an example: "I want a motorcycle company as a client. A motorcycle is a source of passion and is also a means of transport for most of India. I want to make them proud of what they own, what they are doing and where they are. If we can make them impact some small change for the betterment of our country, we would have achieved all the scale in the world."

What are the ways in which you communicate your core value to the world? Tell us in the comments section below.