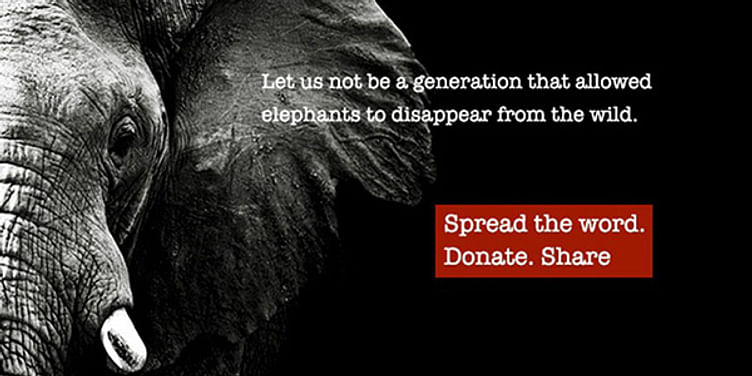 Rory Young is a wildlife tracker and activist who has been fighting against poaching all his life. There have been a lot of instances when he and his family have received death threats because of his stand against poaching. Born in Zambia and brought up in different parts of Africa, Rory took to wildlife tracking as a child and decided to make it his life’s mission. He applied to become a forest ranger and underwent a rigorous five year apprenticeship. Only 5% of the people who apply for it pass and you are allowed only two attempts. Rory made it through the first. He has honed these skills in the bush as a pro-safari guide and tracking consultant.

Rory has been in the field for over 20 years. He says, “I found that the very people who had knocked back the poaching in the 90s were now old, or were replaced with younger, less experienced people who had grown up after the liberation wars and counter insurgency operations of my generation and who had had no training or experience in the very skills needed to win. Very few could track properly and almost none knew how to follow-up poacher spoor as an effective team. Furthermore, the will to win was gone and there was no money because there was also no publicity about what was happening.”

To increase awareness about poaching and fund his work, Rory is raising money through a crowd-funding campaign. He and his team have announced a competition on their Quora Blog to raise money. So far they have collected close to $20,000 and need to reach their goal of $80,000 to train the natives for anti-poaching.

You can donate to their campaign here . Only a few hours are left for the campaign to end. Campaign has a fixed goal and they would not get anything if they do not reach their goal.

Rory teamed up with some of his friends, who were former special force soldiers and federal agents, and decided to contribute their skills and time to train natives in catching the poachers. It takes a lot of training and wildlife skills to become a tracker. You cannot just select anybody and train them. Prior skills for survival in the wild are a prerequisite. Rory says, “When you follow a poacher you are at a huge disadvantage because they can remove their tracks or even lead you to an ambush. It is not that the people who are involved in elephant poaching are desperate or hungry, they are doing it just for the money. There is enormous amount of corruption in this area.”

The fruits of their work have not been in vain. Earlier there were about eight to 10 poaching incidents per week. “At the end of the training period of the first batch, there was no poaching incident for four months. We had made a huge impact,” he says.

Rory relates another incident where they followed a poacher for a period of time and when he came out of the jungle he went directly to the police station. He said he knew that he was being followed and there was no use of getting away as he would eventually be caught by Rory’s team.

Talking about the need for such surveillance teams, Rory says, “We have been approached by desperate organizations all over Africa to train teams, including Zimbabwe, Zambia, Mozambique, Angola, Tanzania, Rwanda, Burundi, Central African Republic, Chad, and the list continues to grow. There is a desperate need for training and strategies, tactics and skills that provide a solution to deter, find and capture poachers, as well as win over communities to help in the effort. These organizations have realized that we have effective, cheap and pragmatic solutions and are willing to go anywhere and do whatever we can to help, whether we are paid or not.”

This is the spot at Daznga Baie in the CAR (Central African Republic) where Sudanese poachers gunned down 36 wild elephants in a few minutes last year. They were unchallenged.

Some of the bones can be seen between the elephant on the left and the closest tree in the left of the picture. They would not have committed this heinous crime had they known that there was a team of well-trained and motivated rangers moving silently and unseen around this area.

Though Rory has committed his life to the cause and is getting enormous support from people, the amount of challenges he faces are not less. At present, he is fighting elephant poachers in the CAR (Central African Region) which is a war prone area. But he prefers it there as he will be away from his family and thus they will be safe home in Zambia. He says, “If something happens to my family, I can at least take them and move to some other place, but if I am at home and something happens where will I take them.”

Another challenge is dealing with some governments. “In one of the countries when we tracked down a poacher and questioned him, it turned out he was connected to a local MP. But the MP blamed me and accused me of being a poacher. Local people know the truth. Most of the people who are behind it deal with guns and trafficking of weapons, they are not desperate people, it’s quite challenging dealing with them,” adds Rory.

The team has come up with a unique way to raise money for their crowdfunding campaign; they have announced a competition on their Quora Blog, where incidentally only men can participate, but everyone can donate. Here is how they did it. Some people have even offered to match the contributions made by others. Please contribute to the the cause here.