21 under 21: Meet the young entrepreneurs who are changing the world, one startup at a time

YourStory’s list of 21 youngsters who defied norms and started up when they were below 21 years of age, building solutions to disrupt.

What were you doing at the age of 18? Chugging your first beer, trying to fit into college, getting your first tattoo, or worrying about what’s next?

While most people mull the idea of starting up through their mid-twenties and into their thirties and forties, these individuals – all under the age of 21 - swam against the tide to make their ideas a reality.

Users must download the app from Google PlayStore or AppStore; they can schedule a pick-up of their parcel while the app picks up on their geo-location. When the dabbawalas are alerted about the order, they pick up the parcel from the sender’s doorstep and drop them off at the recipient company’s main hub. From there, the parcel is sent to its final addressee, within 4-8 hours. Cutting down on lengthy logistics, the app-based service promises to optimise time and streamline the mailing process.

Having on-boarded 300 dabbawalas from Mumbai’s 5,000-strong network so far, Tilak revealed to YourStory that the app already sees daily volume of close to 1,000 to 1,200 requests [Read more].

When the Delhi government, in a bid to curb air pollution, declared that odd and even-numbered cars needed to ply across the city on alternate days, 13-year-old Akshat Mittal had his bright idea. In 2015, the teenager built Odd-even.com, a pooling platform to connect people travelling to a common destination. On “odd” days, odd-numbered cars would show up on the platform; even-numbered cars would pop up on even days.

Ayaan Chawla was 13 when he launched his first startup; he went to start another three by the age of 15

Delhi-based Ayaan Chawla founded Asian Fox Developments in March 2011, reportedly with Rs 10,000, an investment which was made by his mom.

The company provides IT, web and marketing products and services.

Small-towners have big dreams, and Abhik Saha stands testimony to that.

Hailing from Chalsa, a nondescript small town in Jalpaiguri district of West Bengal, it is hard to believe that Abhik once failed in computer science. But at the age of 13, in April 2014, he founded Arnabhik Corp, a website building firm with help from friends in his locality.

In November 2015, Abhik created his first 2D Game App Birdingo, which was followed by five other apps in quick succession.

In April 2016, Abhik started working on understanding the frameworks that hold up the internet, and was most disappointed when keyword searches led to sites with no relevant information, ranked on the first page by search engines.

He soon started working on Origgon, India’s social engine and a registered company, which showed top sites based on top searches chosen by people all over the world.

Hailing from a small town in Saharanpur, Harshita’s journey as an app developer started when she was 15. She learned designing when she was 13. She quit school after Class 8 and was home-schooled after that.

In 2016, after attending MIT Launch from Massachusetts Institute of Technology (MIT), she built her first application Crypto Price Tracker, which allows users to track prices of more than 1,000 cryptocurrencies through graphs from over 18 exchanges, in 32 fiat currencies. Earlier this year, the app was one of the most popular paid apps on Apple’s App Store.

She also has started HarshitaApps, under which she plans to launch more apps. [Read more]

Tanay started professional coding at the age of 12 by making fun games and apps to trick his friends. By 2016, he was a fluent coder in over 20 programming languages.

The same year, Tanay also wrote a research paper on diagnosing early-stage cancer through image scans and was involved in building software to make this a reality.

YourStory reported in 2016 that Tanay along with Arjun Malhotra, Co-founder of Investopad, started Proximity, an app which notified users when their friends visited the city, fixing up meetings and helping create private or public plans.

The startup was also joined by a third co-founder, Ishaan Parwanda. [Read more]

At 16 and 18, Anand Chowdhary and Nishant Gadihote made the web accessible to the visually impaired

Oswald Foundation’s work is based on independent research done by the British Dyslexia Association and the World Wide Web Consortium. It helps customise a webpage's typography and style based on your reading preferences. [Read more]

By the age of 16, Avni Madhani had lost two of her family members to diabetes. She realised that many Indians lacked the knowledge on how to overcome challenges related to the disease.

This led her to launch The Healthy Beat in January 2017. She claims it to be the first-of-its-kind platform to access nutritional knowledge and a database of caloric values of Indian foods that can help make necessary lifestyle changes in diet and exercise to manage diabetes. [Read more]

Harsh was only 11 years old when he was diagnosed with dyspraxia, a neurological disorder that affects motor skills. But he didn’t let that stop him. At the age of 16, he mastered Android coding and developed My Child App, which is now used in 138 countries and helps track the growth of children from 1 to 24 months. It also guides parents on how to take care of their child.

In 2015, he was joined by Aafreen Ansari, a college dropuout from Bhopal who assisted Harsh with socially promoting the app. Over the next few weeks, Aafreen realised that she wanted to work on the app, especially since she had studied psychology in school. Happy with her vision and commitment, Harsh invited her to be a co-founder.

Harsh made it to the Forbes 30 under 30 list in 2016. My Child App was one of the pitching companies at YourStory’s MobileSparks edition 2015. [Read more]

Not a lot of individuals become a TEDx speaker, start one of world’s first android smart-watch companies, manage operations in an NGO, and get invited by former US president Barack Obama at the age of 19.

But Siddhant Vats did. Siddhant founded Androidly Systems with Apurva Sukant and two other friends when he was just 17 years old. He even delayed his high school education by two years for this.

Bhopal-based Hussain Saify in 2015 was working in his father’s shoe store and learning how to code as he manned the cash till. Months later, he launched his software services startup HackerKernel, with his first pay cheque of Rs 5,000. Today, at 21, his startup employs 25 engineers, has clients including Eduzina, Zingfy, and Madcue, and boasts of revenues upwards of Rs 1 crore.

HackerKernel provides mobile and web application development services to startups and enterprises all over the world with clients in Dubai, the US, and Japan. [Read more]

(Meet the rest of the entrepreneurs in the list who are proving that age is just a number.) 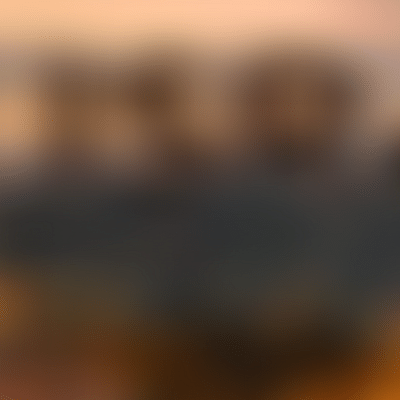 From Amitabh Kant and KP Krishnan to Srinivasan Srini and Geeta Goel, these esteemed speakers will enlighten MSMEs on the way forward