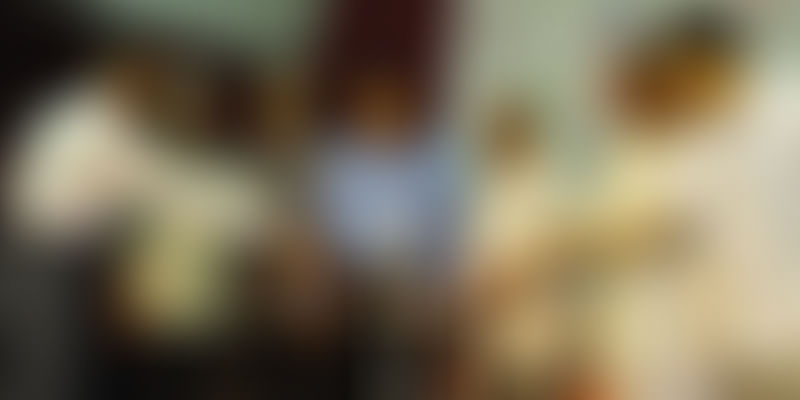 In my previous column, I had shared our idea of having a district-level entrepreneurs network that would support and empower Rubans (our term for the new Rural-Urban) to pursue their entrepreneurial dreams.

This January, we moved this idea to action. We launched 'AntarPrerana', a first-of-its-kind entrepreneurship network in partnership with the Department of Industries, Government of Karnataka, and district-level Chambers of Commerce and Industry in Bidar, Shimoga and Gadag. Two more Chambers in Belgaum and Davanagere will be joining shortly. For the first time, we rolled out an Entrepreneur Helpline (88616 32222) to provide Ruban entrepreneurs information on markets, business ideas, products and more, over a phone call.

Setting up AntarPrerana networks has been a journey of discovery and learning. It gave us an opportunity to interact closely with local entrepreneurs: DIC officials, district-level Chambers of Commerce and other associations, the local Press, academic institutions and students. This experience helped us gain new insights and perspectives on Ruban entrepreneurship, as described below.

1.  There is no dearth of role models in rural India

We encountered several entrepreneurs who have transformed their challenges into opportunities with their vision, innovation and perseverance. Despite limitations of infrastructure, network and support, as compared to their urban contemporaries, they equipped themselves to succeed.

One of our keynote speakers at Bidar, Niranjan Sheelavant, was a horticulture graduate who worked for LIC before becoming a social entrepreneur. He runs four companies in Bidar today with an annual turnover of over a million dollars and employs close to a 100 people. “When I started, I did not know many things, but I was strongly motivated. I failed many times, but there are always lessons to be learnt from failure,” he says.

Another local retailer, Veeresh Chidri, runs a multi-brand FMCG retail store in Bidar – but has global ambitions. He is currently advising a retail chain to set up retail stores in Dubai. Meanwhile, Ms Roopa Patil is providing back office support through a 20-seater BPO from Bidar.

Many entrepreneurs have successfully exploited opportunities in agriculture to grow their businesses. Mr Limbayyswamimath is an agri-entrepreneur who runs agri stores across Gadag and has become a local hero. Limbayyswamimath is the president of the Gadag District Chamber of Commerce and Industry that provides support to hundreds of local entrepreneurs. He feels strongly on the subject of mentoring. “Munde guri, hinde guru – ahead of you is your goal, behind you is a mentor who will lead you to it,” he says, rightly stressing on the need for role models.

The district-level DICs receive many applications for funding, but most of them get rejected because of lack of skills. “There is a huge gap in skills that needs to be bridged, and structured interventions are critical,” said Mr H M Srinivas, Joint Director of Department of Industries & Commerce (DIC), Shimoga. “It is not enough to have a good business idea, or funding. Entrepreneurs need to have the capacity, knowledge and motivation to make their enterprise succeed,” agrees Shivaraj Halashetti, President of the Small Scale Industries Association in Bidar.

The DICs run several entrepreneurship development programmes and schemes that can benefit entrepreneurs, but these can be leveraged more effectively by entrepreneurs. Mr. Neelkantha, Joint Director, DIC Bidar, said: “Developing entrepreneurship in a critical objective for the government and we will support all efforts and initiatives in this direction.”

Mr. R.I Kumbar, Joint Director of DIC, Gadag, echoed this thought, stating that the DIC is already running several entrepreneurship development programmes and funding schemes for entrepreneurs. One of the success stories we heard in Shimoga was of Ms Lakshmidevi, a housewife, who became an entrepreneur after attending a skill building workshop organized by AWAKE (Association of Women Entrepreneurs in Karnataka). A national award winning entrepreneur, she runs a successful food processing unit in Shimoga, and has showcased her products in Hungary, France, Italy, Germany, Switzerland, Austria and Belgium.

“The AWAKE workshop enabled me to pursue entrepreneurship. I started small, and grew iteratively. I constantly upgraded my skills so that I could tackle the problems and issues that came along the way,” she reveals.

“Entrepreneurship is one of the most powerful wealth and job creator that not only benefits oneself, but also strengthens society,” believes Dr Habeebur Rehman, Professor at Jawaharlal Nehru National College of Engineering, Shimoga.

Mr J R Vasudev, Secretary of the Shimoga District Chamber of Commerce & Industries, is a case in point. He worked for a corporate for 15 years before a chance occurrence made him start his own business. He runs a franchisee for multiple consumer goods in Shimoga. “If I had continued in my job, I would not have been so successful in life,” he says.

Together, we want to build AntarPrerana as a vibrant community network of local entrepreneurs in every district of India. The future looks exciting, indeed!