Startup buzz or bubble in India? Three VCs weigh in 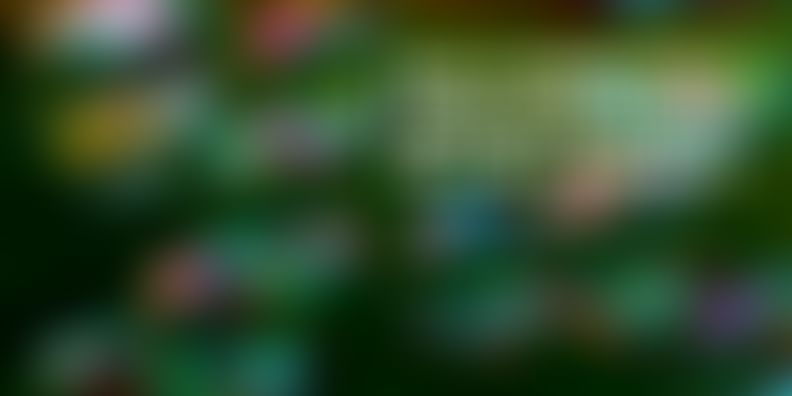 The startup space is buzzing in India. That much is sure. Startup events are packed to the rafters. Hackathons draw droves of coders. Angel investor groups, accelerators and incubators are mushrooming. Thousands of startup proposals are pouring in.

We need to point out here that startups failing is not abnormal; in fact, it is the norm. Entrepreneurship is a high-risk business. As an ecosystem matures, the capacity to take risks and accept failures goes up. It is possible that the Indian startup ecosystem is at a cusp where the fear of failure is getting balanced by an appetite for risk. Hence the startup buzz, but is that a bubble?

What exactly is a bubble? Most definitions call it an inflated valuation of assets or products, way beyond their intrinsic value, leading to the possibility that their prices will crash one day. Is that what is happening in Indian startups?

We decided to pose this question to those who put their money where there mouth is – the venture capitalists who have been investing in Indian startups. What follows are excerpts from conversations with three leading VCs on this question:

You can't call noise in ecosystem a bubble. When you see investors being on very friendly terms with entrepreneurs by giving hyper-inflated valuations of their companies, convertible notes with no discounts for the next round, series A and B valuations at hundred million dollars, those are bubbles in my mind. Because you are artificially creating an asset value which is inflated. But that is not happening in India.When you throw five lakh rupees at a company and have 1000 such companies being incubated in the country, that is not a bubble. The entire cost of those 1000 experiments is Rs 50 crore.

With fifty crores, if you can create 2000 entrepreneurs who experiment with ideas in this country, it is very very healthy. There are accelerators, incubators, funds, seed funds, angel investors, growing by dozens but not overpaying for the asset. They're paying fair value, paying five or ten lakhs, fifteen lakhs, 20-25 lakhs, experimenting with a lot of ideas, encouraging mobile apps to be built, or SaaS products to be built on the cheap. You are seeing hundreds of these ideas mushroom across the country and startups being encouraged in that sense. The losses that you make when these companies are written down are very very marginal, so there is nothing wrong with it in my opinion.

When winners emerge, they more than make up for all the losses that you have. Just because you see 100 companies coming out of accelerators or 20 companies each from seed funds every year, that does not mean there is a bubble. It means there are lower risk bets being made with smaller amounts of capital being multiplied here to see which teams or which ideas surface as the winners. As long as we are doing it at very very low costs, it is the right way to actually build the startup ecosystem, because it creates more opportunities for entrepreneurs to step in and make mistakes on the cheap.

The only thing I question is what an investor is doing to help the company overcome the challenges that it faces. That is what I am disappointed with. If everybody comes and says I will cut five lakhs, ten lakhs and somehow expect miracles, that is not going to happen. There has to be a systematic way of ensuring that the business risks are reduced. Unfortunately, for a company which has received fifteen lakhs or ten lakhs, nobody wants to spend time with them to shape their business strategy or tell them their mistakes or mentor them. To me that is what is noisy. You can't throw a little bit of money at a hundred startups and leave them in the field and ask them to figure themselves out. That will create a lot of noise in the market and make it seem like there is a bubble to the uninformed.

YS: If you are going to invest in a lot of companies, how will you be able to invest good time with each of them?

There are multiple points in what you have just raised. Especially, angel investors and angel groups do not have the time because it is not their full-time job. Accelerators and incubators are doing a decent job but they have to keep increasing the duration of their programme, because in two or three months, you can't do much. We have realised that with most of our companies, it is taking 12, 18, 24 months to get all the answers. This is India. It is going to take time.

At the same time, let us get our facts straight on what is a bubble vs noise vs lack of maturity. I am willing to admit that the last two factors exist. But if you are simply going to say that there is a bubble, it has to be corroborated with facts on how much capital has gone down the drain.

From an angel investor's perspective, he will say, I am going to spend money from my pocket, give twenty companies one crore, that is five lakhs each. Eighteen of them fail, and two of them make two crores for me. Who are you to say that is a bad strategy or a bubble, when I still made two X of my money. Can you do that in the stock market or anywhere else?

There is a lot of frivolous money in the market, but it is not behaving stupidly. It is not like they are valuing a PowerPoint business for five million dollars. That would be a bubble. Eighty percent of the deals at Blume are still below two million dollar valuations. So I am not perpetuating any bubble.

Read an earlier interview with him here.

Startups today do have a high failure rate. But that is no bubble in my mind. There will be a lot of money invested that perhaps will not give 100% success. The question is whether there were sufficient companies of size and scope that did create significant value.I don't think there is a bubble. I think there is a discovery of the kind of models that would succeed in India. I think we are well positioned to have some great outcomes out of this. There will be some wrong investments here and money will be lost, but that doesn't mean there won't be any successful companies.

An existence of a bubble would mean the whole thesis of investing in India itself was wrong. But I don't think so. I think India will validate the venture model.

YS: You had said in an earlier interview that an Indian company still can't be a global company without validation in the US. How long do you think it would take before India-based global startups are taken seriously?

From my point of view, right now, they are being taken seriously. I think there are companies that are breaking into the global arena, I think this will be the decade of Indian global companies, not only being created but being recognised.

Read an earlier interview with her here.

In a business like ours, you starve your losers and give more money to your winners. That is this business. This is not about those 10 failures or 10 moderates out of the 18. This business is about those 3 or 4 or 5 companies who succeed and 2 or 3 of the moderates.

If you look at the startup analysis anywhere in the world, only 10-15 percent of the companies survive even the third anniversary – 1000 days is supposed to be that critical milestone. Across the world, startups die. So startups dying in India and in our portfolio is not an exception. That is part of the game and will continue to happen. The question is how many of your startups fall in that category. Do you choose well? Do you use pattern recognition well to choose the ones that kind of break out of the pattern, which fall in the 10-15 percentage of the pack who succeed or may be even come out in the top 5 percent?YS: Isn't it a concern for you that exits in India are still few and far between?

I think from an exit perspective, it is still early days for India. I won't claim it is an established market. But look at Sequoia's last year. They had three large exits. Now if you look at all my peers – those who have been around for a long while like Canaan, Intel, Accel, and so on – everybody has these three or four companies that are doing exceptionally well, which might list in the next few years or would definitely get sold. So that is a pipeline of about 15 companies.

Given that there are only about 150-200 serious VC technology deals that are done in this country, if you get 5-6 exits of that kind, it is a good ratio. We are still not getting into 5-6, but we are getting there.

Read an earlier interview with him here.