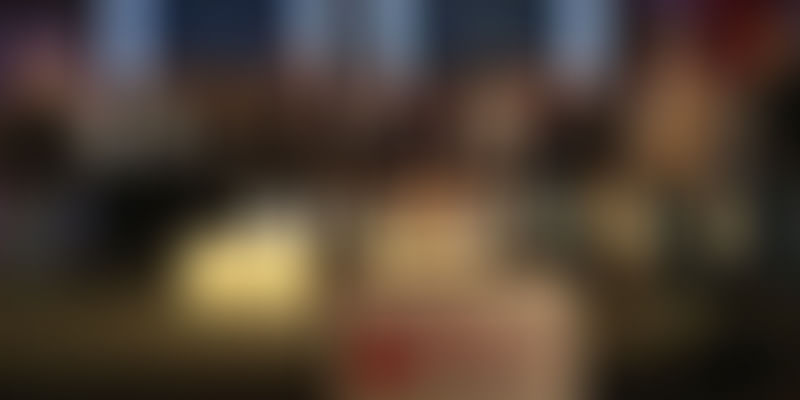 Digging below the mega-deal announcements of the big mobile operators and swanky product launches by handset manufacturers, the most interesting buzz at the annual Mobile World Congress in Barcelona is around emerging startups.

More startups and apps than ever before were showcased at MWC 2014, across two pavilions – App Planet (at Fira Gran Via) and Four Years From Now (at Fira de Barcelona). Innovation awards at the Congress included the GSMA Awards as well as the Swell Innovation Awards.

“We believe startups are the building blocks of innovation. Startups are transforming the way companies hire, operate, and grow,” said Mike Chen, head of innovation and digital at MobileMonday Silicon Valley and organiser of the Swell awards. The aim is to showcase entrepreneurs and also bring them in touch with corporate innovators, he said.

The Swell Innovation Award 2014 went to Newaer and the Audience Award went to Seene. The winner of the Swell Impact Award was Upworthy, and the Audience Award in this category went to Songza. I have described the winners as well as the startup finalists below (see also my earlier columns on startup showcases from Spain, South Korea and Catalonia).

Beatpixels (UK): Beatpixels specialises in bespoke products for the audiovisual and entertainment industries.

Evrythng (London): Evrythng helps manufacturers connect with consumers directly through their own products, using smartphones and intelligent identities for products on the Web.

Linko (San Francisco, Berlin): Linko is a CRM system and address book that enables its customers to freely pick their favourite mobile and cloud applications to automate customer relations management.

Newaer (London): Newaer is a mobile proximity platform that connects users to mobile networks through SDK that uses any available radio signal. It has received investment from Intel Capital and T-Venture.

Lifesum (Stockholm): Lifesum is a digital health startup, bootstrapped in 2008. It aims to make people healthier and happier by using applied psychology and technology.

Momentfeed (Santa Monica): Momentfeed is a location-based marketing platform that enables brands to interactively engage with their customers at the local level. Founded in 2010, it has raised $8.5 million from Signia Venture Partners, Double M Partners, Daher Capital, and Draper Nexus Ventures.

Nationbuilder (Los Angeles): Nationbuilder is a platform that helps leaders grow and organise communities. Founded in 2009, it has raised $14.8 million from Omidyar Network and individual investors.

Songza (New York): Songza produces mood-based curated playlists for users. It predicts what you are doing or feeling and then serves an expertly-curated playlist designed to make it better. Founded in 2007, it raised $6.7 million from Amazon, Lerer Ventures, Deep Fork Capital, Metamorphic Ventures, and individual investors.

Thoughtful (Shanghai): Thoughtful creates and distributes online programming designed to engage audiences specific to their objectives. Founded in 2011, its investors include RHO Ventures.

Vice (New York): Vice is an online network which provides streamed original content, 24 hours a day. Founded in 2006, it has raised $10 million in investment.