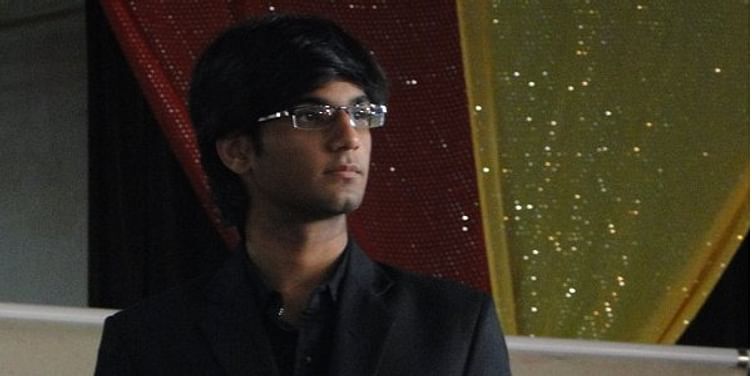 “If we manage to nurture a thousand more kids like him, India’s future is sorted,” Brij Bhasin told me, making an introduction to a young man at the #GSFHacks event in Gurgaon. I generally take all the child prodigy stories with a pinch of salt but this time around, I had the wiz kid right in front of me. He was coding away in a corner of a room along with 99 other coders who had made their way to the top of the 30-hour hackathon.

“I’m building this app for people who work with multiple languages on their phones; it is a captioning tool,” he went on to explain the hack he was working on that morning. It also had a feature that could transcribe as we speak and record the conversation in text. Minutes of the meeting, anyone? The code was already working pretty well and we were hardly through the first three hours of the 30-hour hackathon.

Raghav Sood started coding way back when he hadn’t even turned 10. “I was just fascinated with computers. I started out with the usual C, Java, etc. but I got really excited when I came across Android,” he tells me. Augmented Reality was an area he was really interested in and started learning more and more. “I was really active on Stack Overflow. I was contributing on many of the threads there and many other portals,” says Raghav. Looking at his activity, Appress approached him to write a book called, ‘Pro Android Augmented Reality’ (book on Flipkart).

The book walks one through the foundations of building an augmented reality application. “From using various software and Android hardware sensors such as an accelerometer or a magnetometer (compass), one can learn the building blocks of augmented reality for both marker- and location-based apps,” says Raghav. The book was listed in the top #100 books on Amazon in the Game Programming and Handheld and Mobile Devices categories for close to two weeks after publication. He is the youngest Android author in the world.

It was in early 2011 when Raghav received his first Android device, an LG Optimus which was running on Froyo. This is when he began working on Android and the only way forward has been up.

Learning on the job, he started his company Appaholics under which Raghav has published 10 apps. Many of the apps played on the loop holes that Android had and allowed users to have better experience like the Permission Manager that has more than 100,000 downloads. “I haven’t built an AR app under my name but have done a few projects on contract,” says Raghav.

He regularly takes part in the Android-developers Google Group, trying to help whoever he can. Going beyond developing apps and programs on his own, he is also developing libraries to help other developers.

Raghav has just finished grade 11. Many such stories end up in youngsters dropping out of college, but says Raghav with a smile, “Well, I just have a year to go for school, so I’ll definitely finish it.” Going ahead, Raghav wants to study at Stanford and specialize in Artificial Intelligence.