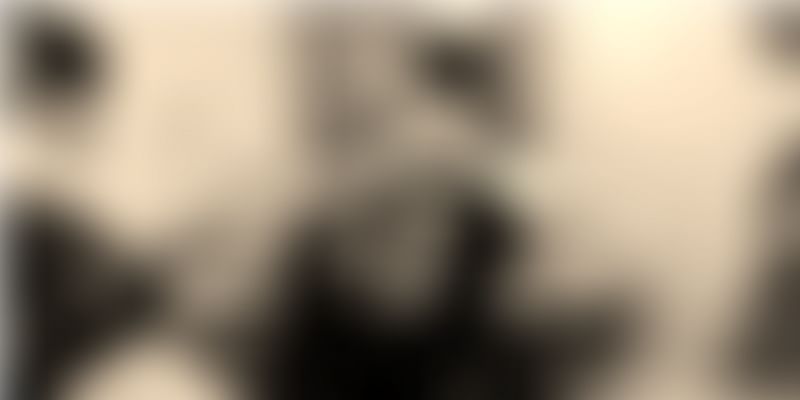 Dilshad Patel is the foremost proponent of a novel method of well-being and therapy called Movement Therapy (MT). We caught up with her at the Healthcare 2.0 India Conference.

SS: Please tell us a little bit about yourself.

Dilshad Patel: I have been an Indian classical dancer since I was five. I did professional Bharatanatyam for 12 years. Then I moved onto dance training and Bollywood dancing. I then went to New York to train in Afro-Carribean, Jazz and Salsa. While undergoing the training, I was working with a non-profit organization that helped sex workers using dance therapy. This is where someone introduced me to the concept of Movement Therapy.

I then came back to India and started working with prisoners, kids from schools and disadvantaged children. I started propagating the message of MT. And now my focus is on the use of MT in healthcare, and preparing a curriculum for caregivers, doctors and practitioners.

SS: What does a movement therapist do?

Dilshad: The job of a movement therapist is to enable patients or clients in the emotional space using movement and the body as a tool. Basically, it is a kind of psychotherapy that uses movement as a healing force. The movement therapist taps into the innate nature, the healing nature of movement to create success in the body.

SS: Can you give us an example?

Dilshad: Ok. Let’s say a person is completely depressed. So, what is the first thing that you’d notice in a person who is completely showing depression in the body? Downward motion, the expressiveness is low, the chest is concave, and the shoulders come forward. Now, the movement therapist not only talks to the client verbally, but through non-verbal communication using the body, they ‘become’ this depressed client. We’d typically start the session with a warm up where we become the client and then we start moving. Suddenly, through a mirroring process, I am going to straighten up my back and shoulders. As a consequence of the mirroring and matching, the patient or the client will straighten his back and shoulders. There is a huge difference in perspectives when you are low and down and when you are straight and back.

SS: How much of an impact will this have on the patient/client?

Dilshad: Although this is just incrementally successful for the patient or the client who is doing the therapy session, imagine if you were working with a thousand different cues that the patient or the client brings, taking those cues, responding to those cues, changing gesture postures to create a different sense in the body can work wonders. What we work with is Energetic Dynamic. We are working with perhaps, directness and indirectness of motion; texturizing the body. If a person is constantly stiff, I am going to add lightness to the motion. If a person is only moving forward, I’ll add in a little bit of direction.

SS: What are the various populations that you’ve worked with?

Dilshad: I’ve adapted the basic tenets of Movement Therapy and used it for various populations. I have worked with children and prisoners. I used to work with the under-trial ladies in the Byculla women’s prison in Mumbai. However, the project was a bit short-lived, because I had limitations. Whenever I’d go into the jail setting, the prisoner would have left and there would be a new set of people. It wasn’t really effective, which is why the program was terminated.

SS: How have you been using MT in healthcare?

Dilshad: I’ve already taken it to hospitals. I’ve worked with patients at Asian Heart hospital, under the guidance of Dr. Ashish Contractor. We’ve also conducted an experimental pilot study where we conducted twelve 90-minute sessions with 15 patients and the hospital sponsored a few tests. And through several tests, we worked with MT to solve psychological issues that cause asthmatic attacks. Everyone reported improvements in the six-minute walk test. We also had mild improvements in the other tests. However, in Perceived Stress Scale, everybody noted psychological improvements and overall it was a success story because two patients noted that they didn’t feel like taking the evening dosage of medication. The patients felt so much more confident in the body, resulting in health quality improvements.

SS: You’ve also been working with sportspersons and cricketers?

Dilshad: I’ve adapted the tenets of MT and developed MTS (Movement Therapy for Sports) that was implemented by the IPL team Rajasthan Royals for two seasons — IPL 3 and IPL 5. I’ve also worked in conjunction with the World Cricket Academy, with the Canadian cricket team for the World Cup in 2011.

MTS is a training method for sports optimization where you give a player a stronger sense of self-concept and self-awareness. We not only work on the fitness elements, but also on honing the psychological and emotional issues. What we have observed is that after MTS sessions, players function differently, their team bonding is better, their understanding and response time is better.

SS: How do cricketers react to the novel concept of MTS?

Dilshad: Cricketers are generally a little apprehensive when they start a new coaching program. However, they adapt themselves over time and realize that this is going to add value to their game. We use movement analysis, assessment tools etc. to improve their emotional and psychological well-being.

Dilshad: Phase-2 is to train the coaches and trainers to use the MTS method, both in India as well as globally. I am going to propagate it for basketball, swimming, diving, golf, table tennis and tennis. So, going forward the MTS will be used for any and every sport.

SS: How can MT help people with stress, especially entrepreneurs?

Dilshad: All of us have stressful lives. It’s just about how we are able to conduct ourselves in relation to the chaos that is going on around us. The world is constantly changing. It’s how you shape your body in relation to the world that actually has a greater impact on how you perceive yourself. And that’s the beauty of MT. We not only work with physical and fitness elements, but also with movement to tap into the psyche and the emotional aspects.

Other interviews from Health 2.0:

There is no point in science if it doesn’t reach the community: Lakshmi, Founder of MDCRC