What Did I Learn By Getting Fired From Blackrock UK 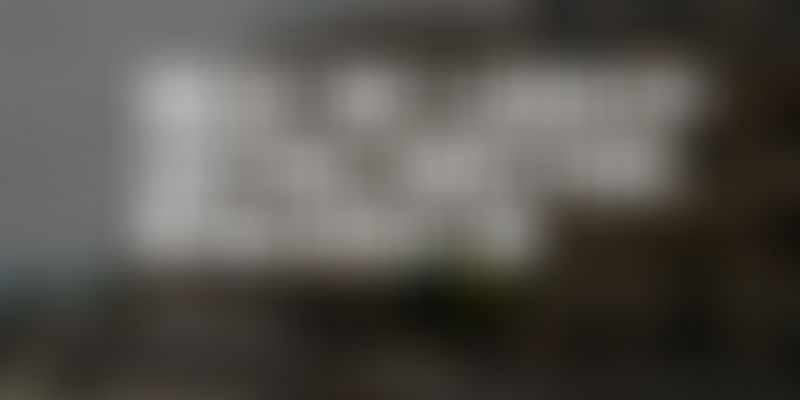 Life 2.0 is 32 onward and this blog is accounting it. Life 1.0 wasn’t bad but there are some incidents that are my dark past. They are big scars on my life but then they have also helped me to be a better person. I am still a work in progress since I am a slow learner.

One of my dark secrets that I hardly talk about is that I was fired from Blackrock, UK. It took me years to overcome the pain of being fired and my fault – I told a lie. But then rules are rules you can’t tell a lie at work. Work is worship and you can’t lie with it.

Running Lighthouse Insights today I understand what it means when people say work is worship.

I have kept this truth with me for years and I think I have the confidence to let it go now. It isn’t easy but then I am a man made of my mistakes.

In the beginning of January 2007, I had already finished three years of onsite period and my offsite team wasn’t happy with me. I worked hard, kept my client in my good books and made smart moves that made my UK HSBC team happy.

By now I was mad of English beer, football and the weather too. So I started my hunt of finding a job in London. I wanted to have a salary in pound, wear expensive suits to work, walk into clubs on Thursdays and live life the way I wanted.

My colleagues said that I can’t get a job in UK since there are problems as no one gives work permit.

Blackrock, UK provided me a work permit after five intensive rounds of interesting interviews. After my fourth round of interview I was back in India since HSBC onsite was over and my last round was on phone.

I resigned from HSBC in July and I got the offer letter in August 2007. By October I had my work permit stamped for five years and I was once again back in London with my all time best buddy, Sameer Chaudhary.

For two weeks I was with Sameer in his apartment, every day was a party and it was all on Sameer as I was yet to get my first five figure pound salary. I got it and I was in heaven as if I was prince Charles. I was in the sky and I forgot the ground.

Blackrock gave me everything – work, respect, independence and in three months I was given bonus for my great work. Thanks to my boss who recommended me for my work.

My boss resigned and I had a new boss. Things were not in good shape with him from day one. But I went on working I had been doing like before, I had to do things differently now because of my new boss.

By now my life was really worth it, I had a sea facing apartment in Canary Wharf and weekends in clubs with Sameer always beside me. I knew one thing work hard and party even harder. I was living my life as if it was a dream.

But very soon the dream was about to end and I had to start my life from zero.

26th March, 2008 – the day when the long Easter weekend ended, I decided to avoid work. I didn’t inform my manager and kept sleeping. After some time I got a beep sound on my Blackberry and it was a morning email from my business manager who inquired if I was not working today. Interestingly the email had a read receipt on. I still didn’t feel the need to reply. Arrogance, taking things for granted ? True.

I finally got an email from my boss who enquired about me. I replied that I had problems to get back to London and I forgot my Blackberry at my friends place.

My first lie forced my manager to invite me for a disciplinary hearing with serious charges that could result in a dismissal.

My entire world came crashing as I was invited to my first hearing of my life. I was invited into a room with two HR people and my boss. I was asked to explain what happened; I started with a lie that I was sick on the day and I was at my friend’s house in the weekend. I decided to come to work and got back to my flat, I took some medicine but I was weak and slept again. I couldn’t mail as I had left my Blackberry at my friends place.

I was asked what about about the mail receipt? I told a lie again that it was accessed by my friend’s cousin. This made the HR angry and said this could have financial investigation on me since Blackrock data is confidential and how can my friend’s cousin accesses it.

A lie is good till the time you are not caught.

I broke down and said the truth that I never thought that not informing my manager is an offense in the rule books of Blackrock. I told a lie to save my job as I was scared that I might be thrown out of my job which was the only asset of my life.

But then it was too late for any existence of truth, my dream was over.

I was called the next day and I was told to report to the HR without going to my desk. Interesting part was that everything was blocked in Blackrock for me from emails to computer to the access card, since a case was going on.

From a best employee, I was a culprit and I am to be blamed.

I was asked to deposit my Blackberry after I was told that I have been fired because there was no space for liars in Blackrock. Was I prepared for this? yes I had a feeling. Sameer had come with me on that day like a father with his kid to hear about the result and if I was safe.

I had a chance to submit appeal against the decision. Three lawyers with Sameer leading them prepared my case; I was prepared every day so that a miracle happens. But my luck had already packed my bags and my appeal had no substance. My lies did the 90% job and the rest 10% my boss sealed it with his statements.

That’s how a lie changed my life, my visa was revoked, getting another job was impossible and I had to return to India with my brother paying for my air tickets. I came back to India with debt.

This episode in my life shattered my confidence. At the same time it also changed how I looked at things. I appreciated life more and for the first time I paid respect to money.

However, my biggest learning from this episode was – never take things for granted and appreciate the beautiful things you have in life.

Sameer stood like a rock in my bad phase and I am in a debt to him for my entire life. It took me years to overcome the firing episode. People moved on but I lived in my dark dream going for nights. As I write this post I can see everything clearly in front of me.

Things have changed quite a lot after I met my wife, we started our startup and I finally saw that I had meaning to my aimless life. For the first time I was doing things that I love and I worship my work.

With time the affect has reduced quite a bit and I am made of such experiences. Today this has helped me immensely to be a pragmatic entrepreneur.

Prasant Naidu, Founder and Blogger at Lighthouse Insights. Loves to experiment in social media and believes social media is a game changer for SME’s.