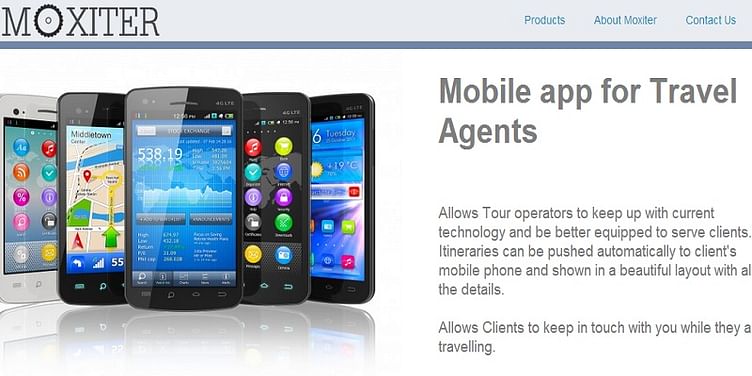 Traverik is a trip planning startup founded by Ashutosh Pande in 2013. The company showed promising growth and went on to become one of YourStory's WebSparks. In a recent development, the company has pivoted and launched a product for travel agencies. The enterprise solution is called Moxiter and is based on the travel planning consumer product that they have with Traverik.

Targeted at travel operators and destination management companies, Moxiter has been designed to simplify the things that matter to tour operators – sourcing and managing product efficiently, fast and accurate quotations, improving margins and increasing sales.

“We have always believed that tech solutions are not made in silos. We worked with travel businesses right from the early days at Traverik, trying to understand the problems they faced. Moxiter is the enterprise solution for travel businesses that allows them to move away from traditional paper-pen model to full automation of their businesses,” says Abhishek Deo, Co-founder and Business Head at Traverik. Moxiter is already operational with a bunch of pre-launch clients and has resulted in travel plans worth more than $3 million USD (other metrics haven't been disclosed).

“Having won great many awards and positive reviews from users, we started receiving requests from travel businesses around the world, right from China to USA, to open up the platform for B2B segment. That is when we sat down and wrote the B2B module to work on our already existing platform,” says Abhishek about the thought process behind Moxiter. As far as handling the two properties are concerned, the team will operate Traverik and Moxiter independently. “Since the platform is same, the same tech team works on both. Revenue boost from Moxiter has given us the leeway to hire more people to cater to business development needs,” says Abhishek.

This team of less than ten people is mainly based out of Bangalore whereas the business development guys are across three countries. Moxiter is run on a subscription based SaaS model and is also the major source of revenue for Traverik at the moment. The product is primarily customized for two segments -- destination management companies and tour operators/travel agents.

Traverik has been in the space for more than a year and we asked them to share some of their learning over the period, here's what they had to say:

• Go out and talk/work with relevant industry people.

• Focus should be on building business & generating revenues.

• Flexibility and experimenting with ideas is essential in the early stages.

The internet travel space as a whole has been growing by leaps and bounds with startups cropping up throughout the funnel. The trip planning space itself has a bunch of players from India with the likes of MustSeeIndia, HolidayIQ and MyGola leading the pack. All the top players are venture backed and the race is to take a big piece from the inspiration to transaction cycle of a traveler (inspiration is when the traveler is reading and making the plan for a trip and transaction is when he or she books- see full funnel). This move from Traverik is very realistic and enters a space where there is more certainty of revenues. It may define the outcome of the startup and how it develops.