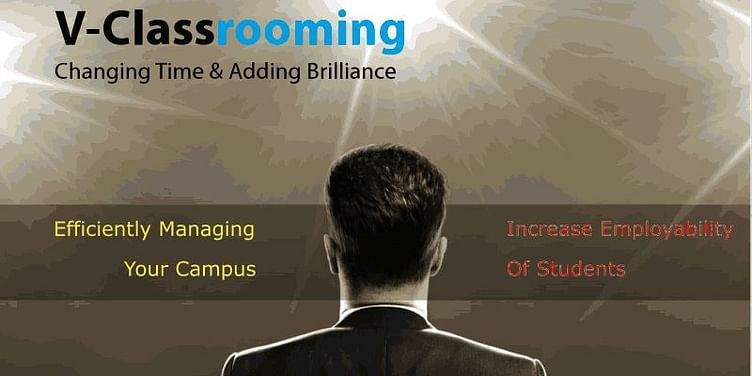 A bunch of friends got to discussing how much our society needs a good professional network that provides a synergy between professional, social and business forums of an individual’s life. This led to the conceptualization of Voniz by Pankil Shah. Withdrawing from his MBA a semester before its completion, Pankil moved to back to India to pursue his entrepreneurial dream of launching a professional network.

How did it unravel?

The idea evolved to a broader aspect when Pankil saw the opportunity of tapping in the market of learning management system that is integrated with a professional network. The system is built with absolute synergy between admins, teachers, students and companies to facilitate effective and organized communication. Their product- VClassrooming bridges the gap between educational enterprise, resource planning and learning management system which avoids the need to purchase different software’s in order to manage the various functions.

Before starting up Voniz, Pankil was involved in a small business providing analytics and recommendations on currency market. Pankil strongly believes that the best part of a venture is a solid team. He further explains that Voniz stands for virtually organized while VClassrooming stands for virtual classroom.

Pankil’s strongest supporters are his brother Sapan, who is the Marketer of the company and friend Sharmil, Programmer, who are part of the dream they strive to achieve. He believes, ideas don’t succeed if we as individuals don’t. Developing UI that is adaptable to all audiences is quite a difficult task, says Pankil. To best cater to the user’s need, they are constantly collect feedback from their users and keep their designs updated. Their target audience is college students.

There are plenty learning management systems that already exist but, Pankil says, that a system that can provide a whole sum solution to all campus management needs doesn’t exist. Blackboard has the maximum market share in Learning Management Systems. Apart from that, Moodle is an open source. Voniz claims its USP to be “100% customizing” for their products.

Their cost of running the start-up was earned by begging and borrowing from their relatives. Speaking about his personal life, Pankil says, that it’s been a funny mix of the team. While Pankil is married with his wife living in the US, Sapan is single, Sharmil and another lead programmer Mital, are married to each other. Their family and professional life ride alongside each other.

They've conducted the first ever musical flash mob in India where more than 100 guitarists across Gujarat participated and about 100 singers came together to support the cause for poverty. As a start-up, all companies face challenges. Similarly, early on, his product company faced the challenge of introducing a new concept that could change how learning works in institutes. Even after they had pitched the product and most liked it, there were times clients would be reluctant to build an initial relationship. This was because they thought the company would disappear in a few months. What was more of a task was to make them believe that their company was here to stay, says Pankil.

A million dollars goes a long way according to Pankil. Instead of aiming to prove it to others, he wanted to convince people that plenty of money is not needed to start a business. He further adds by saying that, million dollars would be like nourishing a plant to be stronger when it is already growing. He also suggests that his fellow entrepreneurs and those aspiring, should be passionate, must always plan and avoid listening to everyone else who dares to bring you down.