Wild City: how a UK-based couple moved to India and made a place in the music and events space 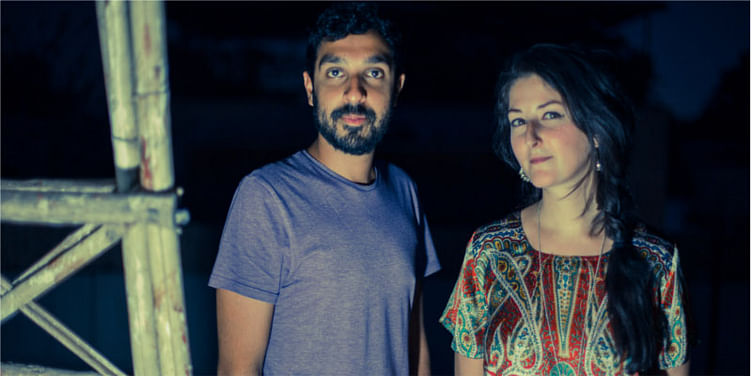 Sarah Fatemi and Munbir Chawla met in the UK where Munbir was studying music production. Munbir had experience in pretty much every aspect of the music industry from sound engineering to stage management, while Sarah’s work involved organising cultural events, carnivals and productions. In London, Munbir worked closely with artists in the post dubstep/electronic space and the duo was seeing it explode very fast. They got together the first to start up an online music magazine called, ‘Wild City’. Subsequently, they got married.

Things were reasonably good but the recession in the UK wasn't doing them any favour. The two had always harboured a dream to take something unique to India. “We were seeing the electronic scene growing in London and we kind of knew that it was going to catch on quickly everywhere. It made sense for us to transfer these skills to an emerging market like India where the music and events scene really looked like it was starting to pick up,” says Sarah. They packed their bags and shifted to India to startup afresh.

They had a good network back in the UK but in India, they were starting from scratch. They spent a few months looking at the scene and started making inroads. “We wanted to do a mix of things. The online music magazine was definitely one of them, but we wanted to do a lot of events,” says Sarah.

Based out of New Delhi, the duo started out slowly and over the last couple of years, they've managed to pull off a great show. In 2013, after hosting a string of events, Wild City launched its own music festival property, Magnetic Fields Festival. As a music and events company, Wild City has multiple revenue channels and a business model that stands on a lot of pillars:

Shifting nationalities and starting a business in India must have been a tough move. But Sarah reveals a surprising fact that at least with events, things move a lot faster in India! “Planning an event can happen in the space of a week and it'll still be successful. Back in the UK, things are organised much further in advance, adjusting in this respect took time,” she says.

Wild City only has Sarah and Munbir working full time at the moment along with a strong network of collaborators. “I spent a very long time putting all my energy into working for other people. The more I did and the more I achieved, the less I was appreciated and more was expected. Nothing beats working insanely hard and knowing that you are going to be directly benefiting from it rather than some thankless old man/woman. Working in India, especially in a sector that is so new is incredibly rewarding and a huge drive. I really don't think we are doing anything remarkable/new/different. However, we are certainly among a handful of people doing this for the first time here and so the opportunities arising out of this and the partnerships that are being forged are incredibly exciting,” adds Sarah.