One more reason why Elon Musk is the real Iron Man 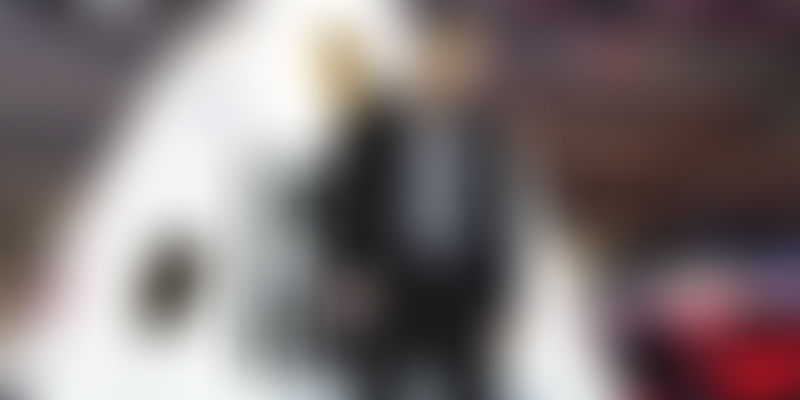 The real Iron Man is back. The serial innovator and billionaire entrepreneur behind the next generation technology companies like Tesla Motors and SpaceX, Elon Musk has done it again. Just a few hours ago, ElonMusk has unveiled his firm's latest innovation — the Dragon V2 manned spaceship.

The design of the spacecraft was revealed in an event at the rocket factory of Space Exploration Technology Corporation (SpaceX) in Hawthorne, California. This commercial crew capsule will fly astronauts on trips to and from the International Space Station for NASA.

SpaceX's Dragon Version 2 crewed spacecraft has a sleek interior design, complete with a large tablet-like computer that swivels down in front of the capsule's tan leather seats. The manned space capsule can ferrying up to seven astronauts to and from destinations like the International Space Station. Elon Musk said,

I think it's really a big leap forward in technology. It really takes things to the next level.

When we first created Dragon Version 1, we didn't know how to create a spacecraft. It's was a great proof of concept when it was built. It showed us what it took to bring something back from orbit, which is a very difficult thing to do. Usually when something comes in from orbital velocity, it burns up in a big fireball. But going from Dragon Version 1, we wanted to take a big step in technology.

The new spacecraft should be able to touchdown back on land with the accuracy of a helicopter. Like the unmanned Dragon, the Dragon V2 will launch atop SpaceX’s Falcon 9 rocket, and is powered by solar panels. It carries parachutes for a water landing. However, the crew capsules will be outfitted with launch abort engines, called SuperDraco thrusters, to serve as an escape system during a launch emergency.

Musk commented during the demo at the event, "That is how a 21st-century spaceship should land. A pilot will also be able to park the spacecraft using manual controls if needed."Elon Musk founded SpaceX in 2002 with the intention of lowering the cost of spaceflight with affordable, reusable technologies and 12 years later the company has created Dragon Version 2 which can be rapidly reusable.

He said, "You can just reload propellants and fly again. This is extremely important for revolutionizing access to space because so long as we continue to throw away rockets and spacecraft, we will never have true access to space. It will always be incredibly expensive."

SpaceX’s unmanned Dragon Version 1 capsules have flown three of 12 cargo missions to the station for NASA under a $1.6 billion deal using its Falcon 9 rockets. The Dragon V2 is SpaceX's entry to fly NASA astronauts to the station as part of the U.S. space agency's commercial crew program, which aims to have at least one American astronaut taxi ready to go by 2017.

Here's everything about Dragon version 2 , the latest innovation from SpaceX explained in infographics: